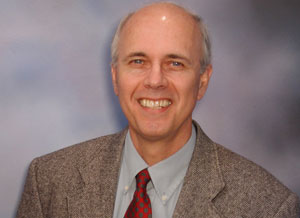 Much could be said of Sailhamer’s career in teaching and publishing. He was beloved by his students, whom he inspired to a close reading of the Hebrew Bible. The numbers of his students who now serve in the academy—both inside and outside of evangelicalism—not to mention the pulpit, attest to his profound influence in the field through teaching and supervising PhD students. Besides several other books and articles, Sailhamer authored noteworthy books such as the NIV Compact Bible Commentary, Introduction to Old Testament Theology: A Canonical Approach, and Genesis in the Expositor’s Bible Commentary series. Some of his works reached a popular level; others were aimed at the academy.

Among the halls of his former institutions, Sailhamer was best known for his reticence to use sociocultural, geographical, and archeological information, et al. in the service of understanding the biblical text. Students naively popularized this reticence as an unwillingness to use “history” when interpreting the Bible. For Sailhamer, it was not this simple; all matters of philology come into play in interpretation. But for those who thought each narrative, legal code, or prophecy—any Old Testament text in reality—validly conveyed meaning when understood against a putative setting external to the book given by an author, Sailhamer’s writings argue otherwise.

I had the opportunity to sit under Sailhamer’s teaching and influence in the classroom, in Sunday School, as a TA, and as a PhD student. Unlike storied situations about arguments with colleagues at former institutions, Sailhamer was like a patient, gracious grandfather with MDiv students and members of his SS class. Even when questioned about his hermeneutic, Sailhamer’s eruditeness and years of classroom experience gave him the ability to persuade students graciously to his point of view.

Among the many experiences that might honor his memory and encourage readers to delve into his works, two quite contrary anecdotes come to mind. I won’t soon forget an experience I had with Sailhamer as a PhD student while also serving as his TA. I could knock on his door unannounced since I regularly picked up papers to grade. His secretary trusted me and would make copies when necessary. Of course, Sailhamer’s library was the envy of quite literally everyone I know. During my own research, I had come across a book unavailable in our library. After a careful search, there were only a few copies on the East Coast: one in William and Mary’s library; the other in Sailhamer’s office. He actually had two copies! One was a Xeroxed copy that had seen many years. The second was a hardback edition. Quite adroitly, I must say, I explained to him what I needed and why. I thought it was a slam-dunk. I explained that I could grab his duplicate and quickly have his secretary copy the needed pages. It would never be more than twenty steps away from its spot on his shelf and never out of the eyesight of his secretary. His hardback edition did not need to leave its sacred space. Without a hint of quibbling, he flatly said, “No. Your job is to find the books. Mine is to have them.” Sailhamer loved his books and his rule was that none of them ever left his office. My point? Sailhamer guarded his library because it was his fellowship with academicians and scholars in the distant past and from various cultures. It is quite ironic that now SEBTS houses the Sailhamer Library, which contains his many rare and scholarly books. I still cannot take books out of “his” library but I no longer have to knock. Later, that afternoon of the incident, he passed me in the parking lot and with half a smirk said, “Are we still friends?”

The second anecdote involves the inclusion of one of his articles in an edited edition. I happened to come into his office shortly after he received a request to include the article in a volume and he was excited in a way that I had not seen before. After reading the article many times since that day, I am beginning to understand his excitement because it, more than any other of his works, offers a revealing snapshot into what he was trying to accomplish in his scholarly pursuits. The article was his contribution to Ben Ollenburger’s Old Testament Theology: Flowering and Future. He had actually written that article pre-2000 for the Wheaton Theology Conference in April, 2000.[1] Interestingly enough, I attended that conference as my very first foray into the academic study of the Bible. It is in this article that Sailhamer attempts to deal with what is now arguably turning into a consensus in Old Testament studies: the way in which the Old Testament comments upon itself. To put the matter another way, scribes (and prophets?) continued to comment upon, expand, and clarify biblical texts until these texts, along with the scribal expansions, congealed into the books and sequence that we now call the Hebrew Bible or TaNaK. No other evangelical was trying to handle Scripture’s complexities while still maintaining a robust view of its inspiration. Other giants in the field of Old Testament Studies such as Michael Fishbane and I.L. Seligmann had already proposed such notions. In fact, an early conversation partner in Sailhamer’s pursuit was Abraham Geiger, a nineteenth century German Rabbi. His interaction with Geiger is yet another example of how his bookishness extended far beyond that of his own tradition and language. Books were his way of standing on the shoulders of giants. Perhaps it is time we stand on his.

[1] The article, “Biblical Theology and the Composition of the Hebrew Bible” was first published in Scott Hafemann’s edited volume from the conference, Biblical Theology: Retrospect and Prospect (Downers Grove, Ill.: InterVarsity, 2002), 25–37.

For further reading on Sailhamer’s work, we’d recommend the following:

NIV Bible Compact Commentary. We’d recommend this to every Christian, not just scholars/seminarians.

The Meaning of the Pentateuch

“The Messiah and the Hebrew Bible”