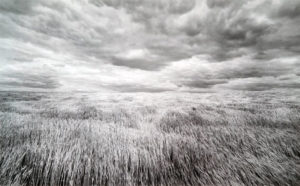 It is reported that before William Carey left for India to begin the Modern Missions Movement he was told by J. R. Ryland “Young man, sit down; when God pleases to convert the heathen, he will do it without your aid and mine.” Surprisingly, it seems that a similar debate is taking place within the SBC. In fact, it has been implied recently that Britain is now pagan because Carey left England and launched the Modern Missions Movement. This “fact” is being used to justify keeping larger concentrations of missions dollars at home instead of getting them around the world.

This was a difficult decision for the KNCSB but they believe it was necessitated by two factors: 1) the current economic situation and 2) the GCR category “Great Commission Giving.” The KNCSB says it could weather the economic climate but it cannot weather the GCR (that was overwhelmingly adopted by the SBC messengers in Orlando). This move, however, raises several questions:

1. Is the KNCSB “jumping the gun?” While the SBC did adopt the category of GC giving at this year’s annual meeting, not one of the GCR recommendations has taken effect yet. That means that the GCR has not had a drastic affect on the KNCSB yet, and if churches are choosing to give in a designated way then that was a trend that started before the GCR. It seems that blaming this move on the GCR is not fair. This reality leads to the 2nd question.

2. Why are more churches choosing to give directly to mission causes rather than give as they have traditionally done through the KNCSB? This is a key question that honestly needs to be asked across the board in the SBC. Has the KNCSB asked this question of itself and seriously dealt with the emerging answers? One answer that has been given to this question is that churches are dissatisfied with the small percentage of CP dollars that state conventions send to support National and International mission causes. If that is the case then I fear that this move by the KNCSB will not only not help but will in the end make matters worse. Instead of this quick action it might be better for the KNCSB to seek out the answers to these questions from the churches and then adopt a strategy that is enthusiastically supported by the churches.

3. How can the KNCSB expect their churches to “give more” to the CP when they are not “giving more” themselves? It is an exciting time because several state conventions are stepping out in faith to lead the way in increasing their missions giving to SBC causes nationally and internationally trusting that the churches will give more as well. I am thrilled to see my state convention in Kentucky take the lead on this by considering the move to a 50/50 split of CP funds, as well the Florida Baptist Convention.

There are encouraging trends in frontier states. The Nevada Baptist Convention and its four associations will vote to merge into one entity and increase their CP missions giving by two-thirds over the next five years. The Baptist Convention of New York is also increasing its giving to national and international mission causes, as well as set the goal to start a 1,000 new churches in New York. These frontier and underserved areas are wanting to increase their role in the national and international missions process. At the same time, the GCR recognizes the situation in these frontier states, like Kansas/Nebraska and others, is different than the Southeast for example. The call has been for more mission focus in these areas through NAMB and others, not less.

4. Can we really blame the paganism of England on the Missionary zeal of William Carey? Quite honestly this part of the article deeply saddened me. What would the writer have had Carey do? Stay in England and let the Indians go to Hell? Why should we worry about “them?” Why not just worry about “us?” This leads to my final question.

5. Will we have the attitude of Jonah or the heart of God? Jonah did not want to see God bless the nations because he thought it would weaken Israel (his home). Yet, God’s heart for all peoples was on display. Revelation 5 and 7 tell us that God is not just concerned with the amount of people in Heaven; He is also deeply concerned with the amount of peoples in Heaven. If the SBC, like Jonah, begins to set its gaze on itself it will implode. If we choose maintenance over mission then we will continue to decline. We cannot lower our focus on the ends of the earth and only be (or primarily be) missionaries in our backyards.

Many people who love Jesus and lost people will have strong disagreements about how all of this should work out, but I hope that we can all agree that there are serious questions that we need to answer very soon as a convention. It is in the context of these questions that I would like to make a plea to all Southern Baptist partners.

This plea is to be willing to ask tough questions and adapt because things are changing. Churches, especially those led by a younger generation, will want to increasingly stream line what is done by denominational agencies and emphasize missions to the unreached over sustaining denominational ministries in our backyard. This trend was made clear by the election of Bryant Wright as President of the SBC. These churches will take the lead in evangelizing their “Jerusalem” because they believe it is the role of the local churches to evangelize their city/state, not the role of associations, state conventions, seminaries or any other SBC partner. They will also want the money they give to cooperative missions to end up in the hands of church planters and missionaries to Unreached Peoples. If Southern Baptist partners don’t recognize this, then they will likely see more and more churches deciding to give their money through “direct giving.”