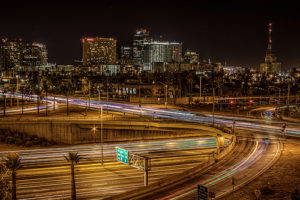 For over 300 years local associations have been helping local churches cooperate together to carry out the Great Commission. Associations were doing this before there were state or national conventions.

The GCRTF was commissioned to study what we do as a convention and bring back recommendations (and challenges) to the SBC about how we can more faithfully and effectively cooperate together in the Great Commission. In the challenges section every Southern Baptist entity is challenged to take steps to see a GCR take place in our world, and that includes associations! This is great. The only way a GCR will happen is if we all own it. Many already are and have been for some time.

Since the release of the GCRTF report some have feared that the GCR recommendation to phase out the cooperative agreements will “devastate” the work of local associations and state conventions. They think they will cause massive job loss and less mission work in the fields of North America.

The TF has consistently said that these recommendations are about penetrating lostness by redirecting significant resources to places with very little access to the Gospel and a strategic focus on church planting.

So, how can associations or state conventions thrive, focus on church planting, and penetrate lostness if they receive less funds to do so?

It is in this context that Baptist 21 wanted to do an interview with Bill Agee to highlight the work he did as the DOM in the Central Baptist Association (CBA) in Phoenix, Arizona. He made adjustments to tighten the focus of the association, and in the process led the association to dominate in church planting.

We think this story is significant for the SBC and the GCR discussions because it gives us just one example of what a GCR might look like and the impact it might have if we all own the vision. Many have been doing it for quite some time!

Important Points in the Interview:

Before Bill worked as a DOM he was a church planter. He and his wife moved site unseen to South Dakota after being married to plant a church. In 10 years they planted a church in every community around them for 60 miles. Recently Bill Agee was appointed as the Church Planting Strategist for FBC Woodstock to begin a church planting school at FBCW. Consider attending the school if you are at all interested in church planting. It will be held September 20-22.

Listen to the interview and hear the story of one of our many Baptist associations that shifted their priorities and made a tremendous impact on a key city!

Some of the Questions Asked:

The game is changing, and at every level in the SBC we are going to need to adapt to keep up with the changes. We at Baptist 21 are grateful for local associations, state conventions, and our national entities, and we believe their brightest days could be in front of them if they rise to meet the challenges of change. Here is one example of an association where streamlining didn’t destroy mission work; it advanced it! This is one model of what a GCR could look like in a local association.

Further Resource: Baptist 21 highly recommends also listening to Mike Day’s address at the Baptist Identity II Conference at Union University in 2007. He talks about the role of the association and changes that are being made. The address is titled, “The Future of Baptist Associations and State Conventions.”