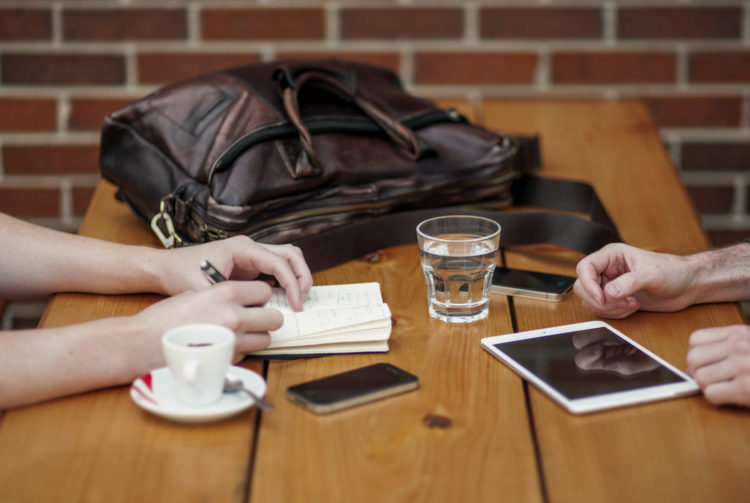 It is surreal to me to now sit on the “other side.” After driving across the southeast, meeting with established churches as an aspiring church planter, and asking for them to “partner” with us, I am now the guy that people come to asking for help. My experience didn’t go so well. As a Southern Baptist, we planted in what I call the “PKE” era, which stands for Pre-Kevin Ezell. People were planting churches, but it wasn’t something that was widely embraced. Church planting was often viewed as rebellious or for people who couldn’t make it in a “real church.” Granted, both those things were probably to some extent true of me, but it didn’t help many planters gather financial support when that was the church planting stigma. Thankfully, we have arrived to a new day. The “P” is gone, and the “KE” era is alive and well. Since I have been on both sides of the spectrum and lived in the “raising support” realm somewhat recently, I feel I have some perspective gained from experience in needing support and now being asked for support. Looking back and trying to be supportive of planters now, there are some principles for those looking to get support, and some thoughts for established churches in our efforts to send planters across North America.

Don’t call and tell me you want to “get some advice on church planting” when you really want to ask for money. When you get in contact and send that email to set up a conversation, share that you are going to be asking for support. If you were referred by a friend of the pastor you’re reaching out to, get him to call the pastor first and vouch for you. Pastor’s hate telling people “no,” so if the answer really is that they cannot financially help, he will quickly tell his buddy who will let you know and spare you a phone call. If you really do want to get coaching and discuss the experience of planting, by all means, make that clear. I would hope any pastor who has planted would agree to have that conversation. For the established church, don’t string a planter along. If you can’t do it, tell him immediately. I drove to Tampa and Atlanta (4 hours one way, each) to meet with churches who said “come on up,” but never had any intention of helping.

When a planter sees these large established churches, they instantly think bling bling-they’ve got money growing out of the organ pipes. The truth is, they have a budget. In that budget, they are already giving to the Cooperative Program (hopefully) and SEND money to the North American and International Mission Boards through special offerings. If they tell you they don’t have the money, they aren’t lying. Maybe they have $50,000 budgeted towards church planting and have already pledged it for the year to three different planters across the country. It isn’t that they aren’t “kingdom minded” or are keeping it for their own church, they have an actual real budget with designated line items, and they are hoping to meet that budget. You will realize that soon enough! If the church tells you all their resources are committed to Send New Orleans, they really actually don’t have any extra money for Boston. It’s not just talk to push you aside.

Every month I have several planters whom I have never met or heard their name try and get in touch with me. It is impossible to even come close to supporting the majority of them. The ones who usually get assistance from us are usually the people we know or those who come highly recommended from another pastor who is also supporting the church. We just put a significant amount of money into supporting a church planter who we had been meeting with for over a year and who I had a relationship with for over a decade. A church can’t get that money back. They have a responsibility to steward well the resources the Lord has entrusted them with, so don’t be shocked when a cold call yields no results.

Personally, I don’t even think it is difficult to justify being “full time” when you have zero people, or a 25 person core team, but that’s not the point. The point is, there’s the reality that it might be impossible for a season especially if you want to maintain the standard of living you might be accustomed to having as a family. Some of the most successful church plants I’ve seen didn’t have the burden of having to fully support the pastor financially in the early days. This might be the best option early on, and also, the missional aspect of the planter working a secular job can’t be underestimated. I have a planter friend who started bi-vocational out of necessity and wound up asking to still work one day a week at his secular job so he could still be regularly around his non-Christian coworkers after he transitioned to being a full time pastor.

I visited several “big dogs” in our Convention asking for support and got lost in the shuffle. It wound up that our largest supporter was a church with under 100 people. They believed in church planting and wanted to, in their words, “help reach people that they weren’t positioned to reach.” By this they meant college students. This church was out in the country and a long drive away from any college campus, but they knew they could help us reach students, and boy did they!

Churches plant churches and every church can do something, if they decide it is important. My recommendation is to get behind a church plant in your own town or close by city, and alongside that support, adopt a “SEND City.” Helping a close by plant helps get your church in a “this is bigger than us” mindset, and challenges them to really think kingdom minded. Supporting a church four states away is a whole lot easier than four miles away. Every insecurity rises up in you when it’s four miles, and being part of supporting a church that close will check your selfishness and idolatry at the door real fast. Supporting church planting efforts in a SEND City allows your church, regardless of size, to participate in the strategy and Great Commission efforts of the SBC in our own country. It also provides an instant destination for mission trips and long-term relationships with a planter, church, and city.

Save yourself all the percentage of lost people statistics on colored print outs for your presentation. Lost people are everywhere and so are Great Commission needs. It is no mystery that a non-southern, big city lacks churches and Christians. I want to know YOU and what YOU are about (see #3).

That is the famous line. “I would love for you to partner with us.” Oh, so you mean SUPPORT you financially. In the word “partnering” is “partner.” So, do you want us to be involved in decision making, responsibilities, or what exactly? If you need money (See #1), just ask! If you want teams to come out on mission trips, or a certain church to do all your printing for a year, just ask! If you are going to call it a partnership, I would lay out exactly what that means.

As a planter, you are not the first one to care about lost people or to be frustrated with the church. Being “gospel-centered” in preaching is not something you invented, and your city is not the first to ever have lost people. It also does not mean a church lacks kingdom mindedness simply because they didn’t support YOUR particular church plant. Stay humble, stay realistic. Be pro the “capital C” Church, and after you get established, be the dearest of friends to church planters yourself.

Today’s article is by B21’s very own Dean Inserra. On top of serving on our leadership team, Dean is the lead pastor of City Church Tallahassee, which he planted in 2007.