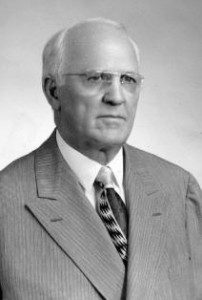 At Highview Baptist Church our teaching pastors have been preaching through Acts over the last several months. The sermon series is entitled “Uprising,” because we are looking at how Christ began to build his church through the Spirit-empowered witness of his disciples. This theme of uprising and growth constantly emerges in Acts as people in almost every chapter repent of sin, believe in Jesus, and are added to the church. What is incredibly striking is what Jesus’ followers are doing that is leading to the growth of the church. They are preaching! This is striking because of modern trends in some circles of evangelicalism to downplay biblical proclamation in favor of marketing, entertainment, and a felt-needs counseling approach to “communicating.” And yet we find that the church began at Pentecost through a sermon that led to the salvation of 3,000 people (Acts 2). After another sermon the church grew to 5,000 men (4:4). The Apostles devoted themselves to the Word of God (6:2), which led to growth (6:7). Those who were scattered by the execution of Stephen went “preaching the Gospel” (8:4). Philip went to Samaria and preached Christ and the kingdom (8:5, 12), and a revival broke out. The church in Antioch began and grew through the speaking of the word and the preaching of the gospel (11:19-20). On the missionary journeys Paul preached the word (13:5, 7, 12, 16-41, etc.). Over and over and over the church is built and people are saved through the preaching of the word of God. It is a message that is delivered and received for salvation (2:41; 4:4; 11:1). The Word itself begins to take on life. It grows (6:7; 12:24; 19:20), and as a result of the Word growing the number of disciples multiplies (6:7). Preaching is God’s means for saving sinners and building his church (Romans 10:14-17; 1 Corinthians 1:21). Young ministers need to be persuaded of this, and we need to learn from godly men who faithfully preached the Word over decades.

R. G. Lee’s oratorical preaching style creatively turned a phrase into the topic of his sermon. This turned phrase captured attention and aided in long term reception of the biblical truth taught in the sermon. Lee’s sermon “The Face of Jesus Christ” is an excellent example of his methodology. The text for the sermon is 2 Corinthians 4:6 which reads “… the glory of God in the face of Jesus Christ.” He used the last phrase of the verse as his subject matter and title. Lee introduced the Bible as a “vast portrait gallery” of men like Adam, Cain, Abel, Abraham, Joseph, Moses, David, Elijah, Daniel, John the Baptist, Paul, and more. These biblical portraits set up the contrast for the thesis of his sermon, “But on every page we will get evidence that all its portraits lose their splendor in the greater glory of the face of Jesus Christ. Of His face, His blessed face, His sweet face, His dear face, we would now speak. What kind of face is it?” The overarching theme for the structure of his sermon is that phrase “the face of Jesus Christ.” His outline flows from that. Jesus’ face was: 1) sad, 2) shining, 3) stained, 4) smitten, 5) set, 6) scorching, 7) shrouded, and 8 ) seen. Jesus had a sad face, which speaks of people rejecting his teaching, his compassion for the lost, and his sorrows. Jesus’ face was shining because his appearance transfigured, his face blinded Paul on the way to Damascus, and his face shone like the sun on Patmos when he revealed himself to John. Jesus had a stained face. This speaks of the tears he wept for Lazarus, tears shed for Jerusalem, blood he sweat at Gethsemane, blood he shed at Calvary, and spit he received from Roman soldiers. His smitten face speaks of God bruising him and soldiers beating him. Jesus’ set face points him toward Calvary. His face scorches because he violently cleared the temple and furiously judges his enemies. Jesus’ shrouded face speaks of his death. Yet, his seen face proclaims to the world that Jesus is alive and “we shall see him as he is!”

This sermon shows how Lee used a phrase from scripture as the theme for his sermon. He strung together meditations and thoughts on the theme for the body of the sermon. Indeed, turn of phrase is the most striking feature of his preaching. Mostly he used scriptural phrases or phrases loosely derived from the scriptures (i.e. the sermon title “Christ, Above All” is derived from Philippians 2:9-11 and John 3:31).

Lee was best known for his powerful preaching. The two biggest influences on Lee’s preaching were T. DeWitt Talmadge (whose sermons were published in full in the New York Newspapers every Sunday) and Sam Jones, the great evangelist. Paul Gericke said, “Lee’s own preaching style would combine the biblical wisdom and oratorical skill of Talmadge with the down-to-earth applications and evangelistic fervor of Jones” (Gericke, The Preaching of Robert G. Lee, 13-14). Lee possessed old era oratorical skills repackaged and applied to his modern hearers. He commanded attention. People would listen spellbound for more than an hour.

Modern preachers need to study the way that Lee used words in a Spurgeon-like way to engage his audience. Words are extremely important, and preachers should be intentional in the way they craft their sermons to dynamically communicate God’s Word. Lee and old era oratory may both be resting quietly in their coffins, but the need to craft our words intentionally to effectively confront modern hearers with the truth of the Gospel in a compelling and convicting way has never been more alive! May we learn this and more from this preacher so that in our ministries the Word of the Lord might multiply and “prevail mightily” calling sinners away from idolatry to the Living God (Acts 19:18-20).

*I encourage you to listen to Lee: http://www.sermonindex.net/modules/mydownloads/viewcat.php?cid=110

*In our next post we will look at Lee’s most famous sermon “Payday Someday.”