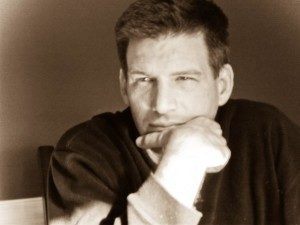 Second generation conservatives who have been addressing the trend of many 3gens to question the value of the bureaucracy of the SBC recognize that these 3gens are not asking for a seat at the SBC table, they are instead just leaving the room when they hear those around the table disrespect them, belittle them, or, even worse, talk about their own positions, power, or prominence.  These 3gens think they have too much to do in their own churches to spend their time trying to earn some “right to have their voice heard” in the SBC.

Seeing the many current 2gen leaders are interested in keeping 3gen Southern Baptists within the SBC, I would like to identify four misconceptions about these 3gen Conservatives:

3gens want to run the SBC. It is a myth that 3gens simply want to run the convention. Such a misconception is the result of not only a misreading of what 3gens are saying, but a complete misunderstanding of the importance, or lack thereof, of the SBC in the weekly ministries of these leaders.  While many younger SB pastors want to have titles in their state conventions or be invited to speak in revival meetings at other churches, the 3gens that I have been writing about could not care less about having a role in the SBC.  Obviously, there are exceptions, but the 3gens I teach and hear from are not looking for positions or influence within the convention.  In fact, the reason why so many 2gens have begun to take notice is because these younger pastors do NOT want a place at the SBC table.  They don’t want to be trustees, revival speakers, or have meaningless titles in the state conventions.  Instead, they are wondering what in the world their state conventions do that is of Great Commission value.  The reason they are partnering with church planting groups like Acts 29, is because its networked churches actually succeed.  The model of church planting, including on-going cooperation and partnership, works better to start biblical and Baptist churches than other models, including many of those within the SBC.  Because many 3gens think the SBC bureaucracy is bloated, it is foolish to think they would want to run it.   I think one cause for this misconception is that those who either already have power in the convention or the 3gens who want one day to have “earned” that power, fail to realize that not every one thinks SBC power is valuable.  Such myopic thinking about the value of what one possesses often can lead one to project ones own ambitions to others.

3gens want their voice heard by SBC leaders. It is believed by some that younger SBs want a seat around the SB table where they can have input.  This is a misconception, much like the former myth, that is based in the false belief that 3gens want their voice to be heard.  They not only are not looking for a seat at the table, they are not even interested in being in the boardroom.  Again, there are obvious exceptions, but the younger SBs who are the interest of 2gen leaders are not looking for a hearing.  In their minds, the discussions in the SBC boardroom are about how to rearrange the chairs on the Titanic, quite useless.  They do not have an interest of determining who the next president of the SBC will be, or what friends can be appointed to trustee positions, or how they can be invited to speak at another church.  In the minds of 3gens, they want to be busy in their own churches rather than trying to control other churches.  Now, whether their assessment of what 1gen leaders are doing is itself a misconception is another topic, and an important one.  But to think that under 40 SBs are simply looking to have influence in the convention is a grave misunderstanding of what these 3gens are saying.  Such a misunderstanding is often rooted in an arrogance regarding the positions one already possesses rather than any evidence that someone else is aspiring to that position.

3gens don’t love the SBC. What is the SBC?  Technically, it is a brief business meeting once a year.  Churches who pool their financial resources to support agencies, boards, and commissions (the IMB, NAMB, six seminaries, the ERLC, etc.) are allowed to send messengers (not delegates) to this business meeting for the purpose of appointing trustees to operate those agencies on behalf of the churches.  But the SBC is more broadly the associative relationship of those churches that goes beyond fiduciary cooperation to a share set of beliefs, values, and distinctives.   The SBC is a massive network of missional churches.

In my experience, the younger generation loves the mission of the SBC.  The beliefs, values, and distinctives of the network of churches are shared among the various generations, including the 3gens.  But at the same time, they question whether the bureaucracy of the convention is accomplishing its intended objective, which is to be a cooperative missionary effort.  The 3gens I have observed love the seminary where they were educated and love the IMB and perhaps NAMB, but outside of those agencies they appear ambivalent.  They may be mistaken to be ambivalent, but their love for the work of the convention should not be hidden by their lack support for all of the boards.

3gens don’t respect the CR or 1gen leaders. From observation it is more accurate to say that many 3gens do not know the leaders of the Conservative Resurgence.  There may be practical reasons for this (e.g. Danny Akin and Johnny Hunt are on iTunes for free, while other sermons must be purchased), but it is also the case that many 3gens believe, perhaps mistakenly, that 1gen leaders do not value them as partners in the work of the convention.  3gens do not think their “forefathers” are not wise, they simply do not know them.

What complicates the matter vis-à-vis the relationship between some increasingly prominent 3gens and the SBC is the lack of direct influence by 1st generation leaders on 3gens.  In part two of the series, I enumerated some ways I think the CR continues to influence younger SBs, but that influence has been indirect, mediated through leaders such as Johnny Hunt, Danny Akin, and James Merritt.  There are exceptions; for example J.D. Greear’s PhD work was supervised by Paige Patterson.  By and large, though, 3gens have sermons from Platt, Akin, Hunt, and Driscoll on their iPods, and not sermons from Vines, Patterson, and Rogers.

I don’t know all the reasons for this lack of exposure.  Perhaps the second-generation influencers have been quicker to take advantage of newer media such as podcasting and social media.  Many younger SBs, and their pastors, do not subscribe to tape ministries, but to podcasts.  They rarely listen to over-the-air radio, and almost never to Christian radio.  If they hear a John MacArthur sermon, it is because they downloaded it.  John Piper was one of the first of their influencers to leave the expensive medium of radio for the relatively inexpensive one of the internet.

Perhaps 3gens have deliberately rejected the direct influence of 1st generation leaders for cultural reasons.  They reject suits and ties as mandatory dress, and think the first generation places too much emphasis on certain apparel (fairly or not).  They don’t think mandatory abstinence from beverage alcohol is fundamental to cooperation, and think the prior generation makes too much of this.  From my experience, these leaders do not imbibe, but they also don’t think prohibition of such beverages is necessary.  But cultural differences seem, in the end, to be of little consequence to the lack of direct influence of 1gens on 3gens.  Culture seems to be a red-herring.

Regardless of the lack of direct interaction, in the end, the third generation is very much like the first generation.  Theologically they are conservative inerrantists.  They are committed to practicing Baptist distinctives, both broadly and more narrowly conceived.   They preach the Gospel with fervor.  They call sinners to repentance and faith in Jesus.  They hate sin, but love sinners.  They preach and practice missions at home and abroad.  In all these ways, and more, they are the legitimate heirs of resurgence leaders.

So have the third generation conservatives who are enthusiastically supportive of the Great Commission Resurgence leaders such as Hunt and Akin rejected the leaders of the Conservative Resurgence, either consciously or unconsciously?  I think they have not.  Rather, they are the fruit of the CR.  While 3gens may be a generation that knows not Patterson and Pressler, they are nonetheless the legacy of those great leaders.  Some under 40’s will attend conferences where the speakers are predominately 1gen leaders.  Other under 40’s will prefer conferences where 2gen leaders are the speakers.  But both groups of younger SBs are the fruit of the CR.

Henry Chapin (for one generation) and Ugly Kid Joe (for another) recorded a popular song entitled, Cat’s in the Cradle, about a man whose busy-ness keeps him from time with his son.  The failure of this man to be a good father comes back to haunt him later when his grown son is not interested in time with his elderly father.

An assessment of the breakdown in the relationship between 1gen and 3gen SBs would be fascinating, and is, I think, important, though beyond my scope here.  But the lack of knowledge of 1gen leaders should not be read as a rejection of these men or the resurgence for which they fought.  My paternal grandmother died a few years before my birth.  I have no knowledge of her, obviously.  But my lack of familiarity with her does not mean I disdain her.  I do not invoke her name in conversation, but the older I get the more I become aware of her influence in my own life through my father.  He doesn’t tell me to exhibit the positive characteristics from my grandmother’s life, I simply do so because he has influenced me.  I never knew my grandmother, but her influence persists.  Many 3gens have never met or even heard some 1gen leaders, but the influence of the CR persists in and through the ministries of 2gen leaders like Johnny Hunt, Danny Akin, and Thom Rainer (and many others).  Although the legacies of certain men may not remain, the legacy of the CR certainly does.

Within the current call for a Great Commission Resurgence lives the legacy of the Conservative Resurgence.  Young Southern Baptists who desire to see men, women, and young people around the world hear the Gospel of Jesus Christ, become disciples of Jesus, and then grow to be disciple-making disciples are acting consistently with the ultimate aims of the CR.  Even more importantly, the call of the GCR to organize the ministries of the SBC and her cooperating state conventions around the mission of the Gospel is at the heart of the call of conservative SBs who desired a renewal of the Convention for the sake of the Convention’s mission, not the Convention’s structure.