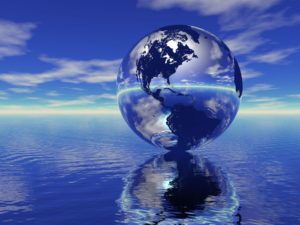 Baptist21 would like to draw our reader’s attention to three GCR Articles of note. These three articles highlight important issues that are at stake and they are worth time reading as we think through how to be Southern Baptists in the 21st Century. The first article is by the State Executive of the Baptist Convention of New York. The second article is by Doug Baker, editor of the Baptist Messenger. The final article is from Jerry Rankin, President of the International Mission Board. Baptist21 is very thankful for the boldness of these men.

EAST SYRACUSE, N.Y. (BP)–The Southern Baptist Convention is falling far short of fulfilling the Great Commission and that fact is painfully clear in the Baptist Convention of New York. If nothing else, I believe the Great Commission Resurgence Task Force report should serve as a wakeup call for New Yorkers and Southern Baptists that we are not getting the job done.  Rather than minor adjustments to our structure, bold changes are needed and needed now! The growing number of lost people in North America is within and immediately surrounding the territory served by the BCNY. Our multi-state territory, once home to the Great Awakenings, is now home to more than 500 people groups and a record-high percentage of unsaved. I’m ready for a new approach, bold ideas and a better plan.  I believe the progress report is on the right track. The current system is broken and denominational employees should stop defending what is not working just to keep a paycheck. And I count myself among that number. You cannot simultaneously have your heart in the mission and your head in the sand.

Here is an excerpt from that article, it is well worth the read:

The Cooperative Program has been the SBC’s trellis for 85 years. It has developed and supported some of the finest theological seminaries in the world with tuition rates so low that pastors can actually graduate without debilitating debt. Many state convention-supported colleges and universities have blazed a path toward academic renewal grounded on a Christian worldview as they educate the nation’s future leaders. Long before adoption was the viable force it is today throughout the SBC, children’s homes were caring for orphans state by state. Baptist hospitals were founded on a Christian ethic of healthcare where the teachings of Jesus shape approaches to healing with an unapologetic pro-life approach. The elderly are treated with dignity through the work of retirement homes and senior adult care facilities. State conventions continue to quietly serve local churches in ways that build a network of congregations in friendly cooperation with one another for the purposes of planting new churches and revitalizing dying congregations. The North American Mission Board is home to the largest all-volunteer disaster relief force in the nation. Ask United States government agencies to identify the most effective disaster relief force in North America, and they will point to Southern Baptist disaster relief administered under the auspices of Baptist state conventions without hesitation. The SBC’s International Mission Board facilitates and supports a growing army of servant leaders who are strategically deployed like no other missionary force in the history of Christianity.

Today, the CP stands in danger of destruction through the sheer abandonment of many who see it not like a trellis to a vine, but like a welfare system in a non-productive economy. To be sure, the Cooperative Program has many visible cracks, resulting in a withering vine. Yet, is the answer to repair or replace the trellis? The answer depends on your perspective.

Later in the Article: The Cooperative Program was not designed and must not remain (as it is for some) a way of avoiding the danger, risk and inconvenience of active, personal ministry in and through a local church. Too often, the offering in the envelope becomes the means to assuage a guilty conscience. Worse still is the church that is unaware that it is denominationally enslaved to the point that they are, for all practical purposes, immobilized by simply giving money (and often lots of it) when personal sacrifice is demanded of every disciple of Jesus. Some Southern Baptist congregations have fallen prey to a dangerous dichotomy that enables them to feel self-assured before God through donated money that is not directly connected to Christian evangelism and missions. Certainly, the missional understanding of what money given by the church is to accomplish is ultimately the prerogative of each local congregation. Nevertheless, few Christians across the modern evangelical spectrum ever even think about leaving the comforts of home to relocate to a dangerous field of service. If the statistics are accurate, it takes nine Southern Baptist congregations to produce one International Mission Board missionary. This amounts to little more than financing a fantasy and naming it missions.

I want to reiterate that in a critical assessment of the Cooperative Program there is no intention to do away with this effective and miraculous system of support for missions and a plethora of appropriate ministries. No mission agency has such a foundation of solid funding to send and support missionaries. No other denomination can do so much based on voluntary allocations from autonomous local churches without coercion or required donations…

Later in the Article –

The 14 mainline states have 37,509 of our reported 45,560 churches. That means these states kept and used 89.5 percent of Cooperative Program receipts by the states to use for programs in the most evangelized portion of our country where 82 percent of our churches are already concentrated! And appeals are being written of how their work will suffer if they don’t receive additional subsidies from the NAMB cooperative agreements.

Should NAMB be giving back even more resources to these states? Are they really going to become destitute if the cooperative agreements are phased out? This is why we need a strong, focused, well-funded North American mission board that creates a new paradigm of missions and church planting in the cities and pioneer areas of our country. Mainline states need to reassess what they are doing and how they could partner in a more significant way with pioneer states to channel their excessive resources to what is really missions. They need to explain what they are doing collectively with the $307 million they continue to receive before complaining about all they cannot do with NAMB subsidies withdrawn.

I believe the current reality of CP funding has diminished credibility in the system and been a disincentive to giving. There is no way we can say the priority of our current system is missions when more CP funds are used by the 14 most evangelized states that is going to the SBC and pioneer state conventions combined.

Reminder: Baptist21 will be hosting a GCR Panel with members of the Great Commission Resurgence Task Force next Wednesday at Southeastern Seminary. Submit a Question for that Event and make plans to attend.