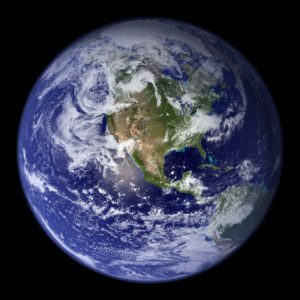 Baptist21 would like its readers to be aware of four recent GCR articles. The first is by Pastor David Platt (who will be on this year’s B21 Panel SBC 2010). Platt discusses why he supports the GCR. Second, James Smith of the Florida Baptist Witness compiles the thoughts Johnny Hunt and Ronnie Floyd on the Cooperative Program and why they have increased their giving to it. This is an important article because some have levied against the GCRTF that they are “anti-CP.” Third, Trevin Wax has provides a summary of the GCR and arguments from both sides. Finally, Timmy Brister addresses some of the opposition to the GCR coming out of Alabama.

Also, continue to check out the series that Between the Times is doing on the GCR Task Force Report.

Dr. David Platt: Why I Wholeheartedly Support the GCRTF Report … and More

By JAMES A. SMITH SR.

NASHVILLE (FBW) – Before there was a Great Commission Resurgence Task Force, SBC President Johnny Hunt and GCRTF Chairman Ronnie Floyd began to lead their churches to increase Cooperative Program giving and hope to be examples to other churches to do the same.

Hunt and Floyd spoke of their views on CP – Southern Baptists’ unified funding mechanism for state, national and international missions – in separate interviews with Florida Baptist Witness in recent weeks.

Both SBC leaders note increased CP funding by their churches came in the midst of difficult economic times in which the overall budgets of the congregations remained stagnant – and those increases came after prioritizing CP at the expense of other needs….

GCR in a Nutshell

It’s easy to be confused about the recommendations of the Great Commission Task Force. Through state papers, blogs and websites, the conversation about the future of the Southern Baptist Convention has been going on at a furious pace.

Whenever two points of view become overly politicized, the rhetoric heats up. Hype can eventually obscure reality, leading to misunderstandings and miscommunication on the part of both camps. GCR supporters have sometimes spoken as if this resolution will be the spark of a worldwide revival which will send renewal through the SBC. GCR detractors have sometimes spoken as if these resolutions would end the SBC as we know it and destroy all our cooperative efforts.

In this article, I wish to cut through the hype by briefly summarizing the final GCR proposal and the contending viewpoints, providing clarity regarding these recommendations…

The Alabama Baptist: A Case Study in the GCR Debate

You may not be Southern Baptist, and you may not be from the state of Alabama, but if you’ve got a moment and care about the Great Commission Resurgence, I like to offer a few thoughts.  I am one of those boys born and raised Southern Baptist, and for 20 of my 31 years of life, I was an Alabama Baptist–one saved (1987), baptized, licensed (1997), educated (University of Mobile, 1997-2001), and ordained (2001) in Alabama Baptist churches.  As a college student, I traveled and preached in numerous Alabama Baptist churches, and my childhood pastor (Fred Lackey) was two-time president of our state convention.  While many 20 year old guys were defeating the latest video game, I found myself debating old, bald-headed CBF dudes on the convention floor of our state convention annual meeting about inerrancy.  I suppose I could bore you with more stories, but I share this because, while I was born and raised Southern Baptist, I grew to become a Baptist by conviction and appreciation of our rich confessional and missional heritage.

Although I am no longer an Alabama Baptist (I pastor in sunny South Florida in a county where evangelicals comprise less than 5% of the population), I still try to keep up with all that is happening back “home.”  In recent months, I have come to see that, under the direction of its editor, Bob Terry, The Alabama Baptist has become a significant factor in opposition to the Great Commission Resurgence…