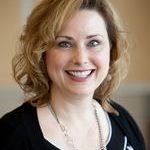 The breakout sessions, held this afternoon, provided more focused attention on how to think about and apply God’s Word to specific situations we encounter as Christian women.  One of these sessions, aimed at encouraging single Christian women, was taught with wisdom and gentleness by Carolyn McCulley.

Caroyln McCulley is a documentary filmmaker, writer, and frequent women’s ministry conference speaker.  In addition, she has authored several books, including Radical Womanhood and Did I Kiss Marriage Goodbye?

Miss McCulley began her session, titled, “He Loves me/He Loves me not,” by pointing out that women have been drastically influenced by third-wave feminism, resulting in false ideas about how relationships should work.

In view of this, she encouraged a return to right, biblical thinking in two ways. First, we should think of brothers in Christ in light of the redemption we have in Him.  We must ask ourselves in dating relationships whether we are building men up in Christ or leaving them discouraged?  While we glorify God through trusting Him and waiting on His provision, we should help our brothers glorify God, even in the midst of rejection in a relationship that doesn’t lead to marriage.

In addition, she pointed out a woman’s need to turn from the temptation to be judgmental in relationships.  As a result of the fall, we see that women, in particular, struggle with the desire to dominate and control the people in our relationships, especially the men we might be dating, and eventually, marry.  Instead, we can avoid being judgmental by allowing each man to be himself. We can do this by remembering we are the biggest sinners we know, asking questions instead of making assumptions, and realizing that weakness is not the same as willful sin.

Miss McCulley called us, by God’s grace, to apply His Word during our singleness in several ways.  She exhorted us, full of faith, to rejoice in the Lord, seek to be gentle, turn from anxiety, trust in and petition Him, and set our minds on the things found in Philippians 4:8. We can put all of these points into practice because we know God will not disappoint and will give grace for whatever He has called us to today, whether that includes marriage or not.

Miss McCulley’s message is especially pertinent because of the large population of single women in the Church who are interpreting their relationships through lenses muddied with the world’s ideals.  As a result, we are frustrated in our singleness because we are attempting to live and practice relationships in a syncretistic way, stifling the fruit we are intended to bear.

In a culture primed by the Enemy to degrade men and women’s roles, largely by exalting women and degrading men, Christian women must prepare to swim upstream. We must live out and defend God’s design for relationships, most importantly, marriage, even while we find ourselves in a season of singleness. We do this by guarding our hearts according to God’s Word, encouraging our brothers, and turning from a self-focused mentality.

Miss McCulley provided a challenge that, when applied, will serve to foster genuine, pure community in the Church and display the Gospel in grateful hearts that seek to honor men and rest in God’s perfect plan.  May God give those of us women in the single season grace to be countercultural and glorify Him, even with a hope deferred.