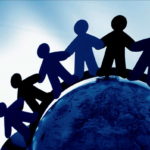 On June 15th, 2010, the messengers of the Southern Baptist Convention voted to pass the recommendations put forth by the Great Commission Resurgence Task Force. Following this meeting, it was unclear how soon the passing of these recommendations would begin to trickle through our convention. Within these last four months several decisions have been made that I believe are indications that something is going on among our convention of churches much earlier than many anticipated.

Following the appointing of the GCR Task Force in June of 2009, several Southern Baptist State Conventions formed task forces to study how each state could better allocate their monies in order to be used for the advancement of the gospel to the nations. Three State Convention Task Forces have given strategic recommendations that will help to streamline our convention structures and see more money going to advance the gospel to underserved areas of our country and to the nations. In addition, other State Conventions are in process of making changes to the way they operate in order to streamline and send more money on to the SBC. This is an exciting time in our convention. Here are five encouraging items to pay close attention to and pray for:

These recommendations have not been approved yet, but will be presented to messengers on November 16th at the Kentucky Baptist Convention Meeting in Lexington. Part of what Baptist21 anticipates, as an outgrowth of the GCR, is that those who supported it will need to go to their state conventions and continue to be a part of the process of changing convention structures and allocations.

The Nevada Baptist Convention. It was revealed on September 21st, 2010 that “Nevada Southern Baptists will vote in October to merge their state convention and four associations into one entity and increase their Cooperative Program missions giving by two-thirds over the next five-year.”

Hoyt Savage, the chairman of the 14-member task force and pastor of Foothills Baptist Church in Las Vegas said, “It was out of the box. It’s painful. But we want to not only survive, we want to thrive. This proposal is the way God opened up to us that we could continue working together and not be pulled from one allegiance or the other, where churches could stay focused on the main thing and maintain a single focus of church strengthening and church planting.”

The recommendations call for division of Cooperative Program receipts to reach a 50/50 division in 2015. These proposals will be voted on at the Nevada Baptist Conventions annual meeting on October 18-19th. Props to Hoyt Savage, the 14-member task force, and all Nevada Baptists for taking these steps to streamline their convention structure for the advancement of the gospel! This “out of the box” decision does not need to be overlooked. It may be something that other state conventions need to consider as they move forward in evaluating their structure and allocation.

The Dakota Baptist Convention. Earlier this month Dakota Baptists approved a new budget for 2011 that is $15,800 less than the 2010 budget. Executive Director Jim Hamilton states, “We’re trying to tighten our belts.” Baptist Press notes “the 16/84 DBC/SBC allocation in Cooperative Program giving reflects a .5 percent increase in funds for national and international missions causes. The dollar amount also is expected to increase, from $41,075 in 2010 to $42,400 in 2011.” These changes reflect a desire by Dakota Baptists to get more money from the churches to where the name of Jesus has not been heard.

The North American Mission Board. Recently, my former pastor Kevin Ezell was voted in as the new president of the North American Mission Board. Kevin ushers in a new era and future for NAMB. Kevin has a track record of  detecting, mentoring, and encouraging pastors and church planters. This will be invaluable as he leads this organization to foster church planting among SBC Churches. Many have commented that he is a tremendous leader and is an excellent choice for this position. If you have yet to read up on Kevin, I encourage you to do so. Here are a few articles:

Also, check out this interview Jon Akin recently conducted with Kevin about becoming the new president of NAMB.

I believe the greatest days for Southern Baptists are ahead of us. If the trends we are currently seeing in our convention entities continue, we will see more money allocated to places of greatest need. My hope is that other state conventions would also evaluate how they allocate their money and decide to adjust in order to get more to underserved areas of our country and to the nations. Praise God for brave, faithful Southern Baptists across our nation who are sacrificing for gospel advancement among the underserved areas of our nation and the unreached people groups of the World.