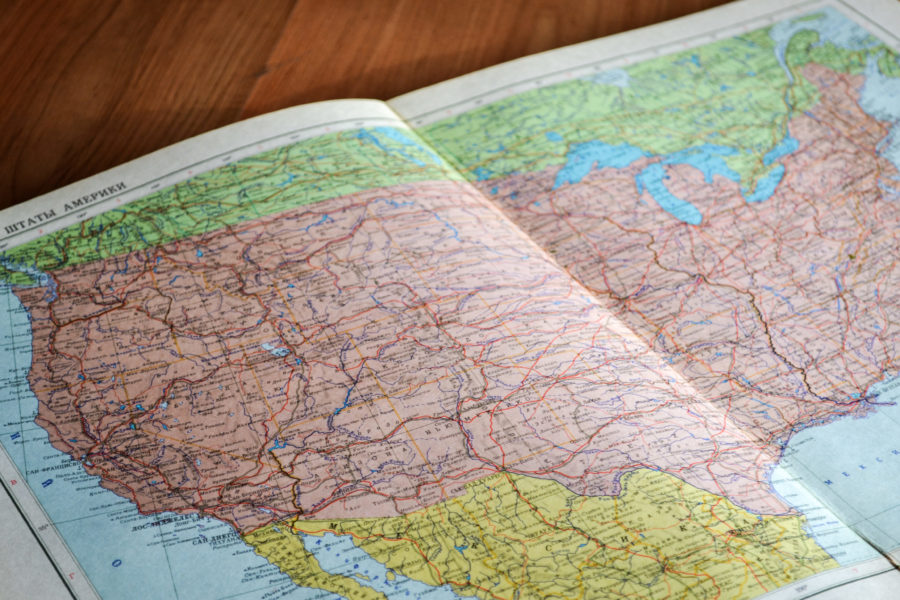 Anthony Jordan, the Executive Director for the Baptist General Convention of Oklahoma (BGCO), wrote a recent article entitled “Perspective: SBC & State Conventions.” In that article he argued that SBC leaders should not hold up the Florida Baptist Convention (FBC) as “the model for state conventions of the future.” The FBC now sends 51% of their CP dollars to the SBC, has downsized its staff, and is trying to sell their convention building.

I found Dr. Jordan’s article intriguing, and I affirm much of what he argued. Here are three affirmations.

Affirmation 1: I affirm that the needs of each state are not uniform and thus every state convention should be different

Dr. Jordan helpfully argues that each state is uniquely different; therefore there cannot be a one-size-fits-all approach for state conventions. I am very thankful for wonderfully fruitful ministries like Falls Creek and OBU that are unique to the BGCO. Every state convention must contextualize.

Affirmation 2: I affirm the great disaster relief work that our state conventions do in partnership with NAMB

Dr. Jordan explains how disaster relief is done at the local level (i.e. volunteer training, equipment, etc.). NAMB provides valuable coordination, but much of the work is done at the grassroots level. This is a wonderful ministry that allows Southern Baptists to be among the top disaster relief agents in the country – praised by national news outlets as more efficient than the government!

Affirmation 3: I affirm the need for a stronger partnership between state and national entities

Dr. Jordan states that the partnership between state and national entities is weak and needs to be strengthened. He echoed the call of SBC President Ronnie Floyd to eliminate duplication of ministry. I wholeheartedly affirm this call!

In addition to affirming much of what Dr. Jordan said, his piece also raised several questions in my mind for he and other state convention leaders. Here are three questions.

NAMB has shifted its focus to primarily emphasize church planting rather than producing personal evangelism resources (though they have developed tools like the 3 circles). Given that reality, Dr. Jordan argues that it is now up to state conventions to develop personal evangelism strategies, materials, and training.

It seems to me that there are an abundance of evangelism programs, materials and much more available relatively cheaply or for free. I’ve been trained in a dozen or more evangelism strategies in my life. From my perspective, it seems that the SBC’s evangelism problem is not about lack of resources, but rather lack of obedience. Do state conventions need to utilize resources developing new evangelism programs, or do local Christians just need to be more faithful in the many programs already available to them?

Question 2: Is asking Christians/Churches to give more the correct solution to our funding problems?

Dr. Jordan argues that we need to do better stewardship training of Christians so they can give more and enlarge the SBC’s financial pie. He says that “will raise all the Cooperative Program boats,” so that state, national and international missions will see significant funding increases.

It is true that the CP is declining, but my question is what is best way to increase funding. Does saying, “give more” work best? Or does money increase where a more compelling vision is cast? It seems to me that generosity increases when people see a compelling vision.

I think this proves true at both the local church level and the state convention. As a pastor, I can go to my people and say, “Give more money to the general fund and then there will be more money for missions.” That often doesn’t work. But, if I lay out a compelling vision for life-change among all nations and we begin to shift our resources to where they are needed most, then all of sudden we have more resources because people are excited about where it’s going.

When I came to Fairview, we were in a financial crisis and gave less than 1% to the CP. We were advised by a consultant to hold all of our missions giving to the end of the year to see if we had any money left after covering payroll and funding our ministries, and if we didn’t have the resources, then not to give any money to missions that year. Instead, we decided to allocate 10% of our budget to missions and 7.7% to the CP and trust that our people would give more generously to a compelling vision to reach our community, our nation and the world. Within a couple of years we were no longer in financial crisis and were giving more money than ever to missions, and we had our best financial year in history.

The same kind of thing seems to be happening in the Baptist Convention of Iowa. It decided to aggressively move to 50/50 CP split, and from October 1 through April 30, CP giving was up 71% over the same period from the previous year.

Could it be that if pastors and churches saw entities creatively leveraging their resources to reach those with the least access to the gospel that they might be inclined to give more?

Question 3: Given the “flatness” of the world, do state conventions need to rethink the nature of their work?

The original idea of the CP was that states would keep 50% and forward 50%, and that was back when national entities were less developed, travel was more difficult, we didn’t have the internet or cell phones, and there were not a ton of conferences and free materials readily available. That has all changed.

Is it time for state conventions to rethink the nature of their work? For example, instead of state conventions funding full-time specialists in children’s ministry or youth ministry, could we allow other churches that do those ministries well the opportunity to train other churches in it? Couldn’t every state creatively serve the churches while getting more resources to the places that have the least access to the gospel? While we’ll likely disagree over the percentages (60/40; 50/50; 25/75?) and while every state will answer these questions differently, they are worth asking.

As we try to partner together at every level of the SBC to advance the Great Commission, here are some questions to consider. I know that leaders like Dr. Jordan in Oklahoma, Dr. Green in Florida and others have been wrestling with and answering these questions for a while now and will continue to do so. I also know that there are many different perspectives to consider. I do think younger Southern Baptists are asking these kinds of questions a lot, and I think state convention leaders can continue to engage these younger leaders by indicating that they understand their questions and are seeking to answer them faithfully in their context.