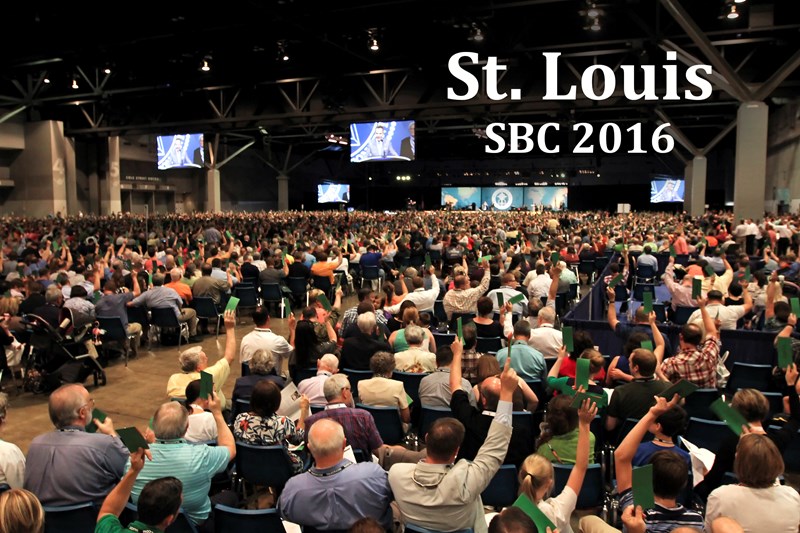 The SBC in St. Louis offered many pivotal moments in the life of our convention that will not soon be forgotten. (If you haven’t already, see James Merritt’s amendment concerning the resolution on the Confederate flag and Dr. Moore’s defense of the religious liberty of Muslims and all faith groups) In the coming days we at B21 will be running a series of posts featuring the reflections of key leaders from this memorable convention.

This is the fifth post in the series: see posts by Noah Oldham and Ronnie Parrott,and videos by Ted Traylor and James Merritt.

In this post pastor Tim Patterson, Executive Director of the Baptist State Convention of Michigan, shares how this year’s convention was one not of conflict, but of change.

Stay tuned for other leaders’ reflections…

Since 1978 I have been attending SBC Annual conventions and have watched our Baptist Zion ebb and flow with the subtle and not so subtle changes that have been directly attributed to the choices made concerning its leadership, policy and polity.

During our most recent convening in St. Louis I had the privilege of being part of what I consider an historic event in the life of the Southern Baptist Convention. In decades past, we as Southern Baptist sailed through turbulent waters as we reset our course with the inerrant, infallible and plenary inspired Word of God as our guide. It was a difficult and costly time but we reached the other side united and focused in cause and commitment, thanks to the unwavering wisdom and leadership of men like Dr. Paige Patterson, Judge Paul Pressler, Dr. Adrian Rogers, Dr. Charles Stanley and many others. We shall be forever indebted to these heroes of the faith.

What we are experiencing is a change in leadership.  A transition from a generation that made sure we are stable and secure for our future, to a generation that has been born and reared in the midst of tumultuous shifts in what were once considered societal norms.  The transfer of “power” is not always an easy or comfortable endeavor. And we all know how much Baptist like change.  Since I am one of the older generation that will soon be passing on the mantle of ministry, I find others and myself as well, doing so with some trepidation and concern. Questions arise like:

After witnessing the work of God that took place during the election process between Dr. J. D. Greear and Dr. Steve Gaines, and the humility and grace with which they both responded, I am greatly encouraged about the future of our denomination. In all my years as a Southern Baptist I have never seen anything like it. Both men are to be commended but especially Dr. Greear.  What a class act. This speaks volumes about his character and leadership. I have no doubt that he will make a great SBC president.

As a state leader I, and most Southern Baptist, are very concerned about the diminishing evangelistic focus of our churches and the resulting decline in baptisms. It is my prayer that Dr. Gaines will help us reverse this trend and continue to build upon the atmosphere of unity that Dr. Ronnie Floyd so masterfully helped us experience.

I have discovered that the “20 and 30 something” Believers in our midst are passionately committed to taking the Gospel to the ends of the earth. When I attended the Send Conference in Nashville, I had the privilege of seeing first hand the future of our convention. I was in a box seating area in the upper part of the arena, viewing the proceedings with several other state executives. As we were looking down on a crowd of over 12,000 young adults gathered for a missions conference, I turned to the men beside me and said, “Take a good look. This is the future of our convention and if we don’t get on the train, we will be left at the station.”  I was moved by the fact that thousands of young adults had gathered for a mission’s conference and that the North American Mission Board and the International Mission Board were working so closely together.

Could it be that many of us have been so focused on defending the faith that we have neglected to see the changes that are taking place in our denomination and we are a bit startled by the differences? Those differences manifested themselves in St. Louis but so did the unifying Spirit of God, as our leaders embraced them through true acts of humility. Dr. Greear and Dr. Gaines both proclaimed in word and deed that the individual is not as important as is the unity of the body and our body is very diverse one and growing more so every day.

The St. Louis convention was not a convention of conflict but one of change. A change that places us in very good hands.