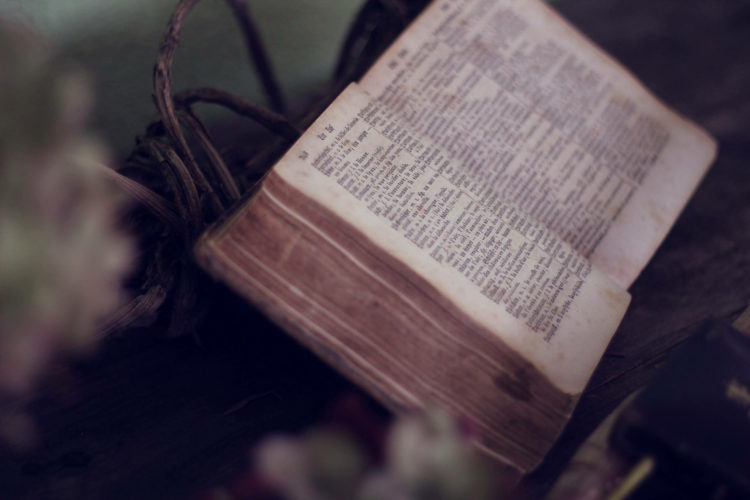 It may seem obvious, but I’m going to say it anyway: the primacy and necessity of the Bible must never be assumed—especially in the Great Commission. The importance of keeping this truth ever before us cannot be overstated.

As I write this from a plane in East Asia, I can’t help but reminisce over recent days engaging others in spiritual conversations and praying for the salvation of people across this vast continent. As I do, I’m reminded of the vital role of Scripture in the work of Christian mission.

No matter the location, whether Taiwan, Singapore, San Diego, or anywhere in between, the words of Scripture are true: “Faith comes from hearing, and hearing through the word of Christ” (Rom 10:17). Only the Bible can make someone “wise for salvation through faith in Christ Jesus” (2 Tim 3:15).

The Legacy of the Reformation

This year marks the 500th anniversary of the Protestant Reformation. On October 31, 1517, the German monk, Martin Luther, nailed his 95 Theses to the door of the Castle

Church in Wittenberg. Luther’s bold action in that small town sparked a revolution that literally changed the world. The subsequent Protestant Reformation spread throughout Europe and impacted Christianity on an international scale.

The rallying cry of the Reformation is summarized by the five solas. Arguably the most integral and foundational of them is sola Scriptura (“by Scripture alone”), for all the other solas emanate from and are expounded by Holy Scripture.

At its core, sola Scriptura has to do with the sufficiency of Scripture as our supreme authority in all spiritual matters. It simply means that all truth necessary for our salvation and spiritual life is taught in the Bible. In other words, Scripture is the highest and most supreme authority on any matter about which it speaks. This truth motivated Luther, Calvin, Zwingli, and other reformers to stand resolutely upon the primacy of Scripture during the Reformation.

Perhaps, the clearest articulation of sola Scriptura by Luther came in the city of Worms on April 17, 1521. Luther, who was being pressured to recant his teachings and writings of the authority of Scripture, famously stated to the council:

“Unless I am convinced by the testimony of the Scriptures or by clear reason, for I do not trust either in the pope or in councils alone, since it is well known that they often err and contradict themselves, I am bound to the Scriptures I have quoted and my conscience is captive to the Word of God. I cannot and I will not retract anything since it is neither safe nor right to go against conscience. I cannot do otherwise. Here I stand. May God help me. Amen.”

Luther’s stand and subsequent translation of the Bible into German demonstrated his commitment to the Bible as the ultimate source of truth. He would later summarize his ministry and the catalytic role of Scripture for the whole of the Protestant Reformation: “I simply taught, preached, and wrote God’s Word; otherwise I did nothing. The Word did it all.”

Sola Scriptura and the SBC

On a hot June day in Houston in 1979, more than 15,000 Southern Baptists gathered at the annual convention. This momentous meeting would determine the future direction of America’s largest Protestant denomination. For years, Southern Baptist pastors and denominational leaders had been debating various issues concerning the inspiration and authority of the Bible. Higher critical scholarship from Europe had infiltrated many of the Southern Baptist seminaries. The foundational truths of the inerrancy and the infallibility of Scripture were in question. It was clear that the theological trajectory of the SBC was headed in a very troubling direction.

But the Houston convention signaled the beginning of a conservative resurgence among Southern Baptists and a resurrection of the Reformational commitment of sola Scriptura. Contentious annual meetings followed throughout the 1980s. By the grace of God and through the leadership of men like Adrian Rogers, Paige Patterson, Jerry Vines, Paul Pressler, and many others, Southern Baptists took a convictional stand on the authority, infallibility, and inerrancy of the Bible. Like the Protestant Reformation, the principle of sola Scriptura motivated SBC pastors and leaders to stand firm on the Bible as the primary authority for faith and practice.

Sola Scriptura and the IMB

Shortly after his election as the 12th President of the IMB in 2014, David Platt gathered with several hundred IMB leaders from around the world. During that meeting in Asia, he emphasized the centrality and primacy of Scripture for the IMB’s work around the world. Platt argued that in matters of theology and missiology, Scripture alone must be our guide. He said, “We don’t exalt Christ by pragmatic methods that are just focused on what we think works [but on] what God has said in His Word that lasts throughout time.”

“Scripture,” he went on to say, “must drive both the content of our preaching and the methods by which we proclaim it.” Platt’s emphasis on the primacy of the Word in global mission is the fruit of the Protestant Reformation and the conservative resurgence. By displaying a deep commitment to sola Scriptura, he joins a long line of Christian leaders and reformers reverberating the message of the historic gospel all over the world.

Whether in the favelas of Brazil, the villages of Sub-Saharan Africa, or the sprawling global cities of Asia, Southern Baptist missionaries today are continuing the legacy of sola Scriptura as they evangelize, disciple, plant churches, and train leaders around the world.

Only the Bible has the power to pierce hearts, convict, and make one wise unto salvation. The wisdom of man never saved a Buddhist, a Hindu, a Muslim, or a skeptic. Therefore, along with the Reformers and the leaders of the conservative resurgence, we believe Scripture alone is authoritative and sufficient in matters of faith, practice, and global evangelization.

Paul Akin is the senior aide to IMB President David Platt. He can be found on Twitter @pakin33.