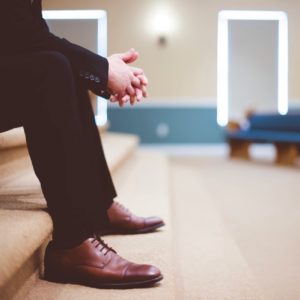 SBC entity presidents are in similar situations. They have people who love them no matter what they do, hate them no matter what they do, and many in the middle. With around 50,000 churches in the SBC family, annual public deliberations, and the internet, the ongoing ways in which each president has to deal with this difficult reality is hard to describe. You better believe there’s always someone complaining about, celebrating, and ignoring the important work of our entity presidents. Conflict isn’t rare, it’s an ongoing part of the job.

And yet, there are times when conflicts rise above the “normal” levels every entity faces, becoming almost non-ignorable. It feels like we’re in that kind of moment now with Dr. Paige Patterson and SWBTS. Like many of you, B21 has received an overwhelming amount of communication about Dr. Patterson’s comments. Most of the questions and concerns have come from folks that we’d consider in the “middle” group that celebrates what’s worth celebrating and challenges what’s worth challenging, regardless of who it is.

Although we’ve explained the role of trustees in SBC life to many of them, invited them to work “offline” as much as possible, and asked them to pray, we thought we’d offer those we haven’t been able to communicate directly with, a few ways that they can join us in praying for this situation.

We Are Praying That We Come Through This Conflict With Our Concerns Clarified. Regardless of where all of this leads for Dr. Patterson and SWBTS, there’s no denying that we need to be crystal clear to the watching world that we have a “zero tolerance” approach to abuse. Can an abusive person become a Christian in a situation where he didn’t get the punishment he deserved? Sure. But he can become a Christian in jail, just the same. Regardless of the outcome, it’s important to remember that Southern Baptists don’t have consequentialist ethic—the rightness or wrongness of something isn’t determined by the outcome. So if a woman is “kind of” abused, the right thing to do is call the cops, and, if he’s a church member, he should be put under church discipline. Whether there are more statements, resolutions at the SBC, or something else, I’m praying that Southern Baptists clarify for the watching world what we believe abuse is always evil.

We Are Praying That We Come Through This Conflict With Deeper Unity. Anyone aware of the different streams present in SBC life over the years, easily discerns the typical “hater” and “homer” type voices speaking out. There have, surprisingly, also been an unusual amount of “middle of the road” Southern Baptists speaking out too. While the trustees, Dr. Patterson, and SWBTS, figure out the next steps, we know that there will likely be a great deal of anger and resentment from some towards others. It’ll take a miracle for us to be more united, not less, as this moves forward. Thankfully, the Miracle-worker is available to us. That’s why I’m asking God to bring about what we’ve shown we’re unable to do on our own, unite deeply.

We Are Praying That We Come Through This Conflict More Focused On Christ’s Mission. People are headed towards one of two eternal places: Heaven or Hell. While this truth doesn’t mean we avoid these types of problems, it means that as we deal with them we don’t let them distract us from Christ’s Great Commission. It means that we do our best to deal with them in ways that helps us avoid letting Christ’s mission get lost in our mess. We often feel more equipped to fight against flesh and blood, but that’s not our mission (Eph 6:12). I’m praying that God helps us stumble forward together through all of this, more effectively than when we stumbled into it. I’m praying that God would enable us to focus more on fighting the Enemy who has come to “destroy” all those made in his image, not join his efforts. Anyone aware of how these situations play out—both in public or behind the scenes—knows we’ll need God’s gracious help.

In Paul Miller’s A Praying Life, he writes, “We pray not out of discipline, but out of desperation.” Jesus says, “Come to me all you who are weary,” not all you who have it together (Matt. 11:28). That’s good news for folks like you and me. And that’s good news for Southern Baptists these days. Let’s pray our problems as we pursue his glory, clarifying what we all know is right, united, and on mission.