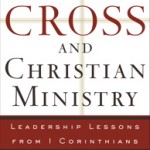 This post is the first in a series of two. This post summarizes the book and provides many pertinent quotes (which are bolded) for our examination. The next post will examine the implications of this work for Southern Baptist Life.

Carson’s work The Cross and Christian Ministry explores 1 Corinthians to deliver leadership lessons for the Gospel minister. Dr. Carson’s work presents the gospel, and the cross in particular, as the sole focus of a Christian minister for effective leadership. As Carson states, “the cross not only establishes what we are to preach, but how we are to preach. It prescribes what Christian leaders must be… it tells us how to serve and draws us onward in discipleship until we understand what it means to be world Christians… the message of these sections from 1 Corinthians must be learned afresh by every generation of Christians, or the gospel will be sidelined by assorted fads” (9-10).

The opening chapter focuses on the preaching of the Gospel minister. Carson says, “We must return again and again to the cross of Jesus Christ if we are to take the measure of our Christian living, our Christian service, our Christian ministry” (13). It is not merely a matter of the gospel being a superior philosophical system to the “debaters of this age”; the cross is in fact where God devastates human wisdom and pride. No other system can stand the test of the cross because without the cross there is no reconciliation. The message is the cross has been revealed through “the foolishness of what was preached,” and the blessing is that it comes to all kinds of people who eschew the wisdom of this age. Carson points out that Paul separates the lost into two categories, the Jew looking for a miraculous sign and the Greek looking for wisdom. The irony, in light of “human wisdom”, is that the cross is the greatest display of both God’s power and His wisdom. Carson says, “all of the world’s rebellious self-centeredness is precisely what ensures that it cannot understand the cross, while God’s wise plan of redemption hinges on God himself taking self-denying action to bring about the consummation of his authority” (23).

In addition, Carson warns against doing “gospel work” purely through human ability and plans, and by doing so pushing the cross to the periphery. Carson points out that Paul’s message reaches a vast array of people and cautions against the modern Western Evangelical attitude which is “deeply infected with the virus of Triumphalism, and the resulting illness destroys humility, minimizes grace and offers far too much homage to the money and influence and ‘wisdom’ of our day” (29). Salvation is freely given through the cross to all kinds of people, and leaves no room for pride in one who has been elected by God apart from merit. Carson warns us to be careful to not compromise the message of the gospel with persuasive oratory, as the power of the person or speech must not replace that of the cross. Carson asks, “Has the smoothness of the performance become more important to us then the fear of the Lord?”(38) Carson concludes the chapter with what is most important, “Biblical preaching emphasizes the gospel and constantly elevates Christ Crucified” (40).

The second chapter focuses on the cross and the work of the Holy Spirit. Carson contrasts those that are “In Christ” because of the work of the Spirit, and those “outside of Christ.” The first contrast is between the wisdom of the cross and the “wisdom” of this world. Although the cross is the only possible means of reconciliation, it is unrecognizable to those who miss the wisdom of a crucified King. This flows directly into Carson’s second contrast, namely that the wisdom of the cross is only recognizable to those whom the Spirit reveals it. Carson offers a word about preaching in light of the work of the Spirit, “That same Spirit prompts the spiritually-minded… to preach it (the cross)… they will strenuously avoid all ostentatious display; they will abandon all cheap manipulation; they will be happy to embrace the scandal of the cross, for the cross is what redeemed them” (56). He continues “They (gospel ministers) will be wary of ‘gospel’ preaching that talks much about God meeting our needs and enabling us to feel fulfilled, if it is not squarely anchored in the message of the cross” (56). Carson points out the final contrast between the natural man and the one indwelt by the Holy Spirit, so that the message of the cross is foolish to the one not indwelt. This means all the more that believers will be at odds with the non-believing world because the Spirit enlightens believers, and it is only through the Spirit’s revelation that the message of the cross is known.

Carson next moves to the implications of the cross for factionalism in the church. Paul, Carson points out, is showing the Corinthian church that their factionalism indicts them of gross spiritual immaturity and substantiates they miss the meaning of the cross. Paul even warns them that if they persist in this immaturity that they should examine their faith. Next, Carson points out that factionalism ignores two points, that “Christian leaders are only servants of Christ and are not to be accorded allegiance reserved for God alone” and that “God cares about His Church , and he holds its leaders accountable for how they build it” (75). Ministers are to be servants, recognizing that they will be accountable for how they minister, yet the Corinthian church does not recognize that it is God who causes growth and their “high praise” of the “servant” is why they are immature believers. Carson gives some pertinent and sharp warnings now to the leaders themselves because they are accountable for how they build the church. He says beware of: what you build a church with, diverting attention from the gospel while hoping to win the love of the world, heresy, peripheral matters claiming preeminence, building with “superficial conversions”, and particularly “Entertaining people to death but never fostering the beauty of holiness or the centrality of self-crucifying love” (83). He continues “(this) will build an assembly of religious people, but it will destroy the church of the Living God” (83-84). Finally, factionalism ignores the wealth of Christian heritage, which Carson points out by asking, “Is there nothing to be gained from wide exposure to the company of saints in many parts of the world who have expressed their adoration of the Savior with richness of hymnody we can never exhaust, but which we ignore to our detriment” (89)?

Next, Carson draws out the implications the cross has for Christian leadership. Carson demonstrates that Paul is most certainly detailing leadership principles that are in contrast to the Corinthian ideal. Carson establishes that the Christian leader must recognize that he is a servant and is entrusted with the gospel. As such, he must strive to be approved by the one who has appointed him to the task, no one else. The congregation the minister serves must also recognize this in their leader and refrain from judging the under-shepherd simply because he is not the kind of preacher or leader to which they are accustomed. Carson says the leader must live in the climate of the cross, willing to suffer and follow a crucified Lord and to devote his life to discipleship. Carson points out how problematic this is in our culture as, “many of us are well-to-do… with little incentive to live in vibrant anticipation of Christ’s Return. Our desire for the approval of the world often outstrips our desire for Jesus’ ‘well done!’ on the last day” (108). The battle plan to fight this is to begin at the cross with “repentance, contrition, and renewed passion not only to make the gospel of the crucified Messiah central in all our preaching and teaching, but in our lives” (108). Finally, the leader encourages and enforces the way of the cross among his people and fosters transformation by it, both in “creed and conduct” (110).

The final chapter speaks of the “world Christian.” In stark contrast to the so-called “worldly Christian,” this believer displays allegiance to Christ and Kingdom above all. This type of Christian is committed to the church, considers other citizenships secondary to that of the Kingdom, and is of sacrificial mind to the mandate of evangelization and disciple making. Carson states that this type of Christian becomes “all things to all men” without damaging the message of the Gospel; knowing that “there will be times when it is necessary to confront culture” (122). Carson explains that we must be willing to give up Christian “rights” for the sake of the lost and our “weaker” brothers. He ends the section telling us that the way of the cross will encourage peaceful dialogue about differing agendas, including topics like music styles. This flows into his next point that our aim is the salvation of the world. Ministers should strive to be able to minister in any context. Carson ends the chapter with a call for the minister to follow the example of our Lord, meaning we must die to self; we must give up our “real rights” for the sake of the perishing. Of our actions we must ask, “How will this course of action contribute to, or hinder, the work of the Gospel?” (132).