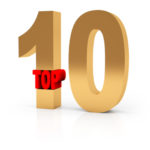 1. Missionary Work Overseas – It’s hard to imagine what it’d be like to grow up amongst a people and die without ever hearing the gospel. Yet, there are large numbers of peoples who still find themselves in this situation. That’s one of the key reasons that Southern Baptists continue to pool their monies and people together in order to reach these peoples and cultures. What’s it like to lead the first person from a completely unreached people group to Christ? Many have never done this. But, by God’s grace and great sacrifice by men and women, many more will have this experience. The nations need Jesus. In order to hear of Jesus, they need missionaries. That’s why their work is so significant to the SBC and the kingdom of Christ.

2. Changing Presidential Leadership – The significance of Southern Baptist entity heads is often under-appreciated. The decisions that these men make impact massive amounts of people for good or for ill. Southern Baptists are at a critical point in time with three key presidencies opening up. The Executive Committee, NAMB, and IMB presidencies are all open or opening soon. B21 is praying and asking you to pray for the men who will fill these positions. Placing the right men at the head of these entities will do much to advance the Great Commission.

3. Dr. Danny Akin’s GCR Sermon – Whether you’re talking about Dr. Danny Akin’s passion, his preaching, or, simply, his love for the Great Commission, it would be misguided not to mention his work in 2009 as one of the most significant stories. Standing behind the pulpit in SEBTS’s chapel, Akin delivered what would become a great rallying point (and point of controversy) in his GCR Axiom sermon. Clearly coming from a heart for nations, Akin set in motion a movement (or gave it a BIG push) that would change 2009 and, by God’s grace, the way SBC approaches the Great Commission.

4. Increased SBC Unity – By almost all accounts, there seems to be a growing unity in the SBC. That is, we are more unified today than we have been in past years. What this means or implies is up for some debate. Yet, B21 thinks that there is a growing unity around the Great Commission. For instance, at the B21 event at the SBC, the panelists came from all kinds of theological and methodological stripes. Yet, these men were unified around the Great Commission and the BF&M. Still more, the lunch for the 600 attendees was provided personally by SBC President, Johnny Hunt (a man that has embodied unity around the Great Commission as much, if not more, than anyone).  Hunt, as many know, would disagree in many ways with the panelists. Yet, because of its Great Commission purposes, he supported the B21 panel. In fact, B21 believes that the unity that Southern Baptists presently enjoy, in large part, is due to the excellent leadership of Johnny Hunt. With men like Hunt leading the way, Southern Baptists have a lot to hope for in the coming days.

5. Union University’s “Southern Baptists, Evangelicals, and the Future of Denominationalism” – Dr. David Dockery has, amongst other things, turned Union University into one of the leading think tanks for Baptist life. Like in his past conferences, Dockery put together a line up that included the most significant and helpful voices in Baptist life. And they didn’t disappoint. Southern Baptists owe a debt of gratitude to David Dockery for putting this conference together, the effects of which we are still enjoying.

6. Higher Attendance at SBC Louisville – Okay, so it didn’t hurt that the SBC was in a town filled with young people and in the heart of the church-saturated part of the country. But, we’d argue, it is still quite an achievement to get that many people in this kind of economy to attend the SBC. Even if the economy wasn’t in the shape that it was (and is), it’s still hard to get people to spend their time at a convention. Come on, there are Southern Baptist associational meetings that know how difficult it is to get people to participate. The numbers at the 2009 SBC pointed to great life and health. It pointed, perhaps, to a resurgence in Great Commission engagement in the SBC. It will be interesting to see how many show up in Orlando.

7. Cancer Classroom – Several prominent Southern Baptists found out that they had cancer this year. This, of course, is terrible news. But, by God’s grace, these men who have taught the church so excellently in their preaching ministries are now teaching the church in a different way. They’re showing the church how godly men suffer. Johnny Hunt and Matt Chandler, to name a couple, continue to battle cancer. They continue to teach us of Christ. Pray for these men and that their cancer will provide great opportunity to advance the kingdom of Christ.

8. Christmas in August – After the heart wrenching news of the IMB financial shortfall, causing them to stop sending “M’s”, Southern Baptists responded to calls from Hunt, Akin, and others to take a special Lottie Moon Christmas offering in August. Thus, the “Christmas in August” movement was born. It’s this kind of responsiveness in which B21 finds great encouragement.

9. SBTS’s Sesquiencentennial – Southern Baptist Theological Seminary celebrated its 150th Anniversary. This is even more significant in light of an economic situation that’s included the closing of several schools’ doors. SBTS survived the Great Depression, Liberalism, and is currently thriving under the excellent leadership of Dr. Albert Mohler. Their story is amazing and a testimony to God’s grace. SBTS professor, Greg Wills, masterfully tells the story in Southern Baptist Theological Seminary 1859-2009. We’re praying for at least 150 more!!

10. GCR Task Force – There aren’t many things that you can get 95% of Southern Baptists to agree on. Clothing style? No. Worship style? No. GCR? Yes! When Southern Baptists were given the opportunity to affirm or deny the formulation of a Great Commission Task Force, they overwhelmingly voted for it. Thus, President Hunt put together a 23 member, GCR task force. The task? They are to examine the Southern Baptist entities and structure in order to bring an assessment to the 2010 SBC in Orlando. Everybody is looking forward to this report. They need our prayers. Sign up to pray here.