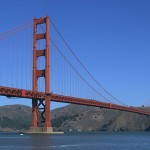 Baptist21 was provided this transcript by Mark Rogers and will post it in full. Below is part 1 of Price’s Address.

Delivered by Walter Price at the California Southern Baptist Convention on November 11, 2009

I love the Southern Baptist Convention…. Sometime around the middle of January, 1947, I attended Harrisburg Baptist Church in Tupelo, Mississippi, for the first time. I was born nine months later. Yes, I was a Sunbeam. Now, your age, will determine your reaction to that statement. Some will rejoice. Others will stifle a yawn. But in the words of Ulysses Everett McGill:  I am bona fide (as a Southern Baptist).

I love my Association….I’ve had some world class DOM’s in the Inland Empire Southern Baptist Association, brothers whom I love and deeply respect.

I love the California Baptist Foundation….Through the ministry of the CBF helping our folks with their wills and trusts over $3.5 million has been committed to Kingdom work through the FITP Church in Beaumont.

I love California Baptist University….Cut me I bleed blue and gold; I consider myself a walk-on alumnus. Three of my five children have degrees from this school. God willing the fourth will this year and Omega will next year.

I’ve said all that because it’s important that you know from whence I come. I am fully aware that some, perhaps many, will not like what I have to say today. I can’t help that. But I do not say it as an outsider. I have simply prayed for God to help me say what needs to be said and to say it with a humble and gracious spirit.

In his challenging new book on spiritual disciplines entitled Soul Shaping, Jim Wilson tells the story of how the loss of one little key to a lock was a major contributor to the sinking of the Titanic. “Historical accounts say his superiors reassigned second officer David Blair, the owner of the key, to another ship at the last moment. In his haste to leave the ship, Blair forgot to give the key to Charles Lightoller, his replacement. Because Lightoller didn’t have the key, he couldn’t open the locker that held the ship’s binoculars. Without the binoculars, lookouts in the crow’s nest had to rely on their unaided eyesight to scan the horizon for dangers. Because they didn’t see the iceberg in time, they couldn’t warn the captain of the impending danger.” (Jim Wilson, Soul Shaping, p. 24)

So far in this convention you have heard some wonderful heart-warming reports of great ministry taking place. I am deeply grateful. In every way I affirm all that God is currently doing through us. But that is not my purpose today. Today I want to try to be somewhat prophetic. Our situation as a state convention is critical and we are partying on the Lido Deck. This is one man’s meager attempt to get out the binoculars.

Please hear my heart. I am not here today to claim the demise of the CSBC. It hasn’t happened…yet. What I am here to say is, ‘There’s an iceberg off the starboard bow and we better wake up.’

What is the iceberg? You already know. You saw it yourselves when I asked you to stand by age groups. The time has come for someone to sound the alarm. I do not purport to speak for the younger generation. They are eloquent in speaking for themselves. But the signs that I see are not encouraging. For all intents and purposes, except for a very few exceptions, we have lost those in their 20’s and 30’s.

If that statement causes you to react against them from under your gray hair, you are way off the mark. These young Baptists are passionate for the Kingdom of God. They are passionate to see people from every tribe and tongue and nation gather round the throne and worship our Holy God. Theirs is not a youthful rebellion. For them it is a matter of (and this is my word not theirs) stewardship. Is this convention the way that God wants me to invest my life, my time, my energy, my resources? I’m afraid many of them are finding little reason to answer in the affirmative.

That doesn’t mean they don’t want to cooperate. They love the way we do missions, real missions, not the labeling of anything that moves as missions. They love our cooperative approach to education. They long to stand alongside others in compassion and social justice ministries. But they don’t want to be a part of what to them appears to be a bloated, wasteful bureaucracy.

We have bemoaned the absence of the young crowd for years now. The discussion in the hallways, bookstore and exhibit area has often centered on this concern. We have said we need to get them involved. But what we have most often meant by that is we need to get them involved to do things the way we’ve always done them. I think I can safely say to you today, they are not interested.

Another very subtle nuance to what I hear from the next generation is the object of their focus. When they do discuss the future of what we are doing in a positive light; when they do offer insight and hope into how the ship might continue to sail, their primary interest is focused on the long term of the national SBC, not the State Convention. We should pay attention.

Here is my prediction: First, without radical transformation soon, within 15-20 years (optimistically) the CSBC will be either extinct or impotent. We will be, at best, a loosely knit convention of various ethnic associations. I am in no way being critical of ethnic associations. They are already here and are doing wonderful things for the Kingdom. If anything, we should learn a lesson from them regarding our Baptist polity, and that is that it’s okay to have an Association based on something other than geography.