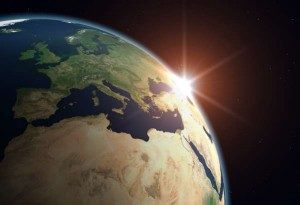 At this year’s SBC Dr. Danny Akin, President of Southeastern Baptist Theological Seminary, challenged the Southern Baptist Convention to have a Christmas in August to make up for the Lottie Moon Mission’s Offering shortfall this year. Due to this shortfall, there are qualified missionaries that will be left at home because we cannot send them. In order to stem this trend, Baptist21 would like to encourage this Christmas in August campaign for the “propagation of the gospel” among the unreached nations and peoples of the world.

There are many churches who are jumping on board with this challenge, we hope many more will.

In the midst of tough economic times, Southern Baptists are being challenged to dig deeply and financially support international missions by giving to a special Lottie Moon Christmas offering during August.

In light of news that the International Mission Board of the Southern Baptist Convention – the international missions arm of the SBC – is no longer financially able to send all of the eligible missionaries, Akin said, “It breaks my heart that people want to go, but we don’t have the funds to send them. I am not going to tell our students to look for a home assignment just because of a shortage of funds. I am going to tell them to look for a movement of God to get the necessary funds to get them to the fields… Southern Baptists are a Great Commission people. At moments of crisis and need, I have watched our people step up and respond time and time again.” He said the recent shortfall in the annual Lottie Moon Christmas offering “provides us with another opportunity to demonstrate our devotion to Christ and passion for the lost. That is what Christmas in August is all about.”

In addition, Southwestern Baptist Theological Seminary is rallying people to this cause.

From a Special Webpage dedicated to Christmas in August by Southwestern Seminary:

Every Christmas for more than 100 years, Southern Baptists have promoted the Lottie Moon Christmas Offering. This offering, named after one of our great missionaries to China, was established in the winter of 1881 and has, since that time, enabled missionaries to traverse the world with the Gospel. Last year, however, the offering fell short of its necessary goal by nearly $30 million. This shortfall has resulted in the indefinite suspension of crucial missionary endeavors and a reduction in the number of full-time missionary appointments.

Southern Baptist Convention President Johnny Hunt and other SBC leaders have called for a special offering to be taken in local churches during the month of August as part of the Lottie Moon Christmas Offering. While you can give year round to the Lottie Moon offering, your gifts to Christmas in August will help offset the shortfall from 2008. Contributions will allow the SBC to continue sending missionaries all around the world. Please consider having such an offering in your local church.

Southwestern Seminary receives no money from this offering. We have developed the free resources below in support of the SBC, to further the Great Commission and to help a sister SBC agency. Please encourage your church to contribute to the International Mission Board for the purpose of reaching 6.5 billion people on this planet for Jesus Christ. Their eternal destiny depends on it.

Check out this website where this is a link to give directly to the Lottie Moon Offering, as well as a link that provides more information about Lottie Moon. In addition, they have created a Christmas in August Logo to be used by churches as they move their people to sacrificial giving in the month of August.

Please rally your churches to have a special day of worship to give to this offering as we long to see the name of Christ made famous among the nations to the Glory of our Great God.

An Article in Florida Baptist Witness about Sustaining Missionaries from Ken Whitten, Pastor of Idlewild in Tampa.

Between the Times– has posted a blog about Christmas in August

JD Greear – has blogged about Summit’s plans to participate in a Christmas in August offering.

SWBTS’ Christmas in August Page– has resources for churches to use, including some logos, web banners, and bulletin inserts.

Here is also a video produced by Southwestern: