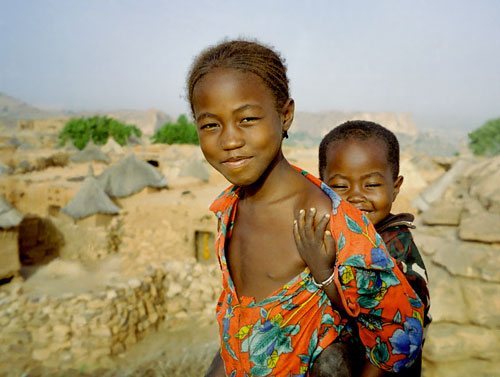 Jimmy was one of the craziest country boys I’ve ever known. Whether riding his horse full speed into ponds, fighting, or jumping off query cliffs, for good or for ill, he has always been willing to make things happen. Several years ago, Jimmy became a Christian, steadily growing ever since. The last couple of years he’s actually served as a deacon. Right now, he and his family are in the midst of adopting an orphan from Ethiopia. On my most recent visit, Jimmy told me that he is taking his family to the mission field (international). They’re so excited. I’m excited. God is working in the lives of his people.

But there’s just one little problem. The International Mission Board (IMB) doesn’t have the money needed to support those who want to go to the mission field. Southern Baptists are going to have to tell people like my buddy Jimmy that the SBC can’t afford to send them. Covering the recent IMB trustee meetings in Denver, Hendricks and Bridges write:

The implications of this suspension are clear and devastating. Amongst other things, it means that the lost people across the globe who haven’t heard the gospel and the Christians who are willing to leave America behind to tell those people about Christ, will not be able to connect. This is heartbreaking. Many Southern Baptists, of course, have lamented these developments (including the IMB trustees that had to make this tough decision). For instance, SBC President Johnny Hunt was quoted saying, “It is not acceptable in my heart that we can have missionaries in the pipeline and need to tell them we can’t send them.” IMB trustee chairman, Paul Chitwood, said, “On this day when God has answered our prayers for workers for His harvest, lack of funding has forced us to temporarily suspend categories for service.”

The solution to this problem will be difficult to come up with in any specificity and even harder to implement. Dr. Danny Akin has sounded the trumpet for a Great Commission Resurgence, providing ten axioms for Southern Baptists to follow. SBC Pastor, Tom Ascol, wrote a compelling piece about the intersection of Akin’s GCR call and the IMB’s actions as well. Picking up on one of Akin’s GCR axiom’s, Ascol primarily points to the need to reevaluate how Southern Baptists pool their money, specifically in relation to convention structures. He writes, “The need to reexamine the structures of the convention should be a rallying call to all Southern Baptists who want to see the sacrificial gifts of their churches make it to the places where it is needed most.”

What are Southern Baptists to think about this? On the one hand, a “restructuring” of convention funding would result in the removal of convention jobs (local, state, and national, perhaps). Of course, the argument goes, this action would allow more money to fund the most critical Great Commission ventures like international missions. But, on the other hand, the jobs that would be cut are jobs that workers, no doubt, see as a key component of the Great Commission. Those working for state conventions would argue that their jobs play a critical part in the advancement of the Great Commission. More must be and, no doubt, will be said.

The way forward is tough. In my estimation, the greatest danger our Southern Baptist leaders and our churches face in all of this is the temptation to be paralyzed by the difficulty of the task. A Great Commission Resurgence has to be more than a slogan or it will fail. It has to be the battle cry of every Christian, everyday, in every place. It will be easy for Southern Baptists in their respective roles to point to “other” people and institutions that need fixing. These “other” people and institutions stand in the way of the advancement of the Great Commission.

Of course, this doesn’t mean that tough decisions do not need to be made. This kind of evaluation is healthy. Families, churches, businesses, etc. do it all the time. Why shouldn’t denominations do this as well? But, a true Great Commission Resurgence goes much deeper than this. A real GCR will be seen when men and women realize that God has given them enough grace in Christ to do ten times as much as they’ve been doing for the kingdom of Christ. Perhaps, some denominational workers will voluntarily take a large portion of their income and give it to those Southern Baptist families that will lose their jobs as a result of the needed changes. Maybe some Southern Baptist families will put off their vacations so that they can send more money to the state conventions, waiting missionaries, seminaries, the IMB, etc.