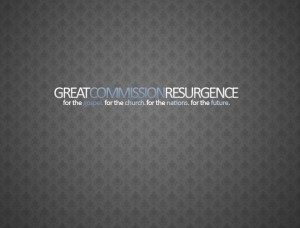 The Great Commission Declaration has seen great success since its release three weeks ago. The number of signatories climbs every day. At the three-week mark, there are over 2,100 signatories. This signature list boasts notable names such as Johnny Hunt, Albert Mohler, Danny Akin, Jack Graham, OS Hawkins, Jeff Iorg, Richard Land, Thom Rainer, Paul Pressler, Ronnie Floyd, Russell Moore, Ed Stetzer, Ed Young Jr. and Sr., David Platt, JD Greear, Matt Chandler, and too many others to name. At the same time, as with the best of the Baptist way, it contains the names of many lay people who hope to see a revival among Baptists, especially in our passion and commitment to the nations. Over this three week period  some common questions have arisen about the document. Many of these seem to be developed out of confusion and suspicion. http://www.greatcommissionresurgence.com/ has posted a FAQ section to address some of these concerns. The Great Commission Resurgence seems to be gaining tremendous momentum, and baptist21 is in full support of this and those behind it. It is our hope that you have signed or will sign, and that you will encourage others to as well. And it is our hope that this FAQ will clear up some of the suspicion surrounding this document. It is time to start thinking through some tough decisions about what it will mean to be SBC in the 21st century, including a look at our denominational structure,  and we think this document gets us rolling in that area. Some object that denominational structure has nothing to do with the Great Commission. But of course how we organize and fund our cooperation has everything to do with how we go about tackling a Great Commission. We know even mentioning the consideration of a restructure will cause some to be nervous and others to be self-serving, but we hope that many will see the great need for this kind of conversation to begin, and ultimately for a Great Commission movement to take place.

Here are the questions the GCR site addresses: