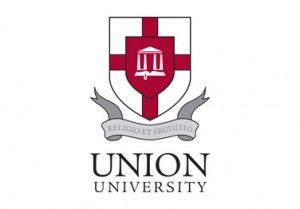 Nathan Finn–“Southern Baptists and Evangelicals: Passing on the Faith to the Next Generation”

I. We need to once again revisit the relationship between Southern Baptists and Evangelicals

So confusing is the term “evangelicalism” due to the way it is often used, that many think it is a myth made up by journalists and authors.

“I prefer to make a distinction between the terms ‘evangelical’ and ‘evangelicalism.'” …skeptical to speak of evangelical catholics, though there are some evangelical-ish catholics.

Evangelicalism is more of a movement than a set of beliefs.

Based upon this distinction between evangelicals and evangelicalism, some thoughts:

– As long as evangelicalism remains a para-church propelled movement, Southern Baptists will remain nervous about relationships with other networks.

– Well known evangelical groups such as ETS are heavily populated with Southern Baptists.

II. What does it mean to pass on the faith to the next generation?

– Southern Baptists must not pass along a denominational arrogance, atheological pragmatism, our pension for confusing bricks, budgets, baptisms, and “bottoms.”

2. Narrative–passing on our stories.  We are part of a tradition who advocated for religious freedom long ago.  Our seminaries and colleges have played a unique role in shaping our churches.  We have transitioned from a regional to a national denomination; from a rural to an increasing sub-urban movement.  And we have many, many more stories that must be told.

Interesting comparison between Billy Graham and Rick Warren as leading evangelicals.  Graham has certainly passed on his baton as a nationally and internationally recognized evangelical and Southern Baptist.  We must be so faithful to pass on our own heritage thru catachesis and narrative to the next generation.

Al Mohler–“Southern Baptists, Evangelicals, and the Future of Denominationalism”

Mohler wrote an essay 20yrs ago arguing that Baptists are Evangelicals, and that’s good news.  “In this address I was asked to revisit the article I wrote two decades ago, and I agree with everything I wrote.  However, I would not write the same chapter today.”

We need a great resurgence.  This is not something that we can drum up in some way, but must come from the heart of our members and churches.  And it will be costly!

“My hope and prayer is that when the Lord returns, He will find us faithful.”  “I’m in no panic, I’m confident that God will accomplish His purposes.  However,…I am asking the question, when the son of man comes will He find faithfulness on the earth?  Will He find Southern Baptists faithful?  That’s a question I can ask, but only you can answer it.”