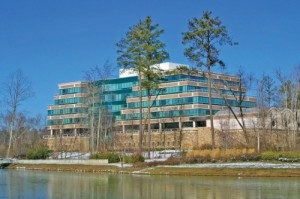 Part One of The Future of Church Planting in the SBC? – The Primacy of the Local Church

Part Two of The Future of Church Planting in the SBC? – The Primacy of the Local Church Continued

A lean, streamlined Church Planting Network (Simple Planting) – Note: Aaron Coe, a Planter through NAMB, has helped us with the information in this section. This network must be streamlined, meaning that ideologies of the current model will have to change along with renegotiating existing relationships. We believe that this is necessary because it will help us get necessary resources to our planters and it will help us spend money on what is best, not simply what is good. It will also mean a unified strategy.

First, Change the current ideology. Church planting should probably be done less, but done better. The main focus of the church planting network should NOT be the number of churches planted each year but rather the quality of churches planted. The major problem with our current process is that we are more concerned with the number of churches we plant than we are with the health and viability of the churches we plant. Our focus should be finding the right men and helping them plant churches. The issue here is that we have a higher failure rate than some because of this ideology of planting high numbers of churches. This ideology also causes us to struggle in finding resources to support these church planters.

A nice shift would be if we only have three capable planters in a given year, only plant three churches. This way we can support churches that will be viable in ten years instead of extinct. Our resources are ultimately wasted if we invest tons of money in churches that will fold up the tent within 10 years, which unfortunately happens too often! The ideology should be find the right men (or teams), however many or few they are, and help them with an abundance of resources to plant healthy, vibrant, self-sustaining, reproducing churches. In the long haul, if we are planting a small amount of healthy, reproducible churches then it will create a multiplication effect. Let us resolve to plant a smaller number of vibrant churches with the right men (teams) for the jobs. We must have a focus on planting healthy churches, and not just more churches.

Second, invest the necessary resources to aid the planters (teams). We mentioned above that the lack of resources hinders many of our church planters. We cannot give a planter a measly salary, send them to a major (expensive) city, and say, “okay, have at it”. As Danny Akin said, in this case they are “DOA.” Here is more from the above quoted Western Recorder interview, “He decried the low funding levels for a new church start and declared a church planter is “dead on arrival” when he is funded at a decreasing level for three years at a starting salary of just $20,000. Baptist State Convention of North Carolina church planters start even lower, at $14,000. “I’ve got news for you,” he said. “You put all that together, and I’m going to be hard pressed to take care of my family for one year.” Instead of giving measly support, we should find the chosen and give them great support that ensures they can last.

Third and directly related to a shift in ideology, we should also consider supporting teams that plant more than just a lead man. This has not traditionally been one of our strategies. This is more than likely tied to our concern with the number of churches we plant in a given year as mentioned above. This must change. Team planting seems to be much more prudent than a single unit plant and some would argue more biblical. This will help in areas of early strength, accountability, planning, etc. We must support more effectively those we are sending into areas that are tough, including many of our major cities. If we do not, we should not be shocked when living in relative poverty, being isolated, and the trials of church planting discourage them. We must resolve to use “Annie” for the sake of our planters. In addition to being prudent, team plants enjoy greater success.

Fourth, we need to eliminate bureaucratic hoops, duplication, and competing strategies. NAMB must find a way to overcome the challenge of moving from a state-convention entangled, bureaucratic agency to a church-focused, streamlined church planting machine. Let us be clear. We’re not saying that state conventions and NAMB should not have any cooperative agreements. That’s impossible. NAMB and state conventions need to operate with one another to prevent overlap. But, we do mean that the current ways that NAMB and the states operate will not do. In fact, we believe, that this step is necessary to a viable existence. These agreements may have served us well in the past, but they need to be re-thought for our future. We hope that state conventions will be very much involved in church planting. But we hope that the interaction between NAMB and state conventions would be healthy and mutually beneficial.

In order to be less bureaucratic and more focused on church planting this home mission board/church planting network should employ its own home missionaries/church planters and not be as bogged down with ties to existing state conventions. An outstanding article entitled “Moment Critical for NAMB” by Calvin Wittman helps us think through what this might look like. We commend it to you, and we believe this move might be a necessity. The red tape and the entanglement with the state conventions must be altered. NAMB on the whole, unlike the IMB, does not employ its missionaries and planters. They are instead employed by and supported through agreements between NAMB and the State Conventions. The State Conventions are then in cooperation with the associations. That means that funding for these planters has to go through several layers to even get to the field: from HQ in Atlanta to the state office to the association and then to the missionary/church. So this means “executive” level salaries at 3 or 4 different levels in order to administrate ministry in one church or area. According to NAMB employees this creates all sorts of issues.

First, there are often times disagreements between NAMB, the state convention and the local association as to how ministry in that particular area should be done. So, the missionary is in an awkward political position trying to determine with whom he should “side.” Second, this creates often times greater loyalty to one entity over another depending on which entity hired you. Third, these tensions lead to NOT having a unified approach to ministry in a particular area. One example might be reaching college students in a city. One entity may utilize a church-based strategy that empowers local churches to reach college students, whereas another entity might utilize a parachurch campus based approach to reaching college students. Too many bosses. Too many chefs in the kitchen. Sometimes the bosses utilize strategies that work against one another.

However, what we propose for this church planting network is setting up regions within the US (which could cut down on the number of executive level salaries necessary to carry on the work of the board). They would employ planters and have a unified strategy (church planting) in that region. The regional coordinator would work with churches in the planting process.

One of the biggest factors in the upheaval at NAMB seems to be that NAMB cannot operate effectively in its current structure without state convention buy-in. So a trim and more efficient church planting network that lacks much of this red tape is necessary. In some ways it is harder for NAMB to succeed than IMB because NAMB has so many more hoops. So NAMB has done it like this: they get an idea, put it before the states, and then form committees  made up of the state convention people, ostensibly to get their input, but in reality more to get their commitment. This leads sometimes to stalling creativity and the death of good ideas. There is a catch 22 though because NAMB must have state buy-in to be successful. It seems that this is the system NAMB has created, and it needs to be replaced. This will take tough calls, but a leaner entity could be a better church planting network.

Part 4 of this series will be some concluding thoughts