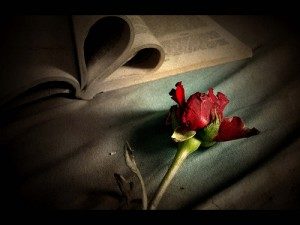 Each day after kindergarten my mother would ask me what I learned in school that day as I ate my afternoon snack, and without fail the five year old Walter would respond, “nothing.” After giving my customary answer, I would always add, “but at story time we learned…” It didn’t matter if the story was fact or fiction, I would be swept into the depths of my imagination until the story came to an end.

It is with stories that we recount the events and of the past, and we await our turn to contribute to the ongoing saga of humanity. Believers desperately desire to bring glory to God, and contribute to society so that we would be remembered favorably in the story of human history.

In recent years, Hollywood has rediscovered the power of a well written story, and it is evidenced by the release of the blockbuster hit The Chronicles of Narnia, and by the overhaul of network television. In the 90’s and in preceding decades, television shows were intentionally written to be thirty to sixty minute episodes that were designed to stand alone, with the rare exception of an episode that was “to be continued.” Television shows such as Lost, 24,Smallville, and Prison Break have revolutionized the way Americans watch television.

It is now common for a television show to have one continuous plot line from season one, episode one, to the final credits of the last season. The shift in network television has resulted in movie rental franchises dedicating a section in every store to television shows in DVD form, so those who are swept away by a show, a season late can catch up on the storyline and the drama from the previous seasons. I can’t count how many Facebook invites that I have received announcing a marathon of a show in order to prepare for the upcoming season of a show. If I am completely honest, I too have been lured into this fad, because I watched the fourth season of House MD in less than two weeks with my roommates this summer.

Humanity’s natural bent for stories should be helpful to inform parents about how to teach their children, pastors in teaching their congregations, and relaying simple truths to others. I must give a disclaimer before I begin to talk about children, I am currently not a parent, but I pray that one day the Lord will allow me to have some natural children, as well as adopt a few. So I speak as one who is in excited preparation for teaching my children biblical truth. With that said, as a child I can remember well-meaning Sunday school teachers giving me arbitrary acronyms to memorize the attributes of God. In light of man’s bent towards narrative, it is more beneficial to read one of the great stories from scripture, such as the parting of the Red Sea, and highlight the character of God within the context of a story. Children and adults alike are prone to remember propositional truth couched in a narrative rather than truth statements held against a blank backdrop with no “hooks” for the truth to hang. Lastly, stories are a wonderful tool that can illustrate abstract concepts like faith to a child who may have difficulty understanding an isolated reading of Hebrews 11:1.

A few resources for teaching children:
The Chronicles of Narnia, By C.S. Lewis
The Wingfeather Saga that currently has two volumes, By Andrew Peterson
Big Truths for Young Hearts, By Bruce Ware
The Jesus Storybook Bible, By Sally Lloyd-Jones

The use of stories in the pulpit, or in a Bible study has the ability to show the authenticity of the teacher. When I use “story” in this sense, I am speaking not of fairy tales, but of a testimony that identifies real people, specifically the teacher, with the hardships and truths being taught in the teaching moment. Secular media has begun to use the non-threatening means of stories to communicate even the most controversial messages. The story of Harvey Milk was released as a feature film and publicized the homosexual agenda in a way that even those who believe that marriage is between one man, and one woman would be able to sympathize with his humanity.

Truth embedded in a real life scenario is a powerful witnessing tool. We would be unwise to discount the Holy Spirit’s work through a Christ-centered testimony. I have heard too many “testimonies to the grace of God” that spent 95% of the time detailing how deep in sin they were before they came to Christ, giving only a moment to the redeeming work of the cross. In fact, those of us who trusted Christ at a young age often pass on the opportunity to share our testimony because it is not dramatic enough to intrigue listeners. Both of the former scenarios are less than glorifying to God. Any testimony of the God of heaven and earth snatching a sinner out of the grip of a Hell bound eternity is a story worth shouting from the rooftops. Every time a believer tells their story it should be Christ-centered, not man-centered. A helpful rule is to spend a short time recounting life before Christ, and the bulk of the testimony giving the content of the Gospel, and when applied, how it changed your life. As a result of hearing your story, the listener should be able to navigate their way to the foot of the cross, not recount all the details of a lost and sinful existence (they already know that story, their own).

God instilled the desire in all of humanity to be apart of a story, because all of humanity is called to participate in the story of God redeeming his creation. The story of scripture details God’s plan for redeeming the earth from its fallen state. Scripture not only tells the story of redemption, but it calls believers to be apart of the solution. The major plot movements of human history are, creation, fall, redemption, and restoration, and the church exists during the redemption phase.

The imagery of redemption is to “buy back,” or to “buy free.” In a kidnapping, a free person has been taken captive, and is being held for a ransom. Another free person pays the ransom and buys back the captive’s original freedom. Applied to the storyline of Scripture, every part of God’s good creation has been taken captive by sin at the Fall, and Christ came and died in order to pay the ransom for sin. The church exists in a time of tension, despite the fact that Christ has already died to redeem creation, we are awaiting the complete redemption known as restoration (or consummation). Albert Wolters says it best, “Both the already and the not yet aspects characterize the interlude between Christ’s first and second coming. The first coming establishes his foothold in creation, while the second coming accomplishes the complete victory of is sovereignty.”

The church has been entrusted with the “ministry of reconciliation,” on Christ’s behalf (2 Cor. 5:18). As a body, the church should work hard be a conduit of grace in every aspect of their community. The actions of the church should make onlookers hunger and thirst for the kingdom of God. As a word of warning, as churches seeks to serve their community, let us be careful that we do not substitute the ministry of proclamation for service, but using the service opportunity to actualize Christ’s foothold of redemption, and as a launching pad for a loving proclamation of the story of Christ.

Few and far between are Christians who have a firm grasp of the grand narrative of scripture, and an understanding of their role in redemptive history. God’s story of redemption, the greatest story ever told, should be on the forefront of our minds, and on our lips, in a world that is dying while searching for a redeemer, and wanting so desperately to be a part of a story.