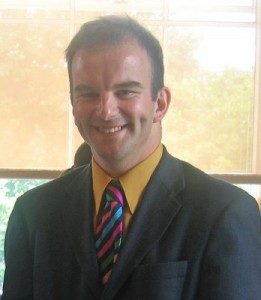 A dear friend gave me a fascinating article recently written by Dr. Carl Trueman, professor of Church History and Historical Theology from Westminster Theological Seminary. In his article, “A Revolutionary Balancing Act” Dr. Trueman’s major concern is what he calls “the crisis in systematic theology.” Trueman’s thesis is that the growing interest in Biblical Theology is swinging the pendulum too far away from Systematic Theology. Though written in 2002, Dr. Trueman’s words are important for Southern Baptists today-particularly us young seminarians who have been heavily influenced by a Christocentric hermeneutic and a Canonical/Grand-Narrative Theology. Below are a few key quotes and some brief interaction with the article. Also, see Graeme Goldsworthy’s response to Trueman’s article here.

“My question, however, is: have the revolutionaries become the new establishment, and are we therefore missing out on issues of crucial importance through turning the valid insights of biblical theological preaching into ideologies which exclude other, necessary emphases? I raise the question because it seems to me as I mix with students in the USA and the UK that many of them have a good grasp of biblical theology. They understand the Bible contains a narrative, that this narrative culminates in Christ, and that this imposes certain demands upon the way they exegete any given passage. The problem is…that the triumph of biblical theology has been so complete in some quarters that we now need to realize that this new establishment might itself be generating problems of its own.”

I’m confident that some Biblical-Theology fanatics are already on the defensive toward any subsequent comments. It’s important to note, however, that earlier in the article Trueman acknowledged his appreciation for and welcoming of the biblical-theological/redemptive historical movement from Moore College and others. So, as he says, “the rest of this article should be read in that light.”

The problems that Trueman sees being generated from the biblical theology movement are:

1. “…the problem of mediocrity. It is one thing for a master of biblical theology to preach it week after week; quite another for a less talented follower so to do. We all know the old joke about the Christian fundamentalist who, when asked what was grey, furry, and lived in a tree, responded that ‘It sure sounds like a squirrel, but I know the answer to every question is ‘Jesus”. One of the problems I have with a relentless diet of biblical theological sermons from less talented preachers is their boring mediocrity: contrived contortions of passages which are engaged in to produce the answer ‘Jesus’ every week. It doesn’t matter what the text is; the sermon is always the same.”

This section alone is worth the entire article. Strong words from Dr. Trueman, but, I think, worthy of our consideration. His clear concern is that because this type of preaching focuses so much on the macro (i.e. the grand narrative) it tends to miss the micro (the particular doctrines that buttress the big story). His comment that ‘no matter what the text, the sermon is always the same’ is curious. In one sense, every sermon should be the same insofar as it points people to Jesus and His gospel. But, Trueman is right that if not careful preachers with a biblical-theological bent will slip into boring mediocrity preaching every text the same.

2. “…the triumph of the biblical theological method in theology and preaching has come at the very high price of a neglect of the theological tradition.”

Trueman goes on to argue that the “economics of the history of salvation” have historically always been balanced by careful reflection on the ontological aspects of God “which undergirded the whole of the church’s life and history.” In other words, Trueman appreciates that biblical theology helps to explain the big picture of God’s mission and the grand story of the Bible, but fears that too much attention to the story kicks the legs out from under hundreds of years of careful, systematic doctrinal reflection of the church. As a dear friend said to me concerning this issue, “If we focus only on what God does, we miss who God is.”

3. “My greatest concern with the biblical theology movement is that it places such an overwhelming emphasis upon the economy of salvation that it neglects these ontological aspects of theology. In doing so, it will, I believe, prove ultimately self-defeating: a divine economy without a divine ontology is unstable and will collapse.”

This is largely a restating of the first two points, but with a more stark contrast between economy and ontology. Trueman raises his voice a bit toward the end of the article in favor of a return to systematic theology, though his argument is not for either/or, but for both/and. Of course, his writing is not without bias as a professor of historical theology and church history, but his concern is fair and well stated.

“The biblical theological revolutionaries have become the new establishment, it [is] time for those of us rebels who think that the Bible raises more than just redemptive-historical questions, and that the creedal tradition of the church gives important insights on this, to raise our voices in dissent, to highlight the very real dangers of making this insight into an ideology and to do our best to bring the pendulum back a little.”