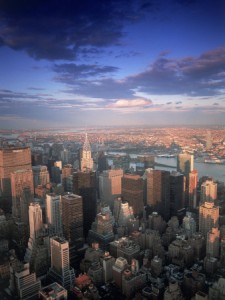 Cities are so fascinating. Each one stands so uniquely with its own strengths and weaknesses. My recent travels have taken me to some of our nation’s largest urban centers. Without exception, I’m always struck by two things: the mass of people populating cities and the lack of churches reaching them. Fortunately, it seems, more believers are focusing their gospel energy on reaching these cities. As we do, we’ll need to make sure that we address the massive challenges that face us. Right now, I’ll just mention one.

Do you know how much it costs to live in the city? You’re right, it depends. But without exception, it costs a lot, a whole lot. I’ve got friends and family that have planted or are about to plant churches in New York, Chicago, Denver, and more. The of the things that they face without exception is the financial challenge. On a recent trip to Denver, I had the chance to hear about the cost of living in areas that were exploding with young people. Yet, the staggering cost of living made we wonder how any single person who didn’t make the big bucks could live there, not to mention a family. One sister in Christ pointed my attention to a couple of houses, about 1000 sq ft in size and structurally weak, and told me about the $350,000 to $400,000 price tag. Did you get that?

In order to get a place in the city, living among the people, church planters will have to drop some serious cash. Now, of course, their will be some less expensive housing options. But let’s not fool ourselves, there will be large costs and little space. Where is a church planter going to come up with $100,000 a year, give or take $25,000? How does this affect church planters with kids? How will he be able to plant an effective church if he’s always scrambling to make ends meet?

Now, I know there’s something to be said for scrambling to make things work. I get that. But I think we’d all agree that, if possible, it’d be better if the church planter could focus more on reaching lost people and establishing a church. Thankfully, Southern Baptists have made things a little bit easier. Basically, for a couple of years, Southern Baptists will pitch in $20,000 (give or take a few thousand dollars). This is helpful. Instead of having to come up with $100,000 or so, the church planter only has to come up with $80,000.

But wouldn’t it be great if we could commit money for more than a couple years? Wouldn’t it be great, if we could commit significantly more money to church planters? Instead of focusing a lot of energy, mental and physical, on providing for the family and dealing with all the pressures and anxieties that come with this, wouldn’t it be great if church planters could throw themselves more fully into the difficult work of planting a church in a pagan setting? With all the challenges that urban life and 21st century American culture present, wouldn’t we all agree that these are some of the most difficult challenges imaginably?

Does this proposed change seem obvious? Maybe. Maybe not. It’s not, of course, unprecedented. The IMB does something almost exactly like this with great effect. While many missionaries struggle, raising support, our IMB missionaries are able to deal more energetically with other burdens that wait for them in dark places throughout the world. The missionaries are given support through the IMB, which is given by Southern Baptists through the CP and Lottie Moon. The level of support is enough to live off of and graded according to cost of living in particular cities.

Listen folks, we’ve got the money. Just look at the budgets of our state conventions and agencies. The question is can Southern Baptists prioritize their monies so that they are more focused on church planting and less on good, but secondary concerns? Is it possible that Southern Baptists might be able to grade their monies, pouring more money into urban church planting in cities outside of the south? Would it be possible to take the millions and millions of dollars that we are spending on things in the south and redirect those monies towards church planters who are ready to leave momma so that pagans will praise Christ?

There are challenges to this, seemingly obvious, suggestion. Unlike the overseas mission effort, North American church planting involves NAMB, state conventions, and associations. This means that there is a lot of, to say the least, opinions involved in how this effort should go forward. There are a lot of opinions about what a church planter should be like, how much a church planter should make, etc. There are also those who would say that we should keep a good bit of money in the southern states because there are lots of lost people here too. Never mind, that those southern regions have more churches in their areas than most urban centers, outside of the south, have Christians. These challenges shouldn’t intimidate us though.

How do you think we can best address the money issue for church planting purposes? There is no doubt that this one little problem is related to a whole host of issues. More, of course, needs to be said. And you’re right, God does own the cattle on a thousand hills. But, I think it’s important for us to realize that he’s given us a lot of those cows. Recognizing the mission God’s given us, the lostness of those cities, and more, do you think God will be happy with the way that we’re spending his money?