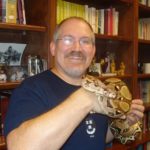 Malcolm Gladwell wrote the book The Tipping Point to examine how seemingly unremarkable events cause a “tip” leading to rapid change in a brief amount of time. We have seen such tipping points in church history. Luther did not know at the time that his nailing of the 95 Theses would create such a tipping point. Edwards simply sought to be a faithful pastor when a tipping point was reached and an awakening came to Northampton. Samuel Mills and his friends witnessed a tipping point in missions in 1806 under a haystack.

For some time in the 1960s and 70s a growing dissatisfaction with rising liberal views in the SBC swelled until a tipping point came with the election of Adrian Rogers. Well, some would argue the tip came in Dallas in 85, or another event, but tip we did, and change came. Today the SBC is a very different convention than where she was heading back then.

But that was then.
This is now.

We have become by all statistical measurements a giant movement in genuine decline. Signs indicate a growing tide of dissatisfaction with ineffectiveness in ministry. Marked mostly by the response of younger adults in the SBC, it has been growing as well in people my age (I’m turning 50 this week!) and older. Over the past few months I have had more conversations than I can count with leaders in the SBC in state conventions, great churches, schools, etc. There has been a growing weariness of where we are, and it seems the tsunami has just crested.

I believe we have reached a tipping point in the SBC.
I believe we can not go back from here.

I could be wrong. But after serving as a home missionary, living in and out of the south, preaching in over 1700 SBC churches, ministering in over 40 states, speaking at evangelism conferences, preaching in everything from church plants to megachurches, and listening to a generation of students, I am convinced in my heart that we simply will not go back from this point. There is a deep hunger for a Great Commission Resurgence, a Missional Reformation, or whatever you want to call it (some just say a genuine revival).

We have tipped.
It is time to change.

Here are just a few areas where I believe we have tipped:

Relationships–the Cooperative Program still matters. But simply giving because one is “supposed to” has passed. Momentum is gaining for real accountability and much more effective stewardship. I meet no one who wants to take away from the support of missionaries or the training of ministers. But I meet plenty who say something like these words from one of the brightest young men I know: “In the Conservative Resurgence, many pastors and churches expressed frustration when their giving supported liberal professors in our schools. Now, many I know have the same frustration over giving to a bureaucracy that wastes precious money that could be more focused on the gospel.” I remember as a young minister thinking that if the average person in the pew knew some things being taught in our colleges and seminaries, they would want a revolution. Recently, one of the most recognized leaders of our time commented that if the average Southern Baptist knew how every penny of their money was being spent, they too would want a revolution. The category has changed, but the sentiment of dissent is the same.

Relating to Culture–while some have criticized those who affiliate with brothers who differ from us on some issues, we have been more than open to invite those we consider frontline soldiers of the culture wars to our conventions and our to our side almost without discretion. We must be involved in the government (I have former students fighting for the unborn in state houses), but we who are ministers of the gospel ought not drape the gospel in the American flag or imply that the only hope for the future lies in an elephant’s party. Our hope is in the gospel, and our commission is to take the gospel to the nations and to our neighbors. Too many today have decided to put their efforts in engaging the culture with the gospel rather than waging war with it.

DA Carson said it well: “There are lots of ways of getting rid of pornography. For instance, one does not find much smut in Saudi Arabia. But one doesn’t find much of the gospel there, either.” We have reached the point where standing together in gospel work must be more than a slogan; it must be our passion.

The Future–most I meet remain part of the SBC for three main reasons. First, they are debtors. They have been trained in SBC schools and mentored by SBC ministers. They have been taught to love and share God’s Word from Baptists. Second, no one else has created the matrix of ministry like we have. When you add all the components: international and North American missions, disaster relief, help for pastors through seminary training, insurance and methodological tools, resources for churches, etc, no one has what we have. Third, we share key doctrines. There has been a core of conviction about Scripture, the gospel, ecclesiology, and other matters that has to this point been a compelling reason to stay in.

When I talk to men about the future, however, almost without exception the tone of the conversation changes. From gratitude and fortitude the attitude moves to skepticism and frustration, often anger. At best most are pretty apathetic. There is no sense of momentum regarding the future. There is a great concern about the waning effectiveness of our systems. And there seems to be a lack of hope that the ship can be turned. Many are concerned that the center of the SBC has moved from a theological core to a methodological consensus, and that consensus has collapsed. More look to a theological center for the future.

More and more say that in 10-15 years the SBC is going to look very different. Either we will make dramatic changes that will lead to effectiveness in taking the gospel to our neighbors and the nations, or so many will leave because we will have become a shell of who we were and will be forced to make the changes due to economic reasons rather than from a biblical center. And by then, it will be too late.

I am no alarmist.
But neither am I an ostrich.

The issue, and it is by no means only a younger generation issue, is how do we bring about change in our churches and convention that will make us more effective (we largely are not) in the world in which we find ourselves without unnecessarily jettisoning unchanging truth and the best of our heritage?

We must answer this question, and soon.
But other questions loom as well.

If we are so committed to the Word of God and the gospel, why are we so ineffective at living and preaching it? Why are there so few great expositors?

Why is there so much redundancy in ministry from evangelism training to church planting to Sunday school training from the local church, association, state and national agencies? Is this good stewardship?

Why do so many seem intent on isolating and vilifying the 5 percent of secondary issues where we may disagree while not coming together for the sake of the gospel? Are we so theologically inept that we cannot even prioritize the eternal from the temporal, and our preferences from truth?
Why are so many obsessed with the institutionalism of the church while ignoring its mission? Why do we still seem ignorant of the fact that we must engage lostness in the culture rather than in our buildings?

Why will we not admit that many, not just a few, SBC churches make virtually no impact in their communities for the gospel, and many seem not to care? I would argue, however, that most people in our churches really do want to honor their Lord if someone would show them how. That is why I teach at a seminary.

Why do some put more emphasis on having Baptist in the name of the church (which has not always been the practice of Baptists historically) than on living out our faith in our communities?
Why have some of our most gifted leaders been ostracized from key leadership for cutting out Sunday night services (typically to enable believers to interact more with lost neighbors), changing the music in the service, or removing a tie from around their neck? Or, why do we strain at a gnat and swallow a camel?

Why are some so concerned about our desire to learn from others who may not be SBC? We can end parochialism without embracing ecumenism.
But one thing I hear more than anything else. And this one thing I believe has become the critical issue of our time:

Enough talk about change.
The time has come to change.

I believe it is time for a new resurgence, one focused on the Great Commission, founded on unchanging Scripture. Yes, there are those more interested in an antinomian faith than a bloody cross. There are also many, far too many, who confuse the customs of our churches with the truth of God’s Word.

If God would raise up a leader or leaders to take the flag of the gospel forward with an understanding of how to engage the culture missionally, we would be amazed at how many would follow.

Across the nation people are ready for change. Young men and women are fed up. Leaders know the future is not bright if we keep doing what we are doing. Veteran ministers long to see God move in our land. A sleeping giant has been awakened. And the future will be shaped by how we respond.

These are critical times.

At the time of the bombing of Pearl Harbor, Japanese Fleet Admiral Isoroku Yamamoto reportedly observed: “I’m afraid all we’ve done is awaken a sleeping giant and filled him with a terrible resolve.” Indeed his words rang true as the United States of America responded to the Japanese with resolve the likes of which the world has not seen.

The giant has been awakened. The giant of a multitude of SBC believers who, like Wesley and Whitefield in their day, and Adrian Rogers, Paige Patterson, Jerry Vines, and others in ours, saw the need for fundamental change. Let us come together and learn from each other how to navigate these waters for the glory of God and the sake of the gospel!

I urge all who read this to come to the SBC in Louisville this summer. I changed my schedule to be there. I believe God has raised up men like Johnny Hunt, who loved younger ministers before it was cool, for such a time as this. If I am right, and we have reached a tipping point, we will know soon enough.