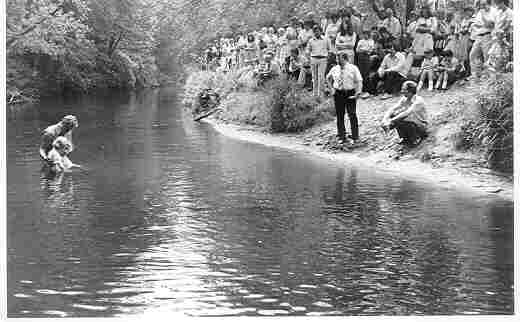 It is often times easy to take “swings” at the SBC and in many cases rightly so. A convention of imperfect churches will always be imperfect. Yes, we have many warts, and this causes many to focus attention on the blemishes. Sadly, those imperfections often blind us to the really good things that Southern Baptists are doing. Not only are these negatives leading to criticism, they are also leading many to question whether or not they should remain (or ever become in the first place) Southern Baptist. The logic is that “I have one life to live for Jesus, and I need to make the most of my time in ministering for him, so I’d rather go somewhere that is flourishing and less ‘politically embattled.'” This logic is not without wisdom. We do indeed have one life (a short one) to minister in the tasks assigned by the King. So, the question that we need to ask ourselves is, “Why am I a Southern Baptist (or why should I become a Southern Baptist)?”

We remain committed Baptists because we think that Baptist distinctives above any other denomination’s theological distinctives, are the most biblically faithful. This is a conviction based on reading and studying the New Testament. We are strong advocates of Regenerate Church Membership, which John Hammett, a professor of theology at SEBTS (and others) calls “The” Baptist Mark of the Church. This mark then flows into all the others such as Believer’s Baptism, Congregational Government, Local Church Autonomy, and the Priesthood of the Believers. So we choose to be Baptist because we think Baptist distinctives are the most biblical (and we will point to this in our vision series).

But why do we choose to be Southern Baptist? Given that we believe Baptist distinctives most accurately reflect the New Testament Church we believe the following reasons warrant, with all of the imperfections of the SBC and need for reform, being Southern Baptist. Not only do we think being SBC is warranted, we believe it is the best place to cooperate together to do ALL that King Jesus commands in the world! So, “Why are we and why do we think you should be a part of the SBC?”