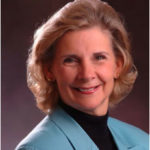 Janet Parshall, host of the nationally syndicated Moody radio show In The Market with Janet Parshall, took on the assignment to share with us about Mary, the mother of Jesus. The first teacher of session two, Mrs. Parshall, pointed us to Luke 1 and 2, challenging us to put away all thoughts of Christmas cookies, cookie exchanges, and sweet little nativity sets, and really focus on the character of Mary.  Focus on who she was, where she was, and what the customs were in that day.

What we do know about Mary is that she is a junior high teenager, more likely uneducated, maybe illiterate, and that she is a virgin-fulfilling the prophecy in Isaiah 7:14.  We see that after the angel Gabriel delivers the news to Mary that she will conceive and give birth to a son, Jesus, her response (Luke 1:34) is one more of curiosity and not of doubt.  What is more amazing is not the questions she asks, but the questions she doesn’t ask.  Mary doesn’t ask, “What will my parent’s think?”  “What will happen to future marriage?”  “Why me?”  “What will the town think of me?”  No, Mary responds with an obedient heart, a humble, submissive, and obedient heart.  The message from Gabriel meant that all Mary’s plans for her life would be forever changed.  It meant that Joseph might not ever trust her again.  It meant that people would probably talk about her behind her back.  And still in that moment Mary recognizes who she is, “the  Lord’s slave.”  Even though these aren’t the plans and dreams for her life she is not to bargain with God with what might be better for her life, for she knows that nothing is impossible with God.  What would we have said in this set of circumstances?  Would we say yes if it meant people would talk about us?

Mrs. Parshall wanted us to see a contrast of responses to God, pointing us to Zechariah in Luke 1.  Zechariah who walked blamelessly with the Lord, righteous, persistent in prayer, didn’t answer quite the same way as Mary.  When Gabriel appeared to Zechariah to present to him the good news that his wife would bear him a son, he said, “How is this going to happen?”  Mary doesn’t question Gabriel, and yet Zechariah responds more with a “but God” response.  This response is, unfortunately, the more common response we have to God’s working in our own lives.  How many times have you tried to bargain with God, not believing that what he says will be fulfilled?  In this moment Mary, the little teenager from a small town, outshined a favored priest in her heart and response to God.

Mrs. Parshall’s vibrant and up-beat teaching challenged us to give our plans, our timetables, our expectations to the One who has different plans for our lives.  Help us Lord to know how to say yes.