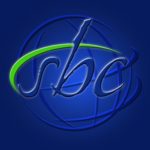 David Williams recently wrote a GCR viewpoint piece in Baptist Press and I’d like to interact briefly with his argument.

I disagree with Mr. Williams that NAMB’s primary strategy should be “supporting and undergirding the work of the state conventions.” I think most Southern Baptists think that NAMB is supposed to be a church planting network in North America, and most Southern Baptists want NAMB to be a major church planting network in North America, not primarily a subsidizer for State Convention ministries.

That means that the GCR is for new strategic partnerships but those partnerships must be focused not on reproducing convention ministries or on funding “basic staff and services,” but rather on planting churches. Those frontier conventions who focus on that can expect a great deal of partnership with NAMB. The only way we can assault the massive lostness of North America and make disciples is by planting churches.

Mr. Williams then mentions his two major problems with the GCRTF report: 1) Great Commission Giving and 2) the “omission” of challenging churches to give a certain percentage through the CP. Let’s address these one at a time.

One issue that I have with Mr. Williams critique is that it fails to take into account the autonomous nature of our cooperation.  He writes that churches that designate gifts “purposely route funds around the budget approved by messengers to their state convention and to the [SBC].” We are a convention of autonomous churches that cooperate. That means each church should do and give what they decide to do and give before God. If the local church is primary, then they are in the driver’s seat here.  If churches want to cooperate with the SBC but do not feel that the approved budget of their state convention matches what they feel God has called them to do in mission, then why would we criticize them for designating, if indeed the local church is primary?

Mr. Williams writes, “When a non-tithing family gives a designated gift because they would rather decide how their money is spent than submit it to the decision-making process of our church, I grieve over their lack of cooperation.” This statement reveals much of our convoluted ecclesiology in the SBC. If a person is a member of a church then they are in covenant with that church (like a marriage), so it is not only not cooperative to not give to the church budget, it can be sinful and grounds for discipline. However, churches ARE NOT IN COVENANT relationship with the state convention or with the SBC, so the analogy breaks down. These are voluntary relationships, not covenant commitments. This reveals that many still believe the churches serve the convention entities, NOT that the convention entities are to serve the churches.

Sense the SBC is about voluntary partnership to cooperate together, each church should do before God what their mission is, and we should celebrate that. If the church is designating around the CP, then instead of criticizing, entities should ask the question, “why?!”

Mr. Williams second issue with the report is that the GCRTF did not challenge churches to give 10% to the CP, while they did call other autonomous individuals or entities to giving amounts. He then issues his alternative “stronger recommendation.” He calls each church to give 10% of undesignated receipts through the CP to their state convention, 3% to their local association, and then to give above and beyond that to special missions offerings. The issue here again is one of autonomy and voluntary partnership.

Let me state upfront that I love the CP and am grateful for it. I want to see the CP thrive. However, my problem with Mr. William’s proposal is that it assumes all SBC entities are the same and that each church should just automatically out of duty (or biblical obedience?) cooperate at the same level with each entity. Our local association has a woman pastor. Why in the world would we challenge churches in our association to give 3% to an association that doesn’t hold to our theological confession in the BF&M2000? Some state conventions still have liberal institutions. Why would we criticize churches that out of theological conscience designate away from those institutions? That’s why this “stronger” proposal fails. It fails to take into account the fact that not all SBC entities are the same, so we can’t automatically conclude that all entities need to be supported at the same level.

Mr. Williams goes on to use a similar phrase that opponents of the GCR are using, “The solution is not just changing how we slice the pie. The solution is a bigger pie.” I agree that it is both/and. We do need to each as individuals and churches sacrifice more in missions giving, and each entity needs to reallocate their budgets to sacrifice more for mission. However, no one seems to be asking the key question, “Why are churches decreasing their giving?” Could it be because they don’t like the slices? If that is the case (and it is for many), then simply telling them “You really should give more” is not going to work. It won’t enlarge the pie. A compelling vision needs to be put forth. Those who don’t like how the current pie tastes will not contribute to baking a bigger version of the same pie.