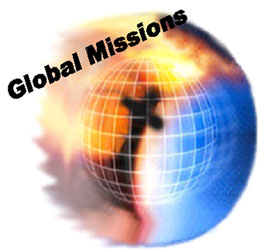 Baptist21 would like to make our readers aware of Global Missiology. Global Missiology is a quarterly publication of contributions from international researchers, practitioners and scholars who have a global perspective. This quarterly was founded in the summer of 2003. Global Missiology’s purpose is to provide a quarterly publication with a commitment to the world-wide mission of the Church and the biblical mandate to “make disciples”. It is, by design, a venue for electronic, interactive exchanges among researchers, practitioners and scholars who have an international scope and global concerns. GO CHECK IT OUT

One of Baptist21’s Contributors (Nathan Akin) was published in the Global Missiology Quarterly. His contribution is entitled, “AN EXAMINATION OF MICHAEL FROST’S EXILES: LIVING MISSIONALLY IN A POST-CHRISTIAN CULTURE” (click here for the full PDF)

We will post the article in two parts here at Baptist21:

Though some Evangelicals are uncomfortable by the term “missional,” we have a thing or two to learn from the stream of church labeled by some as missional-incarnational. In particular, I think we have much to learn from Michael Frost’s Exiles: Living Missionally in a Post-Christian Culture. And though I certainly have issues with some of his thoughts, there is a good deal to learn and seek to implement in our churches from this work. In particular, Evangelicals1 need to hear what he has to say about Christendom, his critique of some of the “trendy” ways of doing church, Incarnational-Mission, “Third Places,” “Communitas,” and “Liminality.”

Highlights of the Book

In chapter one, Frost analyzes Christendom and what he deems the “institutionalized church.” Frost points out that Christendom, brought on by the Edict of Milan, ushered in a church that was no longer dynamic and revolutionary. Instead, the Church became institutionalized and a place that everyone by birth became a member. He says, “The death of Christendom removes the final props that have supported the culturally respectable, mainstream, suburban version of Christianity… wherein church attendance has very little effect on lifestyles… with the death of Christendom the game is up. There’s less and less reason for such upstanding citizens to join with the Christian community for the sake of respectability or acceptance… leaving only the faithful behind to rediscover the Christian experiences as it was intended: a radical, subversive, compassionate community of followers of Jesus” (p.7-8). Unfortunately, many Evangelicals are still living as if in a Christendom context, which leaves us with nominal Christians worshiping in nominal churches. We have to seek ways to overcome this mentalitys by making discipleship as costly as Jesus says it will be and by instructing our people, that church is not a one-time event at a building on Sunday. But therein lies the challenge and the blessing, if we will break free from this we may see more radical followers with authentic Christian lives that are both attractional and missional, and that is what Frost is calling us to.

In the next chapter, he tells us what will move us past the stranglehold of Christendom. He says it will happen through recapturing the radical nature and person of Christ. This means, according to Frost, that we must rid ourselves of the effeminate Christ of our culture. He says this will make us missional, being where the lost are, as we seek to be like the one who hung out with sinners. He also points out that the life of Christ helps us shatter the divide between the sacred/non-sacred. I think this is essential to Southern Baptist life, because we have for too long seen Sunday as the day of “worship” and then the rest of the week something else. So, for example, evangelism becomes something we “do” rather than a life we live, and we see evangelism as merely getting the lost in the church door on Sunday. We see church as the place where we wear our “best” because we want to honor God on that day with our “best,” and as a result, we set up a life that sees the other days of the week as having little to do with God or His presence in our lives. In addition, we rarely engage our church community outside of the church building, and so we certainly do not reflect the community aspect of the church in the book of Acts. Instead, we must see all of life as worship and the church as something we “are” not something we go “to.”

In chapter 3, he delivers a stinging critique of some modern, “hip” ways of doing church. He tells the story of an innovative pastor who thought Frost would be impressed that their church had recently driven a tank on stage as part of the Sunday morning festivities. He simply asks the questions, “Do you think Jesus would do such a thing… Driving a tank into the pulpit might be cool (well, it would certainly grab everyone’s attention, I suppose), but is it a reflection of the Christ?” (50-51). He continues, “If you cant picture Jesus driving a tank or pouring millions of dollars into new church-building projects, then you are forced to allow the dangerous ancient stories to judge the insipid contemporary ones” (51). He says much of these kinds of activities demonstrate that we are captivated by the culture.

Instead of these huge attractional shows, we must be about “Incarnational Mission,” being where the lost are. An Incarnational approach will contain four elements:

Based on his thoughts of incarnational ministry he introduces the term “third places.” Third places are where people regularly hang out with friends and let their guards down. So, first place is home, second place is work, and the third place is bars, coffee shops, cafés, and more. He is calling for the believing community to engage these places. He points out that the problem with church is that we fill the week with so many programs that our members never engage these 3rd places. Instead, we need to meet and form relationships with the lost in these “3rd places.” That may mean doing something like putting your children in a community basketball league instead of an “Upward’s” basketball league, or having small group times at local coffee shops and engaging the management and patrons.

In chapter five, Frost introduces two concepts that are worth the book, “Communitas” and “Liminality.” He says of communitas, “communitas denotes an intense feeling of social togetherness and belonging, often in connection with religious rituals, in which people stand together ‘outside’ society, and society is strengthened by this” (110). He believes that this communitas is stronger than just community. He believes community for its own sake eventually breaks down or I would add in church, community moves to sectarianism. Instead, he says this a call for community that is strengthened by the Mission. And this is where he introduces Liminality; liminality is caused when a group of people is moving between two stages. The example he uses is that of the boys becoming men in an African Culture who are taken outside the camp to be taught the ways of men in their society. They are in a liminal stage in which they are no longer part of society as they were, nor as they will be, but instead, “In the period of liminality, the initiates progressively achieved a release from conformity to general norms and experienced a profound and collective sentiment for each other. This sense of ‘supercommunity’ also included or was stimulated by the quest for and presence of a sacred space, god, or spirit…this wonderful experience of interconnectedness between initiates ‘communitas’” (109- 110). Other examples of Liminality can be the kind of bond formed by military platoons, sport’s teams, and missionary communities. He breaks down the differences between community and communitas, community is inward focused whereas communitas is about social togetherness outside of society. He continues, community is focused on encouraging one another whereas communitas focuses on the task at hand, community is a safe place whereas communitas pushes society forward, and finally community is something to be built whereas communitas is experienced through liminality. He points out that practically speaking churches will begin to sense liminality as they engage in mission trips together and church planting. These must be missions that are tough to undertake and demanding, but bring the community together around a radical sense of mission. Unfortunately, Christendom Christianity values safety over mission and liminality, especially with our teenagers. He concludes the chapter by indicating that many churches have it backwards, thinking they have to get their stuff straight before they get on Mission, and instead they need to get on mission to get stuff in order. I think the importance of Liminality for our people is that it should move us from non-missional to missional and from community to communitas. That will help us form a radical bond and a radical sense of mission that will energize our churches and as we engage in these tough liminal mission endeavors it will break us from our nominal, Christendom Christianity.

In chapter 6, entitled “Fashioning Collectives of Exiles,” he tells of an African Native who church plants. He reports that this man simply shares the gospel with many people until he has a group of fresh believers and then turns them into a church. He says movements like this are “popping” up all over the world and he labels this group “neo-apostolics.” He says these groups are spreading rapidly in places like Africa and China, and they are doing so without seminaries, books, and conferences. Although, again he never really points out what these churches look like (will say more about the neo-apostolics in the “Frustrations” Section below)

In the next few chapters, Frost challenges believers to be generous, practice hospitality, and work righteously. The next section calls for mercy ministry action. He calls for believers to critique and work to stop injustice around the world, he calls for believers to practice creation care, and finally to protect the oppressed. The final section critiques the passivity of our times of worship and the nature of our songs in worship. Finally, he criticizes our view of God and Christ. He rightly asserts that too much of our worship focuses on our reactions to God or how God makes us feel, rather than focusing on the nature and attributes of God. In addition, he deconstructs the idea of treating Christ as our boyfriend. He says that only when we see the relationship as committed like a strong marriage rather than an infatuation will we be able to be the insurgents to within the host culture we need to be.

There is much more to the book, I have only interacted with some of the highlights. It is worth the read and should challenge you as you think about how we will “be” the church in an increasingly post-Christian age.