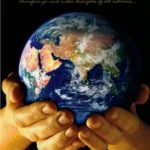 Baptist21 is excited about putting on a GCR panel discussion during a Wednesday Chapel hour at Southeastern Baptist Theological Seminary. This is a critical time in the life of our convention. The GCR Task Force preliminary report is causing much buzz, and this will only increase as we move closer to Orlando in June. This panel will seek to address the issues being raised so that there is great clarity when the final report and recommendations are given at the annual meeting.

–          What: A panel discussion about the Great Commission Resurgence and the Task Force Report.

Most likely the event will be live-streamed on the internet. This will allow those unable to attend in person to watch what is happening. This will also allow you to participate in the panel Q & A. The Task Force has openly asked for the questions, concerns, suggestions, etc. of Southern Baptists. This panel will give Southern Baptists an opportunity to present these to Task Force members. In a future blog we will give an opportunity for Southern Baptists to submit questions for the panel members to answer during the panel. We also hope to give opportunity for questions to be text messaged in during the panel. Stay tuned and make every effort to be at the panel if you can!