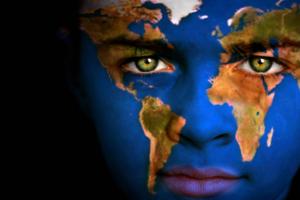 The GCR and the Need for Clarity

Reeves is certainly right, GCR discussions are quite muddy. And there doesn’t seem to be any signs that things will change. So, where do we go from here? This answer, of course, is complicated. But, to throw in our two cents, we’ll offer one suggestion.

We think that the conversation will only advance with clarity. That is, we think the conversation will only advance in a way that is pleasing to Christ when all of the pertinent facts are communicated about the issue.  Nobody will fight against a Great Commission Resurgence (not many, at least). Come on, we’re all about the Great Commission. In the same way, nobody will fight against reaching the state of Kentucky for Christ. Yet, there will be great disagreement about the precise way there will be a Great Commission Resurgence and how Southern Baptists will reach the state of Kentucky for Christ. Right?

If we had to vote for or against keeping the same percentage of every dollar in the state of Kentucky as before based solely on the information provided by Reeves’ articles, we would probably vote in favor of it. But, if we heard about the great need in Kentucky while also hearing about the even greater need around the globe, we would undoubtedly vote to send a greater percentage of our money towards this greater need. Make sense? If Southern Baptists do not have clarity when they’re talking about this issue, then it will not be Southern Baptists who are deciding whether or not to vote for a Great Commission initiative. Instead, it will be those that are delivering the “facts” that will be deciding the issues, since they only report the “facts” that support their cause.

Let us be up front. We think that if Southern Baptists are given the opportunity to view all of the relevant facts, they will support giving a greater percentage of their CP dollars for international missions. We think Southern Baptists will struggle to find words to describe the greatness of the need around the unreached globe when they see all the numbers. It seems to us that when many hear that 93 cents of every dollar stays in the local church they will realize that this only highlights the fact that too much money is staying in the state, since the current allocation of CP funds would mean that around 97 or 98 cents out of every dollar stays in state. In light of all of this, we wonder whether people will think that giving more money to the CP is the best answer since only a small percentage will actually make it to the unreached peoples languishing without a Savior.

Whatever you think about all of this, the key point we’re trying to make is this. In order for the GCR discussion to move forward we all need to put the facts on the table, even the ones that might hurt our arguments. We need to be able to say to those who disagree with us that we think that higher percentages of our CP money should go to reaching the hundreds of millions of people around the globe who have little or no Christians, let alone churches or denominational structures, and less should stay here. Or, we need to be able to say that we understand that there will be a lower percentage of the dollars given going to the nations, but we need the money to support the efforts of the denominational leadership and thousands of churches to reach the millions of Kentuckians. That is, there needs to be Southern Baptists who say we know that there are billions of lost people outside of the states, many of whom do not have a single Christian in their midst, but we think that most of our CP dollars still need to stay in our state. When Southern Baptists have discussions like this, we think the Great Commission will actually be helped.

The Great Commission Resurgence is important. What comes of it is important. How we discuss the various options along the way is important. At Baptist21, we are very concerned and excited about the discussions we’re all having. We’re haunted by the unbelievably large amounts of lost people around the world, with little or no access to the gospel. We know that many others, on all sides of the GCR, are haunted by this as well. But when it comes to the GCR, like Reeves said, things remain a bit muddy.