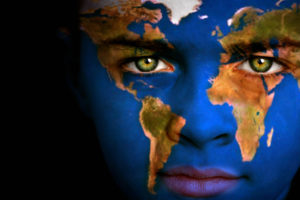 Portrait of a boy with the map of the world painted on his face.

There was incredible excitement in Louisville when 95% of SBC messengers at the 2009 Annual Meeting supported a motion for President Johnny Hunt to appoint a Great Commission Resurgence Task Force to study our convention structures and come back with recommendations on how we can better cooperate to fulfill the Great Commission. For the first time in a long time there was hopefulness for many in our convention. It was a hopefulness that we would become a more Great Commission-minded convention. So, the Task Force set to its work, and thousands agreed to pray for them. Then, their report came out February 22nd. The reaction has been wide-ranging and diverse. Some think this will mean a bright new day of Great Commission activity in the SBC. Others apocalyptically forecast the destruction of mission activity in the SBC. How could we all agree then that changes needed to be made and have some come out on opposite ends of the spectrum when the recommendations were made?

I think one reason is found in a recent BP news article where the Evangelism Director in the Alabama state convention says the GCRTF recommendations will devastate Alabama missions. The article laments the ending of the cooperative agreements because he says many ministries will have to be reduced or abandoned if the recommendations pass, which also means some ministers will lose their jobs. These include deaf ministries, Hispanic ministries, a resort missionary, Asian ministries, a black church planting strategist, hospital chaplain, and many others. The reaction to this article has been varied in state papers, the blogosphere and the “Twitterverse.” One example is the varied reaction of Norm Jameson, the editor of the Biblical Recorder. He said in the comments section of one of his recent articles that comments  about the GCRTF recommendations devastating Alabama Baptists are “silly.” But, he does believe the recommendations will bring significant change. He says that “the effect of the financial adjustments to maintain those positions – or the loss of those positions – should not be underestimated.” Others are reacting by saying that the recommendations don’t go nearly far enough considering half the world lives with little or no access to the Gospel.

So, the recommendations frustrate some people because it seems like if they are passed then many good ministries will be cut and some good people might lose their jobs. This is lamentable for sure. I really do sympathize with their frustration. I really do wish there was an option to keep on doing what we are doing now as a convention while simultaneously getting more resources to the places of greatest need in our country, and especially the nations. That would be great! The problem is that it just doesn’t seem like that is a viable option. In almost all of the reactions to the GCRTF recommendations, almost without exception, the one thing everyone agrees on is that we do “need” a GCR. However, it seems that I keep reading that everyone is for a GCR and many more resources going to the places of greatest need in our country and the nations but only as long as our other ministries don’t get touched in the process. The most important question that needs to be asked though is, “what if that is not an option?” What if in order to reach millions with no access to the Gospel we have to strategically assess what we are doing and make hard decisions? What if that means we have to cut some “good” ministries for the “best,” most strategic ministries?

I certainly don’t have all of the answers, and definitely wouldn’t want to be the one in charge of thumbs up or down to certain ministries. But, it does seem that if a GCR is going to become a reality that there are some things we are currently doing that are really good things that wonderful men and women have poured decades of faithful service into that we need to think through creatively how to do them differently. One example could be resort ministry. My uncle was a pastor of a local church in a resort town. His church had ongoing ministries at the ski resort in their town and had a “cowboy church.” These ministries were all local church based and without CP dollars. If we can figure out some creative ways to do things like that then we can unleash greater resources to the underserved cities of our nation and the completely unengaged peoples of the world. That’s what the GCR is after, and that is what I hope all Southern Baptists are after. BUT, if we are going to get there, it means some difficult decisions will have to be made.

Everyone can agree that changes need to be made, but no one likes changes that affect them. I don’t mean to be unfair or imply that if you aren’t fully supportive of the GCRTF recommendations then you are against the Great Commission or not able to make difficult decisions for change. My point is that if we are going to reach places we are currently not reaching then difficult decisions between “good” ministries and the “best” ministries will have to be made. I think the vision of the GCRTF is the first step in the right direction toward a Great Commission Resurgence. My prayer is that we see the bold vision cast by the GCRTF and we make creative, sacrificial and difficult decisions to get there.

Addendum: One might object to this argument and say, “We can continue to do all of the things we are currently doing AND MUCH MORE around the world if people’s hearts got right with the Lord and they gave more to the CP.” Some are saying we don’t have an efficiency problem. They say we have a heart problem. They want to challenge pastors to challenge their people to give more, and they want to challenge pastors to lead their churches to give a higher percentage of their undesignated receipts to the CP. I want to state upfront that I partly agree with this objection. We do need greater financial sacrifice and generosity at the local levels, including me! We do need to give more to the CP if we want greater cooperation in the Great Commission. However, this objection assumes too much and doesn’t ask this key question, “Is the only reason why people/churches aren’t giving more to the CP a heart problem?” Are some decreasing their giving or designating their giving because they don’t think the allocation of the CP reflects global mission as a priority? It seems there are many who would say, “If we change the CP allocations so greater dollars get to the unengaged peoples of the world, then my people will be excited to give more to it, but they won’t sacrificially give to a system that doesn’t seem to prioritize the greatest mission needs in the world.” One recent example of this is Bryant Wright, who will be nominated for President of the SBC in Orlando. He has said that the current allocation, which keeps more dollars in our states than go to international missions, is exactly the reason for his church’s decrease in CP giving.

Is the biggest issue a heart issue or an efficiency issue? I think the answer is both. We need to challenge in both areas if we are to see a GCR. BUT, people can have their hearts in the right place and still not choose to be generous towards a system that doesn’t prioritize the unreached of the world. Let’s change both!