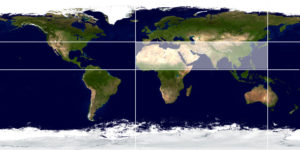 As I have navigated the various responses towards the proposals set forth by the Great Commission Resurgence Task Force, I have observed several unfortunate misconceptions. Chief among these misconceptions is the thought by some that the Task Force and proponents of the GCR are saying that people in India are “more” lost than those that have not trusted Christ in the southeastern United States. I am not quite sure if this misconception has arisen because of lack of clarity from the original Axioms message or the report from the Task Force. I am not sure if the misconception has arisen because some have not read or understood Dr. Akin’s Axiom’s message, or the articles and thoughts of those on the Task Force. And I surely do not want to believe it is an intentional smokescreen to skirt the real issues.

A man outside of Christ in the southeast U.S. absolutely needs the gospel, but there are thousands of Southern Baptist Churches alone, not to mention other strong evangelical churches, in this region. In other parts of the world there are places with far greater populations that don’t even have a church, let alone hundreds of churches in their area. If we are truly to be about the “propagation” of the gospel to the ends of the earth as our SBC forefathers hoped we would be, than many are saying lets make our structures and spending reflect it. There are many that cannot see how spending the majority of our funds in areas that we already have a strong presence as reflecting the idea that we are a Great Commission Convention. This is the heartbeat of the GCR, many may disagree, and that is fine. We can disagree charitably, but lets make sure that we know exactly where the Task Force and the GCR proponents are coming from. The GCR has never been about degree; it has always been about access.

Below is an outstanding sermon from Pastor David Platt about the fate of the unevangelized. This topic is one of the things that compels the GCR TF.

David Platt – What Happens to Those Who Never Hear the Gospel – Romans 15:20-24 from Southeastern Seminary on Vimeo.