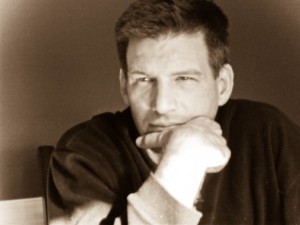 Guest Blogger: Steven A. McKinion is a professor of Theology, Church History, and Hermeneutics at Southeastern Baptist Theological Seminary. In addition, he is the lead pastor of the New Covenant Fellowship Church Plant in Raleigh, NC. Dr. McKinion blogs at www.stevemckinion.com and has guest blogged a series for Baptist 21 in the past. Check out part 1, part 2, and part 3 of “Third Generation Conservatives in the SBC”

As an observer of the discussions related to the SBC Great Commission Resurgence Task Force (GCRTF), I hear regularly that the problem among Southern Baptists is “spiritual” rather than “structural;” that Southern Baptist churches and the SBs who comprise them need revival.  The Task Force, some have contended, ought to concern itself more with “spiritual” rather than “structural” changes, therefore.

Those who support the proposals coming from the GCRTF have responded that the report, at least in its interim iteration, does indeed call Southern Baptists to seek the face of God, to give sacrificially to missions, and to pursue the Great Commission both at home and abroad.  It is, in the words of Danny Akin, “a challenge to Southern Baptists, to pastors, to churches, to associations, to state conventions, and to the agencies of the national convention.”

Both the supporters of the GCRTF and its objectors may in fact be missing the one, most important difference between them.

That difference is not a commitment to the Great Commission, as each group understands it.  No one would expect to find SBs who would reject missionary efforts, or even spending more money on those efforts.  No SB is opposed to cooperation or even the Cooperative Program (CP) as a means to achieve the common objectives of Southern Baptists and their churches.  No one that I have heard believes that our association of churches is spending too much on international or North American missions.

The difference appears to lie in their respective assessments of the current spiritual health of Southern Baptists.  One group is praying for God to send revival to the churches of our Convention.  Another group believes those prayers are already being realized.  In other words, supporters of the GCRTF believe that God is already awakening the hearts of Southern Baptists to the Gospel and the Mission of God it entails.

Like the leaders of the Conservative Resurgence (CR), those leading the push for a GCR are populists, not prophets.  Prophets proclaim a message that is counter-cultural (in this instance the culture of SB churches).  Prophets call the people to change, to repent, to pursue a different path.  Prophets are called by God to reprove and to correct the people.  Populists, on the other hand, proclaim a message that the people have already embraced.  Generally, we can think of populists as those who rage against the machine (in this case, the bureaucracy of the SBC).  Leaders of the CR claimed that the churches of the convention were conservative, but the agencies of the convention were not; the agencies needed to change, not the churches.  It was argued that the collective voice of the conservative churches, which represented the majority of SB churches, were being sidelined and ignored.  These populist leaders were part of a grassroots movement to impress the will of the churches on their agencies.

GCR leaders should be seen in much the same way.  They contend that God is already moving among Southern Baptists in a way that has motivated them to a deep and abiding concern for the Great Commission.  This spiritual awakening has prompted SBs to reassess their own individual lives, their church ministries, and the priorities of the agencies they support through the CP.  Their assessment led them to personal repentance and corporate repentance.  They have reordered how they “do church,” to be more single-mindedly focused on the Gospel of Jesus Christ and the proclamation of repentance and the forgiveness of sin to the nations (Luke 24:46-49).  Rather than massive, expensive building programs creating huge edifices, they have redirected their funds to missions both in their own cities and around the world.

But they have also looked and found, in their opinion, their association of churches to be lacking as well.  After being awakened to the Gospel, they have changed their personal priorities and have led their churches to change their priorities as well, to focus more directly and solely on the Gospel.  To continue to give funds through a mechanism that operates contrary to their Great Commission priorities would be hypocritical.  The facts are obvious, an obnoxious percentage of a church’s CP dollars remain in the southeastern part of the United States, where 2/3s of SB already live on mission.  “Why do we need to keep so much here?” they wonder.

GCR-type SBs see little need for yet another conference on how to grow your church through Sunday School (or Bible study formerly known as SS).  Why are CP dollars, they wonder, supporting local staff who consult with churches when networking is a much more relational, natural, and, it is argued, effective way to brainstorm, inform, and transform.  If these SBs are already building organic networks with other SB churches that help them do the work of the Gospel better, then why give sacrificially to programs and initiatives that have outgrown their usefulness.  Becoming Gospel-driven in their churches has led them to be Gospel-driven in their cooperation.

A movement is afoot among the churches of the convention.  Christians have become consumed by the Gospel and are therefore consumed with the Mission of the Gospel to the nations.  They will no longer support denominational efforts that do not reflect that priority, just as conservative SBs refused to continue to support a denominational bureaucracy that was inconsistent with their view of the Bible.

The GCR is a response to the demands of Great Commission Southern Baptists whose hearts have been awakened to the Gospel, in precisely the same way that the CR was a response to the demands of conservative Southern Baptists whose hearts had been awakened to the inerrancy of Scripture.  The GCR is the outcome that those in the CR prayed for.  Return to the Bible, they claimed, and Great Commission ministry would follow.  Their predictions have come to pass and their prayers have been answered.  And now, just as the structure of the convention required transformation because the churches of the convention were already conservative, so too does the convention now require change because the churches have already become spiritually awakened.  The spiritual transformation has already occurred, and the structural transformation must now follow.