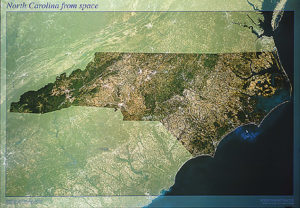 B21 would like to make our readers (especially NC readers) aware of an event to be held at this year’s North Carolina Baptist Convention. This event will take place immediately after the Pastor’s Conference ends and B21’s Nathan Akin will take part in it. (You will want to be a part of the Pastor’s Conference as well, it features Johnny Hunt, Danny Akin, Al Gilbert, Kevin Ezell, and many more – check out the schedule here)

What: The title of the event is Engaged: Embracing Christ Through Missional Discipleship. The format will be a round-table discussion on Missonal-Discipleship.

Rick is also the organizer of this event and here is what he has to say about it:

The Engaged roundtable is really about having a discussion from people who are practitioners of doing missional discipleship. People that would be interested in attending would be the pastors who have a great deal of interest in discipling from a missional community; but also pastors who are involved in churches that in the past have been doing just simply program discipleship and are realizing that that is not really making disciples, (and) that they are not really carrying out the Great Commission

B21 would like to urge our readers to attend state conventions and make your voice heard. Many of these conventions are putting together events, like this one, that will foster networking.  This should be an incentive to go and connect with guys going through similar stages of life and ministry, but also go and be a part of the process of helping us partner together for the propagation of the gospel, especially to the areas of greatest need.