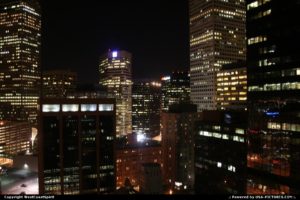 Before I begin this post I’d like to continue the habit of recommending a few resources that are related to church planting:

Aaron Coe, The Role of the Sending Church in Church Planting

Aaron Coe, Assessment of Church Planters Makes all the Difference

After working through the call to church plant, the question naturally arises: where am I supposed to go?

The question I get most often is “Why plant in Denver?” As we worked through the call to a location, we didn’t know where to start. Anywhere on the map was fair game. In the end, we decided on Denver for three major reasons: Need, Influence, and Community. The first two are self-explanatory, but the third is a less-discussed component of calling.

My wife and I wanted to think long term about where we would plant, taking the advice of Tim Keller that the best way to reach the cities is to have Christians plant their lives there for multiple generations. Therefore, we were asking practical questions such as: “what does it look to do life here?,” “what does it look like to raise children here?,” and “how well do I naturally fit into the already-established culture?” I don’t mean to overemphasize this to the point that if you don’t immediately gush at the thought of your grandkids playing in the city’s parks then you need to look elsewhere, but I do think it’s important to actually like where you live. My guess is your effectiveness is limited when you view the city as some dark, horrible, crowded place that you would avoid unless God had “called” you to it.

Below is an elaboration of our own calling to the city of Denver. This was written and reserached by another member of our team, Andy Metzger.

When answering the question, “Why Denver?” we like to focus on three categories: need, influence, and community.

Over the past 10 years, cities across our country have continued to experience a significant return—a return of people. Urban environments are being revitalized, residential life is booming, and all generations have shown interest in being a part of this movement. Young professionals, empty nesters, and retirees alike are migrating toward urban centers, and we can’t afford to ignore this.

Denver is no different:

After decades of decline (~1970–1990), the population of the Denver Metro Area has steadily grown to reach a record high of 2.8 million residents.

So as Denver continues to grow—as people continue to come—we believe the need for gospel-centered churches rises tremendously. Because the number of churches being planted has not paralleled the growing population, there are millions of Denver residents that have not heard and been transformed by the gospel of Jesus Christ.

Fundamentally, we see a tremendous need for more gospel-centered churches in Denver because there are so many people who do not know Jesus as Savior.

Cities like Denver, however, are not merely homes to millions—they are centers of influence for the world. These urban centers continue to be the primary location where culture develops. Economics, commerce, arts, politics, philosophy, and technology are fundamentally shaped in the city and then flow into all other sectors of the world.

We look at Denver as a strategic city—one that influences culture and shapes the lives of millions of people. It is an energetic and welcoming metropolitan area—one of the most important cities of the Mountain West region—and serves as a gateway to West Coast life. Denver also boasts these amazing qualities:

12 four-year public and private colleges and universities with enrollments totaling more than 140,700

The latest U.S. census shows that over 70 nationalities and languages are represented in Denver

The third primary reason we look to Denver as a strategic city is because of its amazing culture that we know we could quickly grow to love. Recognized by the Pew Research Center in 2008 as the “Best City to Call Home,” Denver has long been revered as the perfect place to live, learn, work and play. Mixing an urban sophistication, educated population, and dynamic culture with an adventurous outdoors, sunny climate, and affordable living provides just a glimpse of why Denver attracts individuals and families from all over the globe.

Ultimately, we desire to love the place where we live and its people. Denver has the progressive culture of a west coast town, tremendous diversity, natural beauty, and a hint of Midwestern hospitality that we can thrive in. We are excited about calling Denver home, raising families in Denver, building community in Denver, and restoring true joy and hope to Denver through the gospel of Jesus Christ.