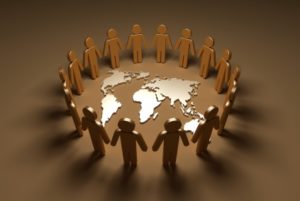 Part One of “Specificity: A Recipe for GCR or Destruction?”

Is it important to reach the state of Alabama with Jesus? Of course! Folks in Alabama need Jesus just like folks in New York, Washington, the Sudan, and India. The difference between the folks in Alabama, these other states, and nations around the world has to do with access to the gospel. So, right now there are over 3,200 Southern Baptist churches, not to mention other ministries and denominational efforts, in Alabama trying to reach a total population of 4.6 million people. But in the state of New York there are around 20 million people. How many Southern Baptist churches are reaching them? Only 343 churches! So, in New York, there are almost a tenth of the churches trying to reach almost 5 times as many people! Unfortunately, this is not the exception in the U.S. And these numbers seem like a drop in the ocean when they are compared to the percentage of Southern Baptist churches to population outside of North America. Many of these people groups, whose populations number in the hundreds of millions, do not have any Christian witness in their midst at all. Truth be told, the majority of our money continues to focus on the most reached and most served areas of America.

In light of this, it is important that we learn how to say no to some “good” things in order to say yes more often to the neediest things. This means, it would seem, it is “best” to send the majority, or at least a great deal, of money and resources to the unreached and undeserved areas, which would mean that many “good” ministry options would have to be addressed in other ways.  Surely, this is something that all Southern Baptists can agree on.

If we do, then we will have to be able to say that there are some ministries that should not be approached in the same manner in terms of funding and responsibility in order that other ministries in more desolate places can be created. This kind of thinking will take wisdom and significant courage.

Third, we have to be careful with our language and how we frame the debate. There is no doubt that these are serious and sensitive issues that Southern Baptists are discussing. Many Southern Baptists remain confused about the key issues involved in the debate, having read perhaps one or two articles about it (if they’ve even heard about it at all!). This is why it is critical that the debate is framed properly and language is measured.

There is no doubt that the changes necessary for a genuine GCR will be difficult. Significant change always is. But we have to see that the alternative is worse. Floyd quoted someone as saying, “We can either die a painful death or live a painful change.” He is right. I say we go with the painful change. It will be difficult, but it will not ultimately be devastating.

Thus, the necessary difficulties of significant change should not be added to by unnecessary language. Surely it’s an overstatement to say that the GCR recommendations will “devastate” ministry efforts in any state in the Southeast region of America. If Alabama Baptists cannot make changes without seeing ministerial “devastation,” then who can? After all, there are far more Southern Baptist churches and ministries in Alabama, for instance, than there are in states outside of the Southeast region of America and, without a doubt, amongst the hundreds of millions of unreached peoples around the world. What words do we have left to describe these other situations?

Fourth, we have to understand the nature and role of the church. Southern Baptists have been given a great denominational stewardship. This, of course, is what a lot of the GCR discussion is about. But we need to realize that Jesus did not die for a denomination. He died for the church. The church existed before the SBC and it will exist long after the SBC is gone.

So, will a GCR change the way certain denominational structures do ministry? I hope so. Does this mean that those current ministries will no longer exist? Not necessarily. Perhaps the church of God depending on the Spirit of God can rise to the occasion for the glory of God and meet those ministry needs themselves? I can’t see how this wouldn’t be possible and preferable from a biblical vantage point. Denominational structures are not the church’s life support, they are its helpers.

Southern Baptists have to get specific about the GCR. We must continue to talk about the need of the Spirit to move afresh amongst us. But we must remember that God’s Spirit never moves powerfully in the abstract. When the Spirit moves, he transforms specific characteristics, habits, thoughts, strategies, agreements, and more.

Discussions about these specifics must not only reveal the Spirit’s direction, they must evidence the Spirit’s fruit. There will be disagreements. But we must disagree without being disagreeable. We must exercise patience, love, joy, kindness, self-control, peace, and goodness. A GCR that lacks the Spirit’s fruit is no GCR at all.

But, as opposing sides voice their opinions, let’s remember that one of the most compelling cases for a GCR will not be heard. Those that would make this case do not yet have a voice. These people lack voices because they don’t know the Savior. They don’t know the Savior, in part, because those who do know the Savior haven’t made the necessary changes to deliver the message to them. So they wait, with stone hearts, blind eyes, and deaf ears. They wait for Southern Baptists to get specific about a Great Commission Resurgence. It’s time for specificity.