As the Unashamed Tour finishes up in Raleigh (more info about that at the bottom), I have been reflecting on the evolution of Christian Hip-Hop. When I was growing up, Christian Hip-Hop was to put it kindly, not the best. I couldn’t decide in the previous sentence whether to put quotations around the word “Christian” or around the words “Hip-Hop” or both. It seemed that the music genre that would have been characterized as Christian Hip-Hop as I was coming of age was most of the time neither Christian in its lyrics/message, nor was it Hip-Hop in its craft. The lyrics were usually very watered down and contained no substantive theology. The craft was even worse, as it was usually a cheap knock-off of better musical genius seen in the Hip Hop “Secular” World. 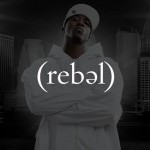 That is why this new era of Christian Hip-Hop is so remarkable. I don’t feel the need to put quotations around any of the words. The content is rich, God Glorifying, Christ Honoring, Scripture-Saturated, Theologically Driven, and Gospel-Centered. There are not enough good things to say about the lyrics (more on that later). In addition to superior content from the past generation, the craft is superior as well. Pastor Jerome Gay, of Vision Church, says of the lyrics, “it is a beautiful display of redemptive lyricism.” The talent and musical ability of this new wave of Hip-Hop is a joy to observe. I wrote a piece several months ago where I examined trends in the Evangelical World that seem to display that God is at work and a possible movement is coming (in that article entitled “A Look at a Model GCR Church,” I say clearly that I am not a pneumatologist, if that even is a word, but these are mere observations). I argue that there seems to be a movement that encompasses these major criteria: obsession for the glory of God in all things, gospel-centeredness, Local Church Primacy, and Missional living. This new generation of Hip-Hop artists in the Christian world seems to be right at the forefront of this movement. I am willing to bet that every major movement of God in history had musicians writing songs that were rich in teaching theology that accompanied the movement. I would not say it is only Hip-Hop that seems to be taking on these characteristics, but this is a major music stream that is pushing these types of conversations about Gospel-Centrality and the other characteristics mentioned above. So, if you are not familiar with these artists get familiar with them (I will look at some of them below with some samples of their work).

Several Reasons to Become Familiar with these Artists

–       They rap the Gospel – in this genre there are clear expressions of the gospel that will encourage and edify the believer, but also provide an evangelistic means for the non-believer

–       They teach rich theology – in these songs you will hear concepts such as the hypostatic union, expiation, and substitution just to name a few. In fact, many of my friends are using these songs in catechistic way for their children because the beats make the words so easy to remember and again the content is so rich. One example is a song on Shai Linne’s CD “The Atonement” where Stephen the Levite asks questions about important theological topics and Shai Linne raps the answers. Check it out

–       They are talented – the music is very well done and has a way of sticking with you, making a great means for preaching the gospel to oneself and being edified through musical means.

A Few Songs by these Artists to Check Out:

This is not an exhaustive list, merely a sampling

Tedashii – “I Work” and “Make War” – Purchase his music here

Flame – “Goodness” – Also, check out an interview that Baptist21 conducted with Flame

Stephen the Levite – “Church Membership” – Purchase the entire album about the Church entitled “The Church: Called and Collected”

Shai Linne – “Through My Eyes” – Purchase his music here

What: Unashamed Tour – The Movement

Tickets: If you use the promotional code “baptist21” you will receive a $5 discount for a ticket price of $10 – REGISTER HERE