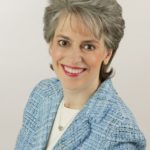 The last session of the conference was a culmination of excitement over the Truth about womanhood being taught this weekend.  Some women were hearing these truths for the first time, while other weary saints were being refreshed in the battle.  Following a casual panel discussion of six women, Nancy Leigh DeMoss addressed the ladies one last time.

She began by declaring that Revive Our Hearts is not just about one True Women event, but about believing God for revival and a quiet, counter-cultural movement of true women who go into the world and live out God’s design for womanhood.

DeMoss then taught from Judges 4 and 5, giving the account of Deborah, a woman who fulfilled her God-given mission.  She was not a weak or wimpy woman, but one who exerted strong, godly influence in a way that was distinctly feminine.  Most notedly, she encouraged men to fulfill their God-given roles.

She explained that Judges 4:1-3 sets the stage for her story.  These verses describe a cycle of Israel that is repeated at least seven times throughout the book of Judges.  She used four words to describe this cycle:  Disobedience, Discipline, Desperation, and Deliverance.

Once “again” in this passage, God’s covenant people abandoned Him, marking a period of spiritual apostasy, backsliding, and decline.  As a result, God brought his divine discipline by giving His people over into captivity. DeMoss explained that this often takes place in our lives, homes, and churches.  One of the marks of His discipline during the time of the judges was the lack of strong male leadership. She compared this to our day, stating that God has given us over to this in many respects because we, as women, have taken the reigns of control.

She pointed out that it took the Israelites 20 years to reach the point of desperation, coming to the end of themselves and crying out to the Lord in humility.  She then posed the question, “How long will it take in our nation, your home, your heart?’ However, when we do cry out to God, He brings deliverance.  In Israel’s case, He used Deborah, a wife and judge, to encourage male leadership that would lead Israel into victorious battle.

Several characteristics are important about Deborah.  She did not neglect her home in her ministry of God’s Word.  In addition, there is no evidence that Deborah sought to be a self-appointed leader.  Instead, God raised her up and she used her influence to promote, encourage, and cultivate male leadership.  She was not driven by a desire for power, control, position, or recognition.  This is seen in her encouragement to Barak in Judges 4:14 when she asked, “Does not the Lord go out before you?” DeMoss pointed out that she could have demeaned or emasculated him, but she chose to encourage him to trust in the promises of God, instead.

DeMoss also said it is important to note that God’s normal pattern is to use men as the primary providers, protectors, and leaders for His people. The same is true for our day.  Biblical womanhood is at the heart of influencing a return to this model.  In fact, Pastor John Piper has said that the “heart of mature femininity is a freeing inclination to affirm, receive, and nurture leadership in worthy men.”

There is a vicious battle going on in our day over God’s design for manhood and womanhood.  God has brought up Nancy Leigh DeMoss and many others to champion God’s Word on this topic.  In addition, he is moving in the hearts of women across the world for such a time as this. DeMoss stated that He will move heaven and earth, if necessary, to defend His people and glorify His Name.  Yet, as she reminded us, the battle comes before the rest that victory brings.

By God’s grace, our resolve is that of the hymn-writer who wrote, “Though this world with devils filled should threaten to undo us, we will not fear, for God has willed His truth to triumph through us!”  May God be pleased to triumph his Truth through these 6,000+ women by our glad embrace of biblical femininity.  We know the Word of God to be true in this battle, “Not by might, nor by power, but by my Spirit, says the Lord of hosts” (Zech. 4:6).