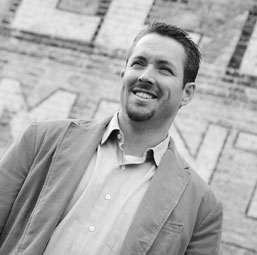 Baptist21 posts the following guest blog with the permission of its author, Pastor J.D. Greear. J.D. is the Lead Pastor of the Summit Church in Raleigh-Durham, NC and is a member of the Great Commission Resurgence Task Force.

I want to address those of you who, like me, have a Baptist past but have often found yourself wondering, regarding the Southern Baptist Convention, “What is the point? Aren’t denominations a thing of the past?” I want to try and persuade you that this movement, the Great Commission Resurgence, is something of God, is valuable for the Kingdom, and worth the investment of your time. I do so simply as a pastor of a young Southern Baptist church, not as an official spokesperson of the Great Commission Resurgence Task Force. What I share are my own thoughts, not those of the entire task force.

I have chosen, and our church has chosen, to remain an active part of the SBC. I have served on the Great Commission Task Force (GCRTF) for the past year, working at the request of the President to dream about strategies for greater missional effectiveness for our Convention. For me, this has had, and has, nothing to do with saving a Convention. God may or may not choose to use and preserve the SBC in the future. The SBC is merely a tool that God has used to assist His churches in accomplishing the Great Commission. The “tool” for the task is not the point, the task itself is, and if the tool ever gets in the way of the task, we should discard the tool and pursue the task. But I believe that there are some things about the SBC that are very strategic in this day and hour for the forward progress of the Great Commission, and I believe that it would be both unhelpful and unwise to walk away from it yet. So all this, for me, is about the Great Commission, and us together getting it accomplished in the world.

The Southern Baptist Convention is a denomination unlike any other denomination, in that it is not really a “denomination,” at least classically defined. The SBC is, and has always been, simply a network of churches who voluntarily come together for the purpose of a common mission. We believe there are things churches can accomplish better together than they can alone. The Baptist Faith & Message 2000 serves as the doctrinal parameters for determining those like-minded enough to be a part of that network. Over time, the SBC has developed a number of initiatives and agencies that greatly assist local churches in accomplishing their purposes. Some of these agencies work better than others, but through the SBC local churches are better able to plant churches overseas, domestically, and train pastors for ministry than they could have alone.

I am a personal beneficiary of the cooperative efforts of Southern Baptists. First, I received a world-class theological education at the Southeastern Baptist Theological Seminary and graduated with 2 post-graduate degrees, with no debt (almost unheard of!). That was because my tuition was heavily subsidized by the Cooperative Program. Second, I served as an overseas church planter, and did not have to spend several years raising support in order to respond to get to the field. I was vetted, trained, supported, and put on the field in a relatively quick amount of time because of the Cooperative Program of Southern Baptists. If you’ve ever served overseas, you know that this is the envy of missionaries all over the world, and something we should not take for granted. Third, our church, the Summit Church, currently has 65 of its members serving through the IMB on a church planting project overseas. I do not know the exact cost to our church that supporting those 65 would be, but I know it would be in the millions, and we as a church could not do it alone. Through the Cooperative Program we are able to have more of our members on the field, and with better training, support and teamwork, than we could alone.

All this to say, I am grateful for our Convention and know that our participation in it has exponentially increased our missional capacity.

Here is why I am excited about the recommendations of the Task Force, and why this is a strategic moment you should consider being a part of.

1.     The recommendations of the task force direct more SBC money to the nations. This is the bottom line. More of the money we give to missions needs to go the part of the world with the least access to the Gospel. With over 6500 unreached people groups in the world, and 1.6 billion people who have no access to the Gospel, it just does not make sense for us to retain most of our missions money to the Southeastern part of the United States. I hasten to say that this is not something for only our Convention to consider; each church, and each individual Southern Baptist, needs to consider how it is allocating their resources in light of global lostness.

Our own church, the Summit Church, has tried to increase its giving to missions every year for the last several years. This has often been an arduous and trying process, but I know it is what we need to be doing. Our decision to allocate increasingly large portions of our budget to church planting has affected the kinds of buildings we can build, the kinds of programs we offer to our people, and etc. We are certainly committed to reaching our local city, but we don’t believe it honors God to spend undue money on ourselves when so many have never heard the Gospel. We use a phrase around our church: “Live sufficiently; give extravagantly.” We are trying to do this as individuals; we are trying to do this as a church. And we want any missional network we are involved in to do the same thing. The recommendations of the GCRTF are a step toward that end.

“But,” you say, “the recommendations do not go far enough!” … and, unfortunately I agree. But please keep this in mind: Rome is not built in a day; it’s not rebuilt in a day, either. This is the first of many important steps we need to take as a Convention toward greater effectiveness for the nations. You say, “But it still is not enough to warrant the investment of my church’s money.” Well, that leads me to the 2nd reason I am most excited about the recommendation of the GCRTF.

2.     The recommendations of the task force recognize that local churches have the right to follow the leading the Holy Spirit in the investing of their money. The GCRTF is recommending that all giving to Southern Baptist causes be recognized as “Great Commission Giving.” Southern Baptist churches may choose to invest not only in the Cooperative Program (which covers the entirety of our work) but also special projects and initiatives that the Holy Spirit lays upon their hearts. Southern Baptist churches have done this for years, and by recognizing it we are simply acknowledging that the local church has the right to determine how to invest her money.

One of the things I love most about being a Southern Baptist is that our Convention recognizes it is the local church that is primary in God’s kingdom. Jesus gave the Great Commission to the church, not to a denomination… and while we as local churches can network together for greater missional effectiveness, we can never surrender those responsibilities God has given to us to any board or agency. That means that as a Southern Baptist, you are free to participate to the extent and in the ways you and your local congregation deem best for the furtherance of the Great Commission that God has given to you. There is no compulsion; there is only voluntary cooperation. As you sense, as I have, that cooperation with other Southern Baptists enables you to reach higher and farther than you ever could have alone, you can enthusiastically invest your resources with us.

So, to my younger Southern Baptist friends, this is why you need to come to Orlando. You need to affirm this movement in our Convention toward the priority of church planting and the centrality of the local church. This is an historic hour.

My heart is full of confidence. God did something 20 years ago in the Southern Baptist Convention that was almost unheard of and has no counterpart in American religious history: He brought us back from the swamp of liberalism. The conservative resurgence was, in every way, a move of God. I cannot believe that He did that just to let us die in the wilderness of missional ineffectiveness. What God starts, He is always willing to finish. The naysayers have already prophesied the doom of our Convention—just like they did in Nehemiah’s day, in Jesus’ day, and in the early church. But they were wrong then, and they are wrong now.

But we need your help. Do not commit the sin of Meroz, whose tribe was cursed because he did not come “to the help of the Lord” when the battle was being fought (Judges 5:23). I’d urge you not to be caught on the sidelines in this strategic hour of battle.

Please, let’s be together in this movement in Orlando.

So there it is… To our church planting teams in Central Asia, Southeast Asia, and South Africa… this is for you guys. We’re expecting great things from God, and attempting great things for Him. Believe together with us, OK?