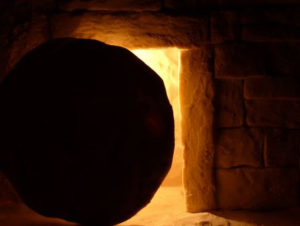 Around this time of year, there will inevitably appear a string of History Channel-type documentaries that seek to do Americans the favor of explaining why the resurrection of Jesus is not only a preposterous scientific and historical idea, but also constitutes undoubtedly the greatest religious scam of all time. Sometimes when Christians see these “studies”, our tendency is to wince in embarrassment at all of the “new scientific and/or historical data” which “proves” that Jesus could never have risen from the dead. What we often fail to recognize, though, is that no amount of “new evidence” will ever make the claim of resurrection more incredible than it already is.

It is the epitome of what C.S. Lewis calls “chronological snobbery” to assume that while “primitive” people in the first century might be easily hoodwinked by such a con, enlightened 21st century modernists have progressed to the point of knowing that the dead don’t rise again. Just so you know, this discovery doesn’t exactly qualify as a “new scientific data.” First Century Romans may not have discovered penicillin or split the atom, but one thing they knew quite well was the reality of death, and the related fact that when someone dies they typically don’t ever come back. The claim of resurrection would always have been incredible whether made in the 8,000’s BC or in the 8,000’s AD. Yet for some reason, the Apostles still had the audacity to stand up in the assembly and ask “Why is it thought incredible by any of you that God raises the dead?” (Acts 26:8). Apparently, the Apostles thought their hearers had adequate reason to believe what history records as unbelievable.

I am convinced that if we are going to persuade the watching world in 2010 to believe the truths found in Scripture, we must answer this question: “Why do they find it incredible? Why don’t they believe?” And I submit that the answer to this question is not primarily intellectual. It is no more difficult for unbelievers in 2010 to believe in resurrection than it was for first century unbelievers. They’ve heard our arguments and are still unconvinced. If we are going to reach our communities and our world with the Good News of Jesus’ death, burial, and resurrection, we have to give more than logical arguments, we must also show them what a resurrection looks like.

It’s important that we do our best to provide “evidence that demands a verdict,” because we know such evidence exists. It’s important that we put forth arguments that make logical sense to a scientifically preoccupied culture, because Christians (emphatically) have no reason to shy away from questions or objections to the faith. But what’s more important than all of these things, is that we consistently set before the skeptical world, a picture of the risen Savior in the resurrected lives of those who follow Him (Phil 3:10-11; Rom 6:4). Like the Apostles, we must illustrate our historical-factual arguments by pointing to a living and breathing resurrected body of Christ. One that is not only present at the right hand of the Father (Eph 1:20), but one that also meets together each Sunday devoting themselves to the Apostle’s teachings, fellowship, and the breaking of bread (Acts 2:42).