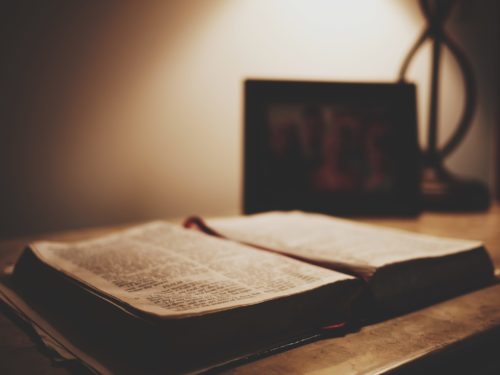 Recently, I was convicted about my lack of scripture memorization. As much as I tried to convince myself that memorizing things is a very difficult task, my constant quoting of Friends episodes and Chris Farley movies from the 90’s contradicted my excuses.

Our church was approaching a sermon series in Galatians, so I decided to attempt to commit the book to memory and meditation before our series began. It was a time-consuming process, but it was also well worth it.

Of course, just like learning anything, there is no magic bullet to scripture memory. Everyone is different and memorizes differently. But, here are some things that I tried which proved helpful. These are not foolproof. Like anything, you will get out of the process what you put into it, but if you attempt these I think they will be useful:

When you are attempting to memorize a longer portion of scripture, or an entire book, one of the keys is to read it over and over again. And, you should read the context – what comes before and after your passage. Reading like this mainly helps you begin to see how the book flows and where your passage fits into it, which aids in memorization. So, if you are trying to memorize a book like Galatians, consider reading massive chunks of it every day in a devotional fashion.

The way that I most often memorize things is by writing them down. That’s how I studied for (and passed) tests in seminary! For whatever reason, if I can write something down three or four times, I can begin to commit it to memory. So, consider getting a notebook and writing your passage over and over again.

There are great Bible apps available. Two of my favorites are YouVersion and Bible.is, which have an audio feature. Make the most of your time in rush hour, or on your nightly walk, or in the shower as you get ready for work. Listen to your passage over and over again…that’s how we memorize songs and movie quotes!

Our entire staff participated in memorizing Galatians. I would assign 2-3 verses a week, and then we would build on another 2-3 the next week until we made it though the entire chapter. At the beginning of staff meeting I would call on one staffer to quote the verses for the week from memory in front of everyone, and after the rest would break up into two’s and say the verses to each other. This communal accountability was challenging (no one wanted to be embarrassed by not being ready when called on) and encouraging (we were all rooting for each other). So, consider getting 2-3 partners involved with you. Not only would that aid in memorization, but it’s a great way for a pastor to mentor some members as well!

Technology can be a great blessing and aid to scripture memory. There are many helpful Bible memory apps out there. My favorite is the Remember Me app which allows you to engage game-type features that help in memorization. Find the app that works best for you! We always seem to have our phones with us. Instead of constantly checking Facebook, why not memorize scripture?!