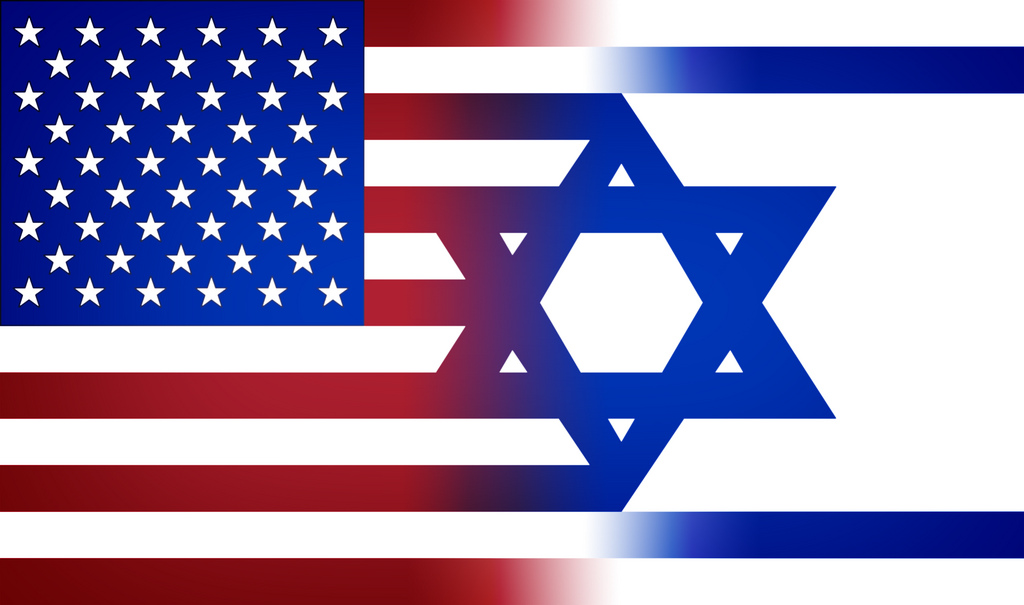 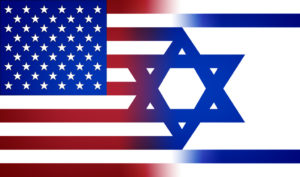 People who care about the Southern Baptist Convention’s mission in the world often attempt to analyze the things that might divide us. While we agree on far more than we disagree, we do differ on some things. But I do not think the great divide in the SBC is between younger and older leaders or between Calvinists and non-Calvinists; I think the great divide is on the issue of how the gospel influences our everyday life and our engagement in the culture.

By speaking to how the gospel affects every part of our lives, I do not mean that I think some in the SBC believe the gospel and others do not. Rather, I am talking about a divide between brothers and sisters in Christ who have all genuinely been born again. I think we basically agree on the gospel and love it as a people.

However, I think there is a strong distinction in how we view the application and influence of the gospel on our everyday lives and on how we engage contemporary culture. For example, some might preach sermons that are mainly life tips for how to get along in the world – that would be similar to many secular self-help books – and then tack on an invitation at the end. Or, as is the case in recent days, some would see every political cycle as another opportunity to put their hope in elections to enact change in the culture.

The Election Cycle and the Great Divide

I think this election cycle reveals the divide more starkly than the normal course of life. How we answer the question, “How does the kingdom of God advance?” discloses which side of the divide we are on.

Now, I do not mean what we say with our lips, because I think every well-intentioned Southern Baptist would say when pressed that the gospel is the only thing that can ultimately change a people or a country. What I mean is our actions and emotions reveal which side of the divide we are on. Does the kingdom of God advance through a prophetic, gospel-witness in the culture that transforms individuals and communities all around the globe? Or, does the kingdom advance and change effected through electing the right people who will make America “great again” as a bastion for Christianity and conservative values? If we are willing to compromise to “win” or get depressed when we “lose,” that might expose our viewpoint.

Is America Israel or Babylon?

Some view America as a sort of New Israel. They see our country as a new promised land that is “one nation under God,” and they believe as one church sign says, “God has blessed America because America blessed God.” And, they are genuinely – and rightly – worried that our country is heading in the wrong direction and something needs to be done to save it. They think if we can elect the right leaders who best reflect biblical values, will pass the right laws, will strengthen the military to protect us, and so on (plus, humble ourselves and pray, cf. 2 Chron 7:14), then maybe God will not remove his hand of blessing from our country.

Others do not view America as a New Israel; rather, they view America as “Babylon the Great.” They believe that we as Christians are exiles in a foreign land waiting for a new country that comes later. They seek to genuinely love America and be involved in the political process in the same way the Jewish exiles were called to seek the peace of Babylon, and in the way Daniel genuinely loved the king. But, they do not see political influence as the main way to advance the kingdom. Rather, they think prophetic witness in the culture and advance of the Great Commission among all peoples is the main way to advance the kingdom. They do not think that God has blessed America because America blessed God; they think we should love God because He first loved us.

How can the country change?

This election cycle reveals this divide more plainly because some seem to be willing to compromise on biblical values in order to elect a candidate that they believe will save America from its “death spiral.” Many in the SBC are seemingly backing a candidate – Donald Trump – with a bad track record on life and family values (after all, he owns a strip club) simply to regain – in their minds – power and influence that we are losing in the culture.

Again, the fear is that we are losing our country, and the evidence is vast. Our country has changed the definition of marriage, infringed on people’s ability to practice their faith and follow their conscience, and even indicted those exposing the selling of human body parts rather than the company that has done so. Some think that a strong leader who can right the economy, strengthen our military, protect our borders, and sort of comes close to our views socially can stem the tide. Others think that we are exiles on the margins that will not ultimately change the country through political influence but rather gospel witness to all political parties and peoples. That is the divide.

Every now and again a glaring example comes along that shows this divide. A pastor recently wrote into the Alabama Baptist state paper how disappointed he was in the way some SBC leaders viewed the Syrian refugee crisis 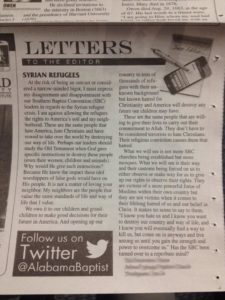 , which I know is a complex issue that requires kind discussion on all sides. But this pastor cites the OT as justification for wanting to kill the refuges, including “their women, children and animals.” He then argues that it is not a matter of loving your neighbor because he defines his neighbors as “the people that value the same standards of life and way of life that I value.” If only Jesus had taken time to answer the question, “Who is my neighbor?” then perhaps this pastor might not have gotten so far off course (by the way, Jesus did define neighbor in the parable of the Good Samaritan, Luke 10:25-37). Unfortunately, the pastor doesn’t realize he is explicitly arguing the Pharisee’s position not Christ’s. What does this stem from? It stems from a genuine fear and concern to save America for the sake of his grandkids. I am sure this pastor believes himself to be gospel-centered, but his view of America prevents him from seeing that Jesus called us to love our neighbors – who are very different from us – and engage them with the life-changing gospel.

Who will we be as a convention? I learned the hard way that political parties can use pro-life and pro-family values as a means to gain influence in the culture, but now sadly I am starting to learn that some in the SBC are pro-life and pro-family, unless we think there’s a more electable candidate that comes along and promises to give us the influence in the culture that we crave.

I remember sitting in an eschatology class with Dr. Moore when he came to the verse in Matthew 24 that says it might be possible for false christs to deceive the elect. Our class asked how can that be so. Dr. Moore said that if the Antichrist appeared on Fox News as a conservative, then that might be enough to fool a lot of Christians. I am a Republican, and I am unashamedly a conservative, but I hope I can genuinely say that I am a gospel-centered Christian first. I pray that we as a convention of churches will not trade in our gospel birthright for a bowl of political stew.

As Southern Baptist Americans we need to answer the questions, “Are we Israel, or are we Babylon? Will the gospel change our culture or will elections?” Our answers to those questions might just divide us much more than discussions about wearing jeans in the pulpit or how many petals are on your tulip.   -Jon Akin is the Senior Pastor of Fairview Church in Lebanon, TN.