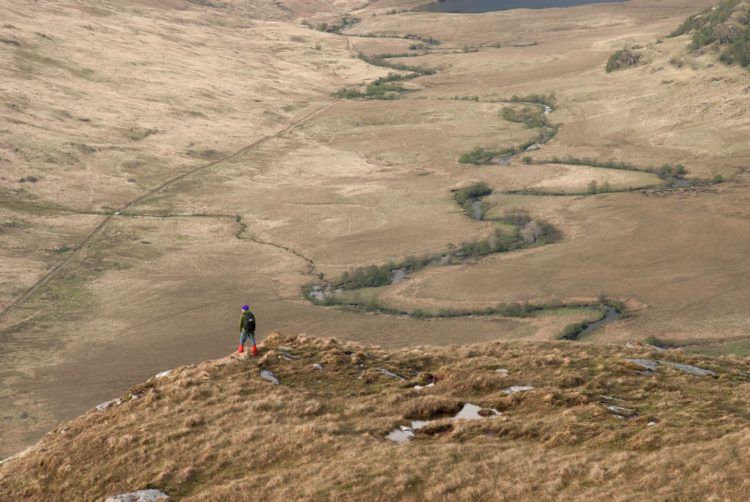 Maybe it’s just me, but this Christmas seems heavy. My own family is still working through the pain of loss, a lot of families in my church are hurting, and every time I turn on the TV I see and feel the pain and suffering in the world.

This pain of life leaves the fundamental question I’ve heard my whole life and even thought myself: “Where is God?”

Been there? Praying through tears, alone at night, calling out to God, “Why won’t you answer? Why do you seem far away?”

It’s not supposed to be like this. Something is wrong. God’s plan from the beginning of time was to have an unbroken, intimate relationship–“to dwell with his people and to be their God.”

To be Immanuel–“God with us”

Christmas is certainly the pinnacle of this story. With Christmas we celebrate the in birth of Jesus Christ that God took on flesh to live with us and to bring us to himself!

But to understand the manger, we must survey the whole story.

To fully appreciate his coming, we must deeply feel the longing

God’s people have for thousands of years been in a position very similar to you and me: feeling like God does not answer; like He is far away

But the Bible’s story is one of our God who is working to be with us, to live with us and to be our God.

This is the story of “Immanuel.” This is our story.

In the beginning God created the heavens and the earth and everything that’s in them (Gen. 1), and at the pinnacle of his creation, he made man “in his image; male and female he created them” (Gen. 1:27). Then God planted a garden and placed the man and woman in it.

In the Garden of Eden we see God’s intended design of creation:

Do you notice the incredibly intimate language used to describe God’s pre-Fall relationship with us:

God was with his people, walking among them, in intimate relationship. This is God’s plan, his design.

But like so many of our stories, this one is fraught with tragedy. Man and woman rebelled against the voice of God. They saw that what they wanted and took it. They didn’t care what God said, they would be their own gods

And because of their rebellion, it threw off the created design:

Adam and Eve were both figuratively and literally separated from God: hid from Him, cast out of the Garden. God placed the cherubim and a flaming sword to guard the way back to Eden (3:24). Eternal life was lost and God no longer dwelt with man

But in the midst of tragedy, God’s plan was in motion

In the middle of curses for sin, God’s promise of salvation shines through!

Gen. 3:15 “I will put enmity between you and the woman, and between your offspring and her offspring; he shall crush your head, and you shall bruise his heel.”

There would come an offspring of the woman who would crush the head of Satan. This offspring would bring them back to Eden, to the Land. He was going to raise up a savior who would lead us back to God. God was making a way to again be our Immanuel

In Gen. 12 we’re introduced to a man named Abram. God initiated this relationship with one man. He sought out Abraham and established his covenant.

What was that covenant?

God’s promise of Immanuel is reborn!

“bless you; multiply you; give you the land; be your God”

Sound familiar?! God was preserving the family, the line for the promised offspring, who would lead his people back to the Land where God could again be Immanuel.

There was a famine; people went down to Egypt; slavery; It seems like they’re taking a step backward. Will God’s plan be foiled?

God raises up Moses to rescue the people. God promised deliverance for the nation saying, “I will take you to be my people, and I will be your God, and you shall know that I am the LORD your God…” (Ex. 6:7). And when God brought them up out of Egypt, his divine presence was with them:

God was making it happen! His presence is leading his people. But God’s intent was to again live in the midst of his people.

When Moses goes up the mountain to meet with God, God gives him the plan: he was to build a tent, the tabernacle: “And let them make me a sanctuary, that I may dwell in their midst” (Exod. 25:8)

And with the presence of God in the tabernacle, He proclaimed that it would be as a new Eden

“I will turn to you and make your fruitful and multiply you and will confirm my covenant with you…I will make my dwelling among you…and I will walk among you and will be your God, and you shall be my people” (Lev. 26:9, 11-12).

This is the first time since Eden when God would live with his people! It’s happening! Immanuel is coming about! The Tabernacle, the tent, is a very important step. But the tabernacle was temporary, it was portable. The people weren’t settled—still wandering in the desert. They weren’t in the Land. They weren’t home

God raised up Joshua, to lead His people into the Promised Land, to vanquish Israel’s enemies in the Land, and to give the people rest. Once settled, God establishes the nation, raises up kings. King David desired to build a temple for the Lord, a place where the Lord’s presence would dwell, but God left that job to his son, Solomon.

When Solomon built the temple the promise of Immanuel took a new shape!

Could this be it? Could the temple be the fulfillment of God’s original promise? It sure seems like it!

The people have multiplied exponentially. They live in the Promised Land. God dwells with them in the temple

But again the nation rebelled against God and fell into persistent idolatry, wickedness and rebellion against God. Because of their sin, God’s glory departs from the temple–from the Holy of Holies to Outer Courtyard (Ezekiel 10:4-5), to the East Gate (vv. 18-19), Out of the city (11:22-24).

Then the unthinkable happens:

Therefore he brought up against them the king of the Chaldeans, who killed their young men with the sword in the house of their sanctuary and had no compassion on young man or virgin, old man or aged. He gave them all into his hand. And all the vessels of the house of God, great and small, and the treasures of the house of the Lord, and the treasures of the king and of his princes, all these he brought to Babylon. And they burned the house of God and broke down the wall of Jerusalem and burned all its palaces with fire and destroyed all its precious vessels. He took into exile in Babylon those who had escaped from the sword, and they became servants to him and to his sons until the establishment of the kingdom of Persia (2 Chron. 36:17-20)

A new sin/rebellion led to a new exile from the Land. Just like Adam and Eve, Israel is expelled from “Eden”, the Promised Land. The relationship with God is broken. Immanuel has left his temple and His people are again living east of Eden, wandering in wilderness

But God had promised to rescue Israel. He had before promised salvation from an evil king. In fact, he said he would prove that he was going to rescue them by giving a sign:

Isa. 7:14: “The Lord himself will give you a sign. Behold the virgin shall conceive and bear a son, and shall call his name Immanuel.”

In their wandering and exile, this promise took on new life. This promised child wasn’t just going to give a temporary victory from an enemy king. Isaiah must have been speaking of THE offspring that had long been prophesied.

This offspring would be the one to crush Satan’s head, to reverse the curse, to lead God’s people back to Eden, to make a way for God to again be Immanuel.

God had not forsaken his promise. Despite what they had done, he would be faithful. Even though Jerusalem had been destroyed, and his people were taken far away into exile, God himself was going to accomplish it.

Through years in captivity the longing grew and grew. Then the prophet Zechariah before the close of the Old Testament spoke again of that day:

Zech. 8:8: Thus says the LORD of hosts: behold, I will save my people from the east country and from the west country, and I will bring them to dwell in the midst of Jerusalem. And they shall be my people, and I will be their God, in faithfulness and righteousness.

God was going to accomplish his promise! He would bring his people back. He would make the way. He would finally be Immanuel.

No word from God. No more prophecy. 400 years went by—almost twice as long as US existed. God’s people were oppressed, in pain, suffering, wandering without a home, feeling far from God.

Do you feel it? When someone you care about gets a grim prognosis. When you’re reminded daily about the loss of a loved one. When you turn on the tv and see pain and suffering

Christmas is the reminder that we all are waiting, longing in need. Don’t be afraid of the longing. Don’t slam it shut in the closet and put on your smiley Christmas mask.

And who do you know who is longing? Family strain, poor health, far from home? Tell them they’re not alone! This is our story!

To fully appreciate the cross, we have to deeply feel the longing.

We are wandering in the wilderness of sin and pain.

We need a savior

We need “Immaneul”—God with us

That mourns in lonely exile here

Until the Son of God appear…”