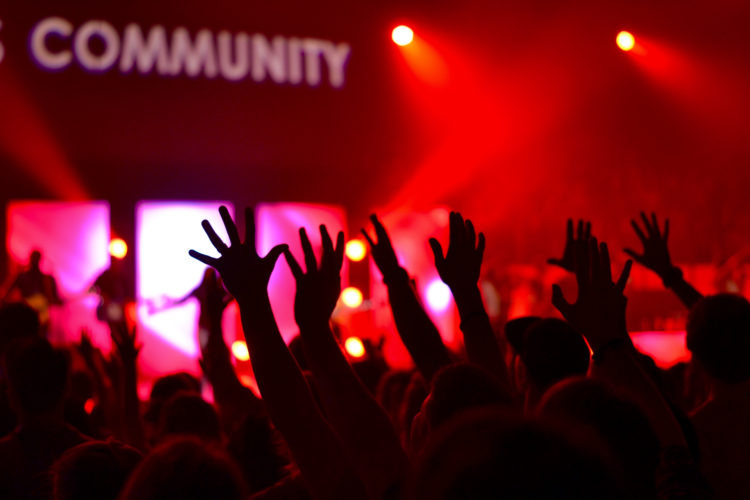 Mrs. Spencer sits in her pew, the same one she sits in every week, and takes out her Bible. She knows the time will come when the pastor will announce today’s text. Until then, she waits. The “Welcome” does not really apply to her, because the young pastor seems to want to make the guests feel welcomed. She’s been there over fifty years, so she’s as about as welcomed as she could be. Mrs. Spencer barely knows any songs, but she sings anyway. The drummer drums too loud, at least for her taste, and the worship team doesn’t really help by directing with their hands like the old music minister used to do. The pastor preaches longer than Mrs. Spencer remembers the former pastor preaching, but she follows him along in her trustworthy large print KJV. After the service ends, young children fill the halls. The seasoned church veteran can hardly walk with out tripping over a rogue toddler, but there’s a peculiar glory in it all…this is the church, the bride of Christ, and every Sunday is warfare.

A look into the New Testament will show that Jesus’s ministry was very much built around questions about the end times. As G. K. Beale writes, “Just as when you put on green sunglasses, everything you see is green, so Christ through the Spirit has placed eschatological sunglasses on his disciples so that everything they looked at in the Christian faith had an end-time tint.”[1] The very nature of the New Testament and the church is end-times related.

When the church gathers together in all of her peculiarities, she engages in war. The church worships as part of the “already not yet” kingdom in order to engage the principalities of the air (Eph 6:12). The bride of Christ exists as an eschatological institution and movement designed to push back darkness as a sign that the kingdom of God has come in the person of Jesus Christ the Nazarene (Mark 1:14–15).

Mrs. Spencer may not quite understand why her church does some of the things they do, but she realizes that the church exists more than a consumer store for her pleasure. Her church is a part of who she is, and she is a part of her church. She engages in singing, even the Hillsong and Bethel songs that would not have made it into the doors of her church forty years ago. She gives her money, even when she knows much of it will be given to international missionaries who serve in countries she has never been to or much less heard of. Mrs. Spencer gets it. Her church is eschatological, and the weekly worship gathering is war. They are engaging with the present darkness, even when they don’t realize it.

Preaching about sex and the end times may draw a crowd. But when we gaze into the depths of the Scriptures we find that the end times are upon us. Jesus has come, and he has announced the arrival of the kingdom. Now, through our union with Christ, we join Christ in announcing the kingdom and engaging the culture with the ethics of the kingdom. We don’t need a Left Behind novel to tell us where we stand in the context of redemptive history. We exist within the “already not yet” of the kingdom, and we declare the gospel in word and deed as a sign that the kingdom has come.

Sunday worship is war…but our King has won and our battle cry is tried and true: “The time is fulfilled, and the kingdom of God is at hand; repent and believe in the gospel” (Mark 1:15).