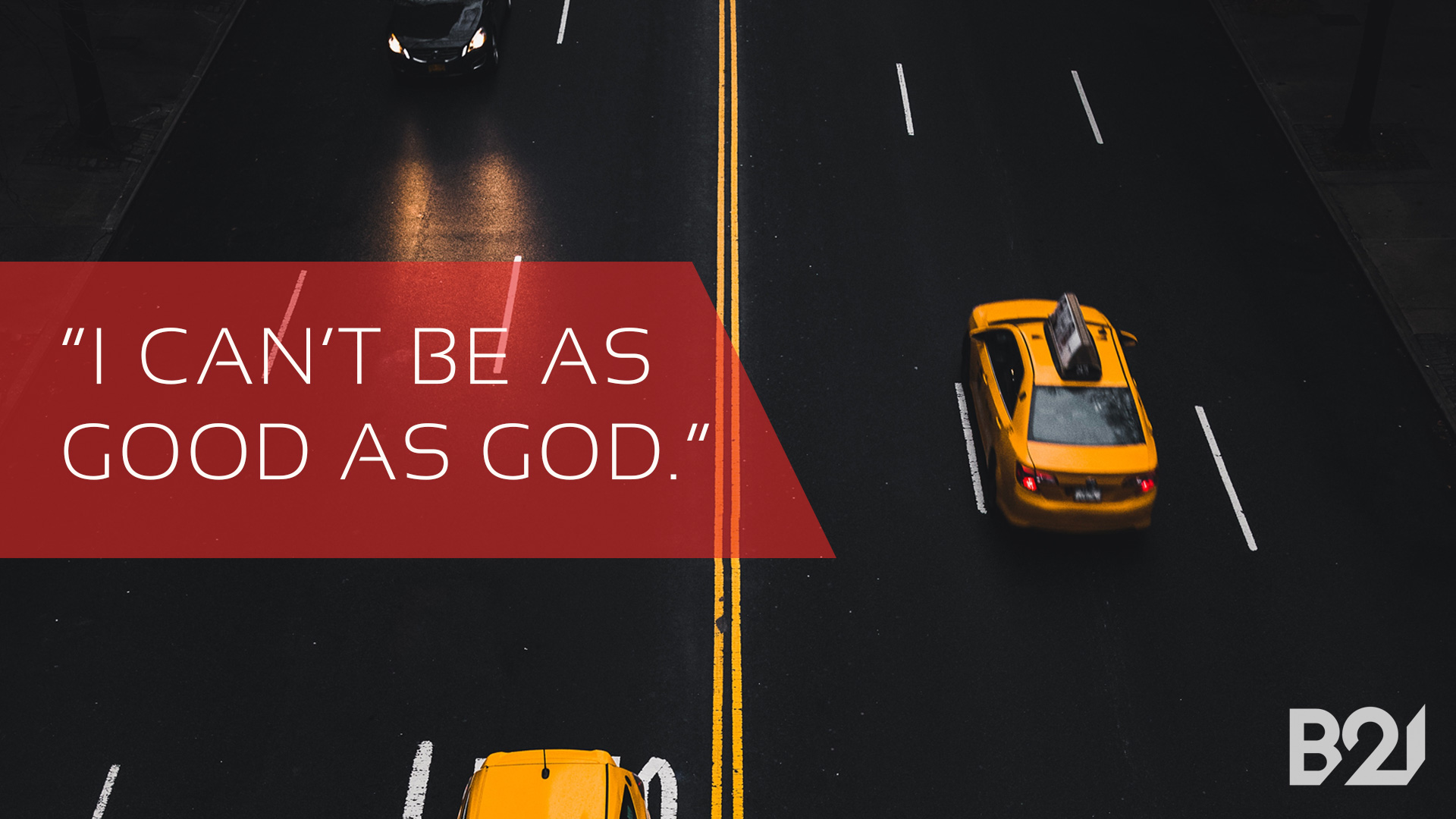 “the gospel is only good news if it gets there on time.”

I was with a friend. We just finished breakfast and ordered an Uber for the airport. Our driver, smiling ear to ear was interesting, fun and creative. He had what I would consider Chicago style blues playing in his rhythmic sedan—horns and major seven chords. I felt I had entered a scene from a movie from the thirties.

He was a musician. A guitar player. He volunteered at a local jazz club with musicians from the local university.

He found out I was from Miami. “Oh, the girls there” was his response. I deflected. “You mean a bunch of women in their fifties who think they’re 25? Sure.”

I agreed and deflected again. “I picked up guitar to impress the ladies,” I said, “but I was still chubby so it didn’t help.” It actually isn’t true, but it sounded funny.

We all laughed again.

I followed up. Do you attend church in the area? He paused. After two failed attempts to respond, he said, “no, I’m spiritual though, a man of faith, but I don’t believe in organized religion.” He continued about how he’s from a family of ministers. He grew up with it. He knows it well.

He said something that caught my ear. I didn’t initially understand what he meant though. He said, “I can’t be better than God.”

I agree with that. We can’t be better than God. In fact, to ponder that thought would be a high absurdity.

God is first. He was before anything else was. We also learn from the Scriptures that he is good and fair. But not just generally good and generally fair, but truly and fully good and always fair and constantly equitable. So yes, we cannot be better than God.

But he didn’t like church, he wanted nothing to do with it. He wanted Jesus though. He wanted Jesus, but he didn’t want laws that condemn and he couldn’t comprehend a God that would punish his children. In fact, that’s what he meant when he said he couldn’t be better than God. If he was able to love his children, thoroughly, completely, indiscriminately and always, then so could, or, so would God.

I get his logic. To have children is unlike anything else. It changes you. You see yourself in that child, the nose, the eyes, the temper, and the grace. Your life purposes change. No longer is life about you. It’s about someone else. You want that child to do better than you did. The hope is that your child will not trip over the rocks that you tripped over. They would understand in the ways you weren’t able to understand.

And so my Uber driver said he doesn’t believe in a God that would create children only to disavow them because of some commitment to the idea of justice. So God stands there. In spite of rebellion, in spite of loving the things he himself hates, he stands there with his arms open to welcome.

I was intrigued. I tried to tell him about the faith the Bible presents. I said, “I’ve heard Christianity described as bad news and good news. The bad news, God is good.” I told him that God is righteous and just. I told him that as our creator and judge we have to give an account for our wrong.

He interrupted, “that’s exactly what I don’t believe.”

I responded, “that’s what the Bible teaches.”

He got a little defensive then calmed down when he realized we were fine to let him speak.

He didn’t believe the Bible. It’s imperfect. It’s a copy of ancient myths that had creation-like stories and how all the things taught in the Bible existed in other ancient religious books centuries and millennia before the Christian Scriptures were collected and written.

And so. God doesn’t demand righteousness from us because he is a father much like our Uber driver is a father. When his children do wrong, when they veer he doesn’t demand better. He is their cheerleader because, love.

These are dangerous thoughts that do not take seriously God’s goodness. Our hearts do not know how to handle this message. When we ponder a holy God the thought is horrendous. Who can stand before such a being?

We comfort ourselves with thoughts of acceptance and what we hope love to be. But our comforting thoughts do not change the reality which we will all one day face. Broken and sinful people will one day stand before a holy God, the unclean before the clean and he will judge him for what he has done.

I was never able to share with my driver the good news. He didn’t let me. I tried to interject at one moment, but he said, “let me finish.”

My friend was able to get a few words in before we arrived. He identified with him on multiple levels and told him about Jesus and how God’s wrath against us is subdued in him when we believe.

What I wanted to tell him was that the good news of God is the same as the bad: God is good. He sent us Jesus to die for us and that is good news. We can sidestep God’s wrath, not by obfuscating God’s goodness, but by accepting it’s reality and dark implications. A Christian doesn’t assert his goodness over the next man. He’s surrendered to the reality of his sin.

“I am a sinner,” the holy and sober confession of a Christian.

He accepts his damning and declares his dependence on Jesus. Paul says in a letter he wrote to the Christians in Rome, “there is therefore now no condemnation in Christ Jesus.”

Pastor Jesse serves on staff at Providence Road Church in Miami, Florida, a congregation he helped plant along with several others sent out from Open Door Church in Raleigh, NC.  Jesse is married with 3 kids and enjoys overseeing the missions & young adults ministries at PRC.  Prior to planting, Jesse studied at Southeastern Baptist Theological Seminary.