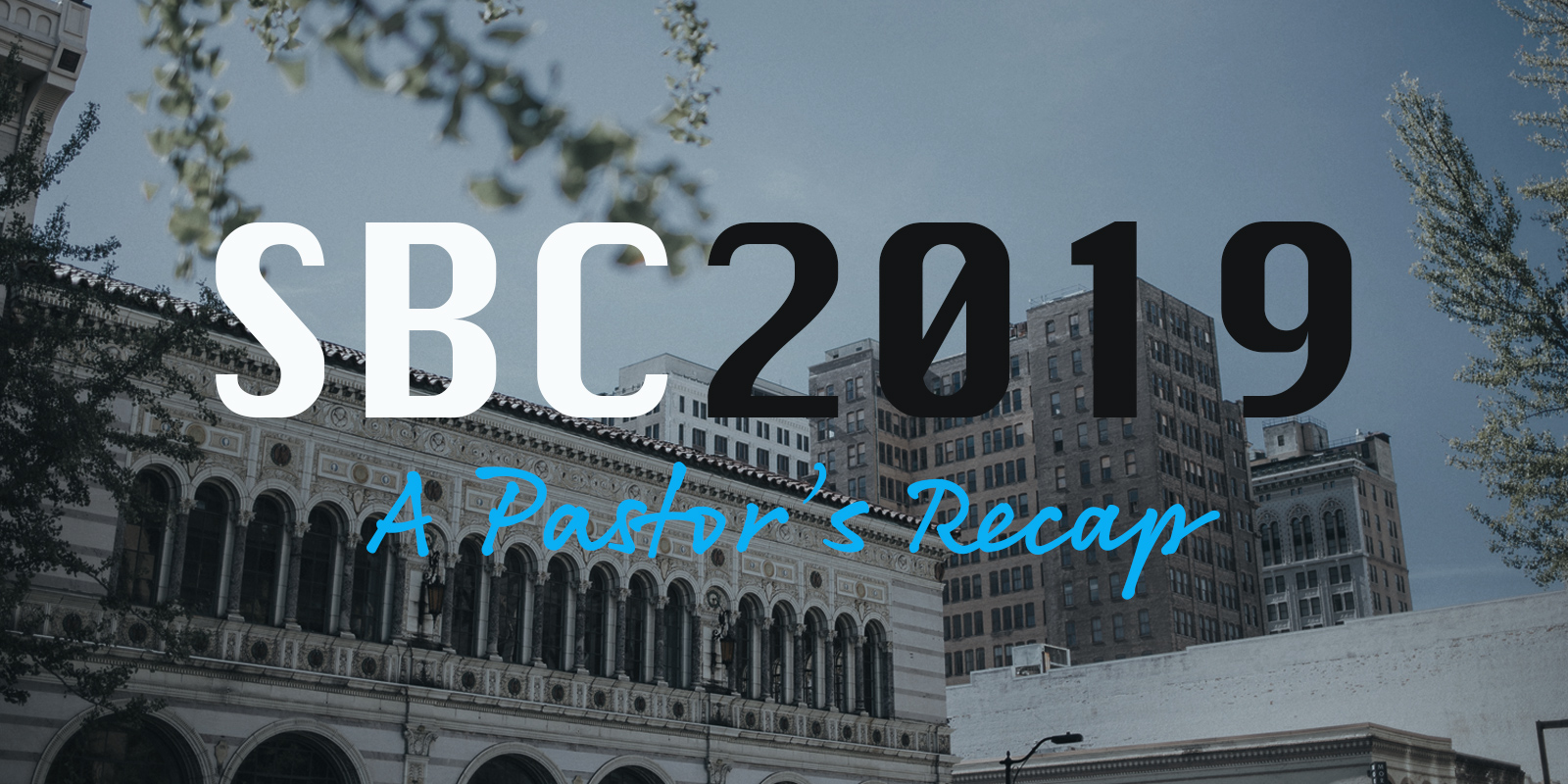 Last week I had the privilege of attending our SBC Annual Meeting in Birmingham. This was my fourth convention and I left my time there encouraged and thankful to be a part of the SBC. In reflecting on my time at our Annual Meeting, I offer four areas of strength and one area for improvement.

1) Leadership from JD Greear
At one point, JD stated that convention meetings should feel “like prayer meetings with business mixed in”. He did an excellent job in leading our time in line with that value. The meetings were prayerful and worshipful while also covering important items of business. JD made several changes in the format and schedule that made a big difference. I thought it was a great call to not have evening sessions. This allowed for many to choose to spend that time connecting in networks. Additionally, the schedule change allowed for the IMB Missionary Send-Off to take place in the afternoon session, when the attendance was higher.  There were also three panels mixed in that covered centerpiece topics and gave the messengers a chance to hear from a variety of voices. The changes that JD made to the convention meetings led to this being the most enjoyable convention that I have attended!

2) Overwhelming Support for Amending the By-Laws
I’m thankful for the overwhelming support of the messengers to strengthen our stand against sexual abuse and racism. Our leaders did not dodge these difficult topics but rather put swift action before the convention that was met with tremendous support. Furthermore, this type of action reinforces the ecclesiology that we share. While we believe in the autonomy of the local church we also understand the role of accountability when it comes to our cooperative efforts. This action highlighted both autonomy and accountability and modeled how we should think about our association and cooperation with other churches.

3) Lunchtime and Evening Events
Every year the panels and lunches during the breaks are a highlight for me. This year was no exception. The ERLC’s “Sexual Abuse and The Southern Baptist Convention” panel was an important gathering that ended up attracting a large crowd on the night before the convention. It was encouraging to see how many made it a priority to be there. I was particularly moved by Susan Codone sharing her story of the abuse she suffered. I’m thankful for the courage that she had to share with us and I pray that God uses her story to bring about change. Additionally, I attended the Baptist21 Luncheon, 9Marks at 9, and the SEBTS Luncheon and benefited from my time at each of them. If you attend the convention you should plan to be at as many of these gatherings as you can. They are a great way to make the most of your time at the SBC.

4) Spotlight on Evangelism and Missions
I left this convention thinking more about how to lead in evangelism and missions than I have at any other SBC I’ve attended. The “Who’s Your One?” theme was highlighted and presented in a way that encouraged and challenged me to think about leading my congregation well. The IMB Mission Sending Celebration has always been a highlight of the convention for me, and this year it was made to be the centerpiece of our time together. The afternoon slot was a great place to celebrate those being sent out to the nations. I don’t think there was a dry eye in the room! What it means to be a Southern Baptist is that we cooperate for the spread of the gospel. I’m thankful for how clearly that was modeled this year!

ONE AREA FOR IMPROVEMENT

1) Model Godly Disagreement
Generally speaking, many Christians could stand to grow in both giving and receiving godly feedback. In that spirit, I will throw out one point of constructive criticism from my time at the convention. We came into the convention with some online chatter about differing views on complementarianism that related to women preaching at the Sunday morning gathering. I appreciate the many calls for unity but we could take it a step further and consider what godly disagreement looks like over an issue like this. After all, unity does not require unanimity. We need to grow in maintaining unity while we disagree. While the issue of women preaching was brought up on some panel discussions (both during the convention sessions and at outside meetings), I think we missed an opportunity to challenge one another and to speak clearly on this matter. Our convention meetings are times to influence each other and it would have been helpful to hear a greater level of engagement on this issue.

While the trip to the Annual Meeting requires a commitment of time and finances, I would encourage your attendance there. Churches would do well to budget finances to send their pastors and other key leaders. We can do far more together than we can do on our own and our Annual Meeting is critical to our unity and cooperation together in the advance of the gospel!

Dave is the lead pastor at Oakhurst Baptist in Charlotte, NC, a growing replant affiliated with the Pillar Network. Dave has a M.Div from SEBTS, a BA from UNCC and was trained for the ministry at Capital Hill Baptist in Washington, DC, where he previously served as an elder.