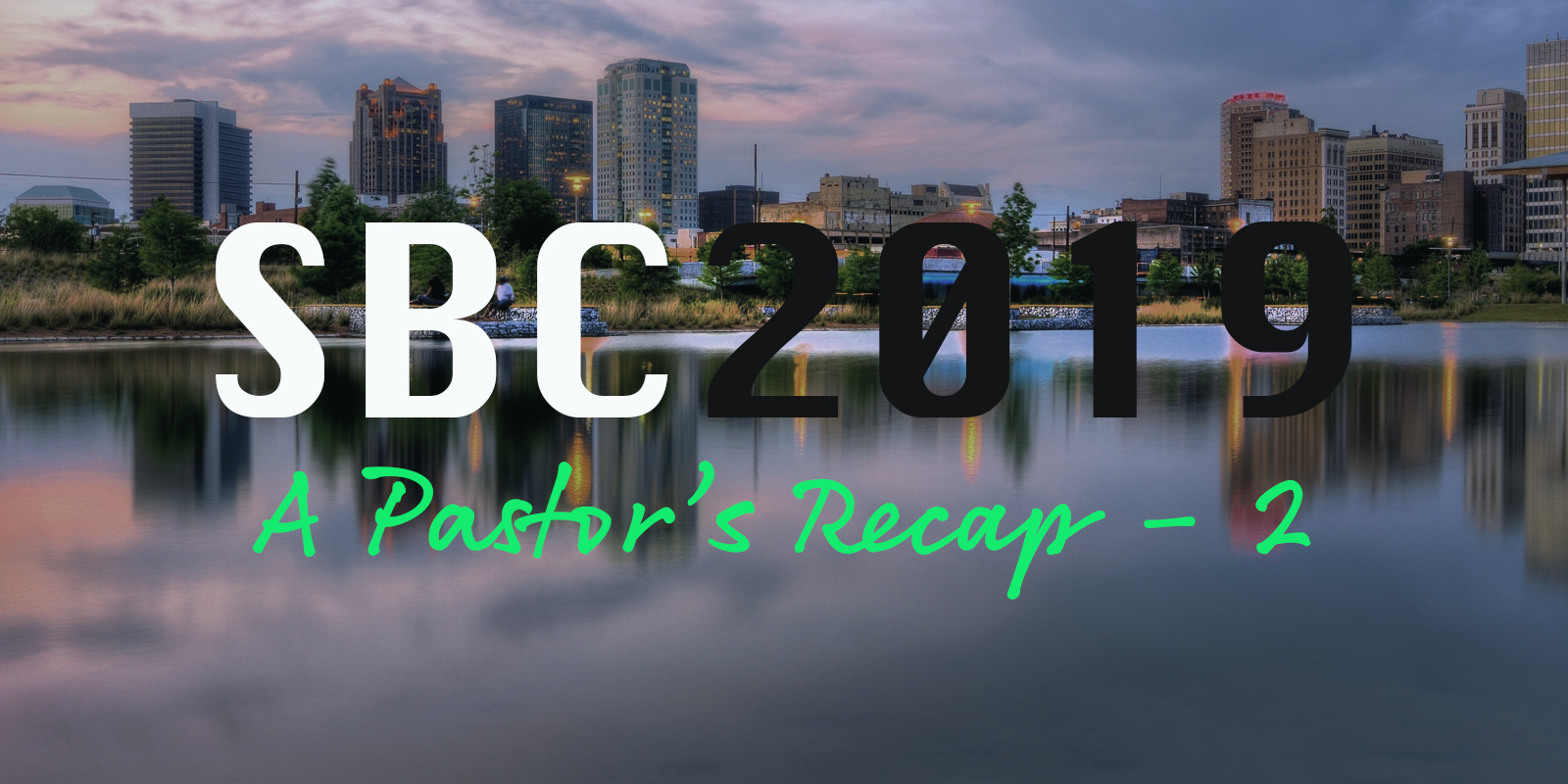 After planting a church “in friendly cooperation with the Southern Baptist Convention” over a year ago, I had the opportunity to attend this year’s Southern Baptist Convention in Birmingham, Alabama. While last week’s gathering marked the 162ndtime the SBC’s annual meeting has taken place, this was my first, both as an attendee and as a messenger. What follows are a few brief thoughts from someone new to the massive family reunion that is the Convention.

In playwright Lin-Manuel Miranda’s Broadway sensation, Hamilton, Aaron Burr sings of his desire to “be in the room where it happens.” Burr laments the fact that while Alexander Hamilton and Thomas Jefferson negotiate the Compromise of 1790, a deal which led both to the passing Hamilton’s debt plan and the relocation of our then fledgling nation’s capital to the District of Columbia, he’s left outside, forced to guess how the deal went down. In some sense, attending the Convention was like stepping into ‘the room where it happens.’ Listening to reports from entity heads, hearing stories of the gospel’s advance across the globe, and speaking face to face with fellow Christians at the SBC served me immensely. It left me feeling not just knowledgeable about the work we’re doing as a convention but involved firsthand in it. Attending the Convention equipped me to speak about the work of the SBC to my church. And it underscored the responsibility we all share, at some level, for the health of our denomination. If you want to be a part of the process, it starts with showing up.

Without a doubt, the most moving portion of the entire Convention was the IMB’s commissioning service, where 26 missionaries were prayed for and sent out to take the good news of Jesus Christ to the ends of the earth. If there was ever a reason to be involved in denominational life, this is it.

Each missionary or missionary couple was highlighted, some without showing their faces, given that the places they are headed are quite hostile to Christianity. For each one, the church sending them was mentioned.  As the pastor of a church barely one-year-old, that little detail was powerful. To date, we’ve not yet sent anyone overseas to evangelize the lost, pray for conversions, and round up the newly converted disciples into a new church. But because of our partnership with the SBC and its commitment to the Great Commission, we’re not relegated to the sidelines! I left Birmingham thankful not for one specific church, but for the collective strength of Southern Baptist churches working together, for the glory of God.

Lord willing, I’ll be at next year’s annual meeting of the Southern Baptist Convention when messengers assemble in Orlando, Fl. I’m still a newbie, but I imagine, similar to this year’s convention, there will be things that are said and done in Orlando that I’m confused by, maybe that I don’t even agree with, however, I also imagine there will be many more things that transpire that I can get behind. Either way, I look forward to doing my part by showing up in the room where it happens.

Matt is the lead church planter at Kendall Baptist Church in Miami, FL, which launched in 2018. Matt is furthering his studies at SBTS and previously served on staff at churches in Florida & Washington, DC.