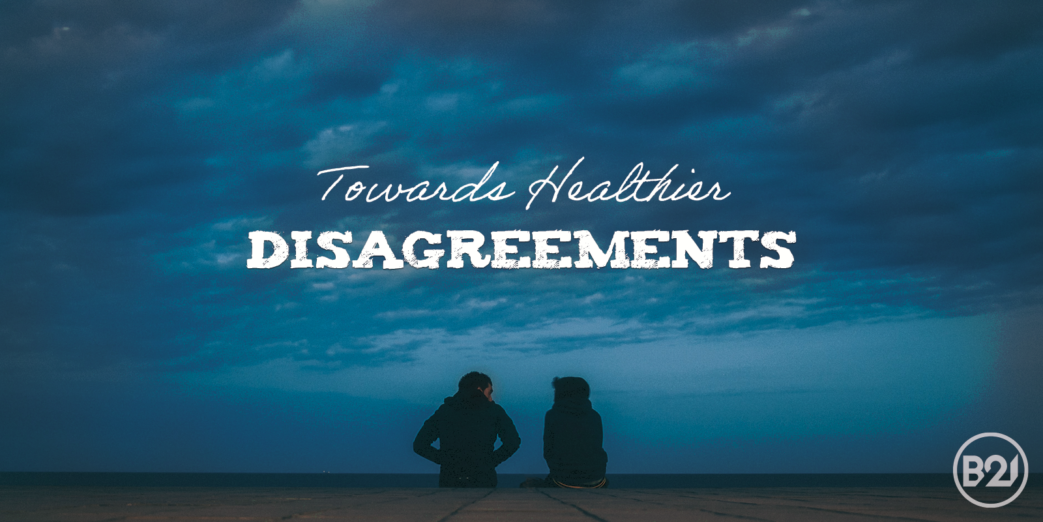 When the biblical idea of “unity and diversity” becomes a reality amongst Christians, most figure out that it is a lot messier than it sounds. There’s enough sin present amongst believers to make unity impossible, apart from a massive influx of heart-transforming grace.

One of the temptations in the midst of the friction is either to be, as Ken Sande so helpfully pointed out, a “peacefaker” or a “peacebreaker.” Peacefakers ignore problems that should be dealt with. Peacebreakers create problems. Jesus, of course, calls us to be “peacemakers.” Peacemakers face and fix problems with the grace of God for the glory of God.

As we all attempt to be the peacemakers that Jesus intends for us to be, I thought it might be helpful to offer a few practices that we should avoid.

Demonizing – It’s okay, in a world where we “see through a glass dimly,” to disagree. We should expect it. One of the temptations we need to avoid is the temptation to demonize those we disagree with. Demonizing is not just questioning their perspective; it’s questioning their motives. They have bad motives instead of the pure motives we have. C’mon. Love your neighbor as you love yourself. You love receiving the benefit of the doubt, and so do others.

Narrativizing – Narrativizing is putting people in a “narrative” or “group” because they said something that has been said by that “narrative” or “group.” Just because someone says something that has been said by a movement you don’t like doesn’t mean that they are a part of that movement. If you don’t want to be put in a movement you dislike, then do your best to avoid doing that to others. It’s intellectually lazy and dishonest.

Propagandizing – Propagandizing often happens when we exaggerate to advance a particular perspective. Exaggerating is a form of lying. Don’t exaggerate others’ perceived misdeeds or your own perceived successes. Nobody likes to have serious conversations with people who misuse the truth in this way. This is especially tempting when the person does not share your perspective.

Catastrophizing – We live in a world that acts like every little problem is the end of the world. Peter messed up more than once. The mission can still move forward even when leaders mess up doctrine or practice. It doesn’t mean it isn’t important; it means that it isn’t ultimate. Respond appropriately.

The answer for biblical unity isn’t less disagreement; it’s healthier disagreement. If we are going to be peacemakers, we need to avoid these four problematic practices.